I believe that the future of navies was written on the wall by the nazis. It just has taken a while for the technology to catch up.

It’s hard to believe but the nazis built a radio-controlled guided missile; it’s not exactly a cruise missile since it didn’t contain its own mapping and terminal guidance, but it was a pretty impressive feat for its day. 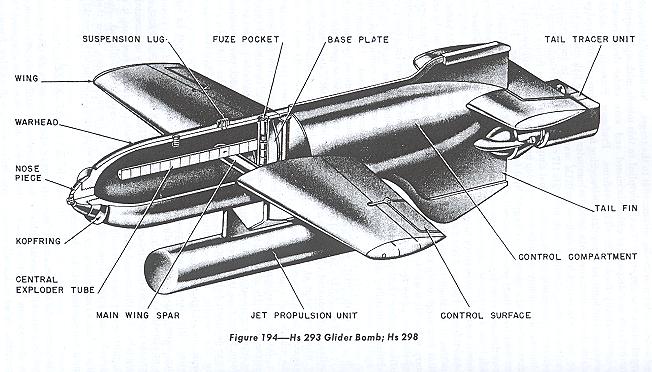 It even had that lovely 1930s German art deco design look. The designer, Herbert Wagner,[wik] was one of the German scientists who was imported secretly to the US after the war, to turn their bomb-making and nefarious skills against the Japanese. Wagner wound up at Ft Detrick, MD (where I used to hang out occasionally when I was in college) along with a host of other shady characters including, after the war, Dr. Shiro Ishii [I intend to someday do a posting about Dr Ishii and his work][but it’s depressing].

The glider bomb was piloted remotely using a multi-radio control system with a joystick. [wik] Overall, the weapons system worked pretty well – well enough to send the allies into a shitfit of producing experimental radio jammers to break the drone’s command/control channel. In use, the drone had flares on the back, so the pilot could see it and navigate it. (those are the “tail tracer unit.”) 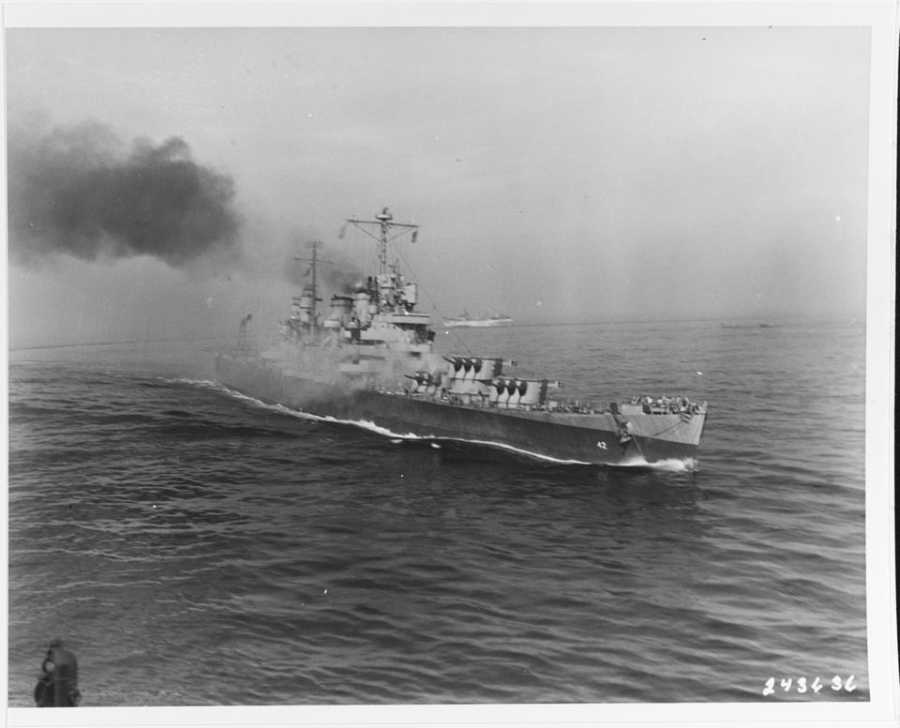 The USS Savannah, hit by a Henschel glider bomb off Salerno

The Savannah was not sunk but was severely damaged, dead in the water, and several crew were killed (and a few spent 60+hr in watertight compartments below water while waiting for the ship to be pumped out). It was a great big reality check, like the Exocet that hit the Sheffield. When, in some future conflict, someone tags a US ship, it’s going to be a great big reality check then, too.

What’s interesting to me about this ancient war-device is that it ought to have ended the era of the flat-top right then and there. But the command/control technology was just not quite good enough to make it a long-distance threat. Nowadays, of course, radar-homing anti-ship missiles like the venerable French Exocet, which famously sank the HMS Sheffield, are a separate technology branch that continues to be developed. China, apparently, is working on anti-ship missiles with ranges in the 2,000-3,000km ballpark. Big fleets of ships look more and more like sitting ducks, to me.

What never made sense to me is that governments still build navies. Well, really only one government builds navies, anymore, and that’s because a navy is necessary for imperial force projection. The bell tolled for navies in WW2, but “big navy” is tenaciously clinging to its budget dollars.