The US empire was forged in Pittsburgh, and in Bethlehem, and Baltimore’s Sparrow’s Point. The plant at Bethlehem was huge; I spent a day wandering inside the year before it was finally torn down.

A gigantic overhead gantry ran out into the plant yard where steel was poured into gigantic molds. The turrets on the battleship New Jersey were castings, not pieces welded together; the overhead steel-carrying system that poured 2500+F steel into the molds could carry a liquid battleship turret’s worth of material in a single operation. At the other end of the plant were the great fires that melted the metal and kept it liquid. The great carrying system was called the Hoover-Mason Trestle; it was the World War II-era industrial automation of the mill. During the great wars, so many bodies were needed to make the guns and turrets that women were pressed into service at the steel plant; there was Rosie the Riveter but also Alice the Oxy-Acetylene torch artist. 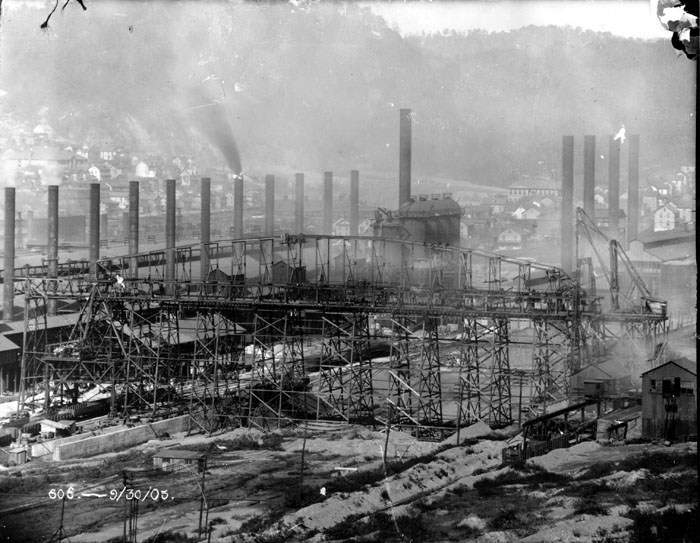 They didn’t have safety equipment, except for the stuff that was needed to ensure survival. Without a doubt women came out of the plant with their lungs scarred and their lives shortened, their joints torn with heavy metals and their livers cancerous from cadmium. 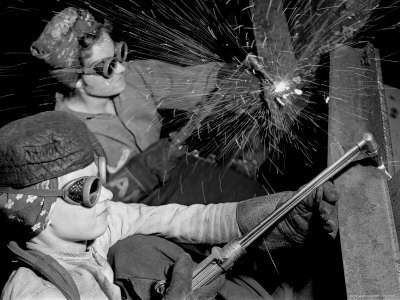 What happened to US Steel is two-fold: people began to realize how long-term dangerous it was, how it shortened your life and – like coal mining in the Appalachians – produced an aging coterie of wounded people who wanted medical assistance. Second, the wars ended, so the war economy shifted, and the plants could drop to more reasonable production demands. That gave the plant owners time to automate some of the jobs, reduce the size of the work-force, mechanize. In the Appalachians the same was happening to coal: it was no longer a job of digging underground and pulling out carts with donkeys in the dark – now a dozen men with blasting jelly and strip-mining gear would simply scrape the top off a mountain, then put it back with the 6-foot-thick ‘A’ line of coal gone. Automate, mechanize, pressure the workforce and keep the unions from getting too strong. 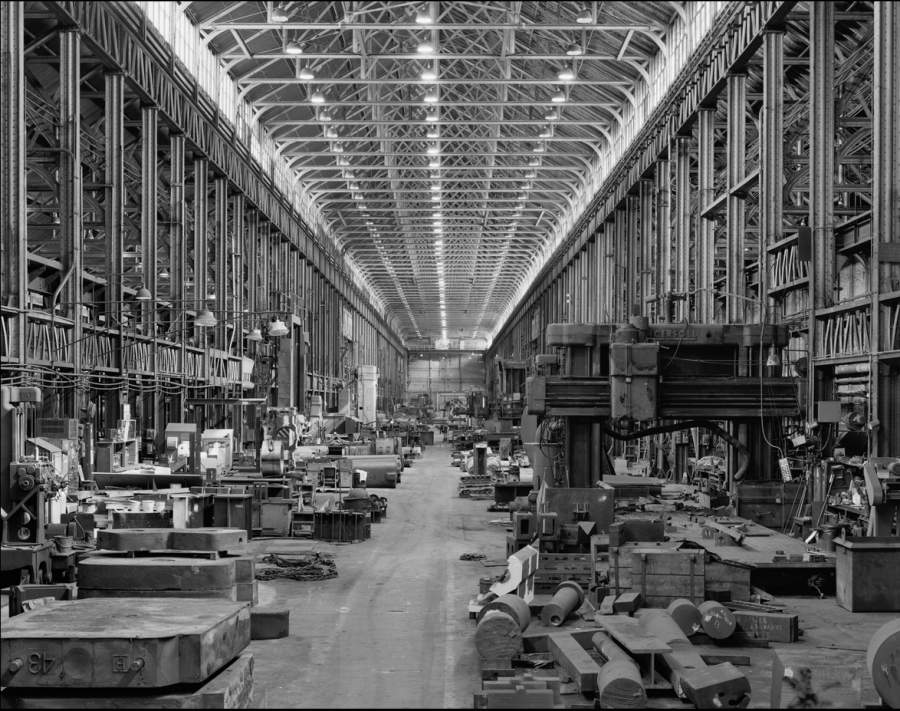 Bethlehem in the 1970s. Empty; the tools are all put down where they were being used.

Then there were the 80s, where the demand for steel dropped, but more importantly, the Wall St investment bankers invented a thing called “asset stripping.” It had nothing to do with steel, the steel business, or foreign competition; here’s how it worked: you find a company that has a lot of cash in the bank, perhaps a well-funded pension plan. Then, you borrow enough money to buy the company, break it apart, sell it, and use the cash it had in the bank to pay for buying it. It was a simple assets to revenues game: buy it, strip it, flip it, and move on to the next one. All you have to do is find a company that has made the mistake of being worth more than you can buy it for.

I remember in the 80s when Sparrows Point in Baltimore shut down – they just couldn’t keep it profitable, the new owners said, because the pension plan was too high and the workers would have to agree to a reduction if they wanted the plant to stay open. It didn’t matter: the spiral of layoffs continued. 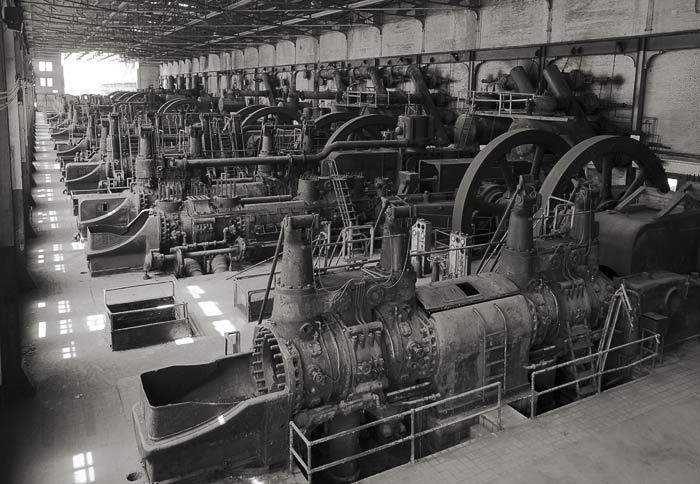 Meanwhile, the money went other places. It was cheaper to make the steel in China, and since the military economy had changed there was no obvious strategic problem with outsourcing production. Doubtless someone in Washington also realized that the days when giant lines of steel machines clawed at each other were over. There would not be tens of thousands of tanks, there would be a couple hundred but they’d be very good, very expensive, and they’d need a fraction of the production capacity.

What killed the steel factories? Capitalism, changes in how the US fights its wars, and the fact that the Chinese were able to make things for less. Also, the Chinese were building plants based on new technology; they didn’t have the cost of replacing existing infrastructure, which can be more expensive than starting from scratch. 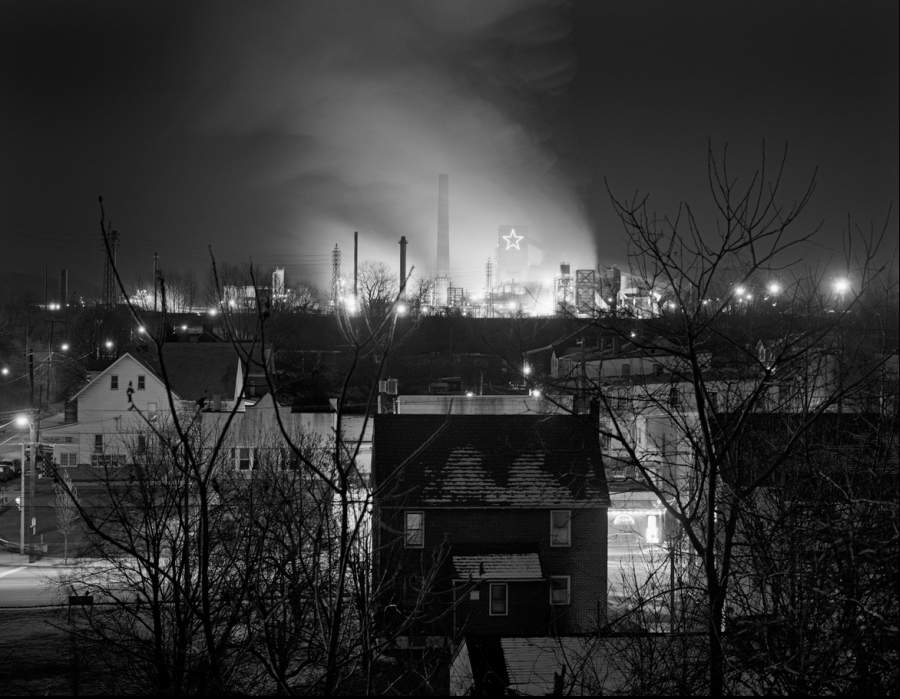 Bethlehem, before the fire went out forever.

The money wasn’t there, so the industry consolidated. Another problem was the cost of moving materials around – raw ore wasn’t coming from nearby any more, it was coming in by boat to Philadelphia from overseas. The industry was balanced on a fairly thin margin that got thinner and thinner. By the time the companies realized what was happening, they had a choice: re-build their plants completely in order to take advantage of more automation and drive their bottom line cost down, or shut down because they could not compete. The problem was, they had waited until the money was running out and there weren’t the necessary hundreds of millions of dollars to re-invent the US steel industry.

What’s crazy is that anyone thinks that steel (or coal) are coming back. If the US was deadly serious about steel, it could build electrical-powered plants next to nuclear reactors or wind farms – but the US is no longer able to do that cost-effectively. Nobody is. That’s the problem: as energy usage in industrial processes gets more optimized, it turns out that you’ve got to be big and efficient. Just big doesn’t cut it, and it never will again.

The current state of the art processes are mostly electrical arcs melting powdered steel into molds that have been designed on computers and made on CNC machines. The US has a lot of plants that work that way, actually, but when Americans think of steel, that’s not what they remember. 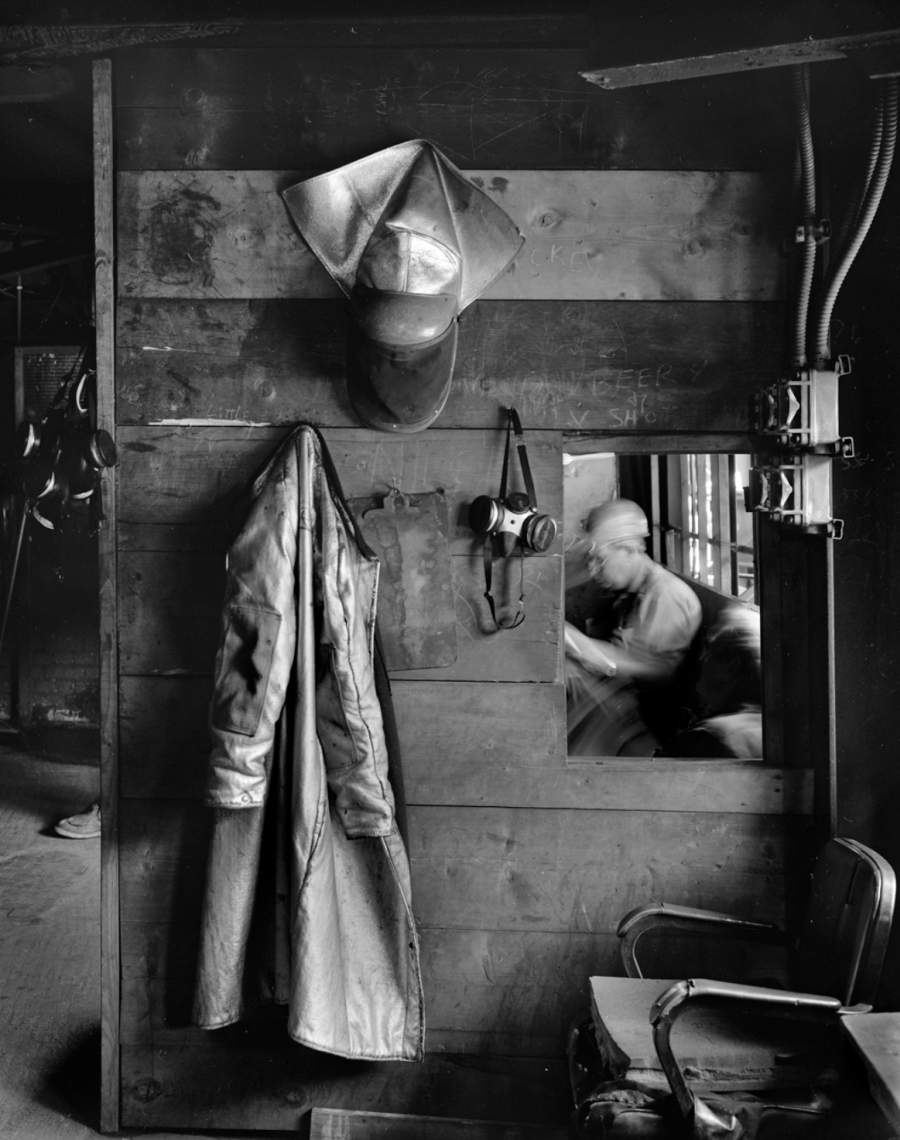 The death of the steel industry – driven by capitalist forces and fine profit margins – destroyed lives. We remember those, too. There were lots of Americans that trusted their company pension, which vanished. There were lots of Americans that trusted that the company would be there, and not be mis-managed to oblivion or shut down so that some Wall Street lawyer could buy another house in the Hamptons.

While he waited, the plant’s last chance evaporated. A competitor bought the facility’s most valuable mill for spare parts. Everything else would be sold off in pieces or demolished, the land redeveloped, likely for industrial uses such as a marine terminal.

“That’s it, Deb,” he told his wife after hearing the news at a December union meeting. “It’s gone. It’s gone.”

The months after the layoff changed him. He was quieter. Stopped telling jokes. Slept less. Sometimes as he struggled on the computer “he would scream and hold his head,” his wife says.

His remaining hope rested on a welding course that was to begin the first Monday in January. The Friday before, he called Pennsylvania’s workforce agency to make sure that his funding was set. Not yet, his rep said.

The next day, when Debby Jennings popped out for a blood test, her husband walked to the shed, put a shotgun under his chin and pulled the trigger.

There’s a real human cost when companies shut down, when industries are screwed up so badly that they become prey for corporate raiders. You can’t expect coal miners to understand the big businesses, you can’t expect the steel-workers to foresee what a change in the cost of diesel fuel will do to the cost of ore shipments; they trusted the executives.

And they’re still being played for suckers: “we’re going to bring back steel,” some say. But they know they’re lying. They’re just farming the workers for votes.

I feel for the steel-workers. They had horrible working conditions and dangerous jobs, but they did them. So, afterward, they felt proud of surviving and accomplishing what they did. [meet you in hell]

As one iron “puddler” described his job: “For twenty-five minutes while the boil goes on I stir it constantly with my long iron rabble. A cook stirring gravy to keep it from scorching in the skillet is done in two minutes and backs off blinking, sweating, and choking, having finished the hardest job of getting dinner. But my hardest job lasts not two minutes but the better part of half an hour. My spoon weighs twenty-five pounds, my porridge is pasty iron, and the heat of my kitchen is so great that if my body was not hardened to it, the ordeal would drop me in my tracks.”

“Little spikes of pure iron like frost spars glow white-hot and stick out of the churning slag. These must be stirred under at once. I am like some frantic baker in the inferno kneading a batch of iron bread for the devil’s breakfast.” Reading such accounts lends credence to the generally accepted notion that in the steel industry, by the time a laborer reached the age of forty he was essentially “all wore out.”

Some of those beautiful photos are by Joseph E.B. Elliot [jee]. Elliot realized the steel plants were dying and got busy with his camera before it happened.

The Morning Call analysis of why Bethlehem Steel collapsed [mcc]