Sometimes, you get large, carefully-wrapped packages!!!

I thought “no way someone’d send me 30lbs of ammonium nitrate, so it’s gotta be something else!” 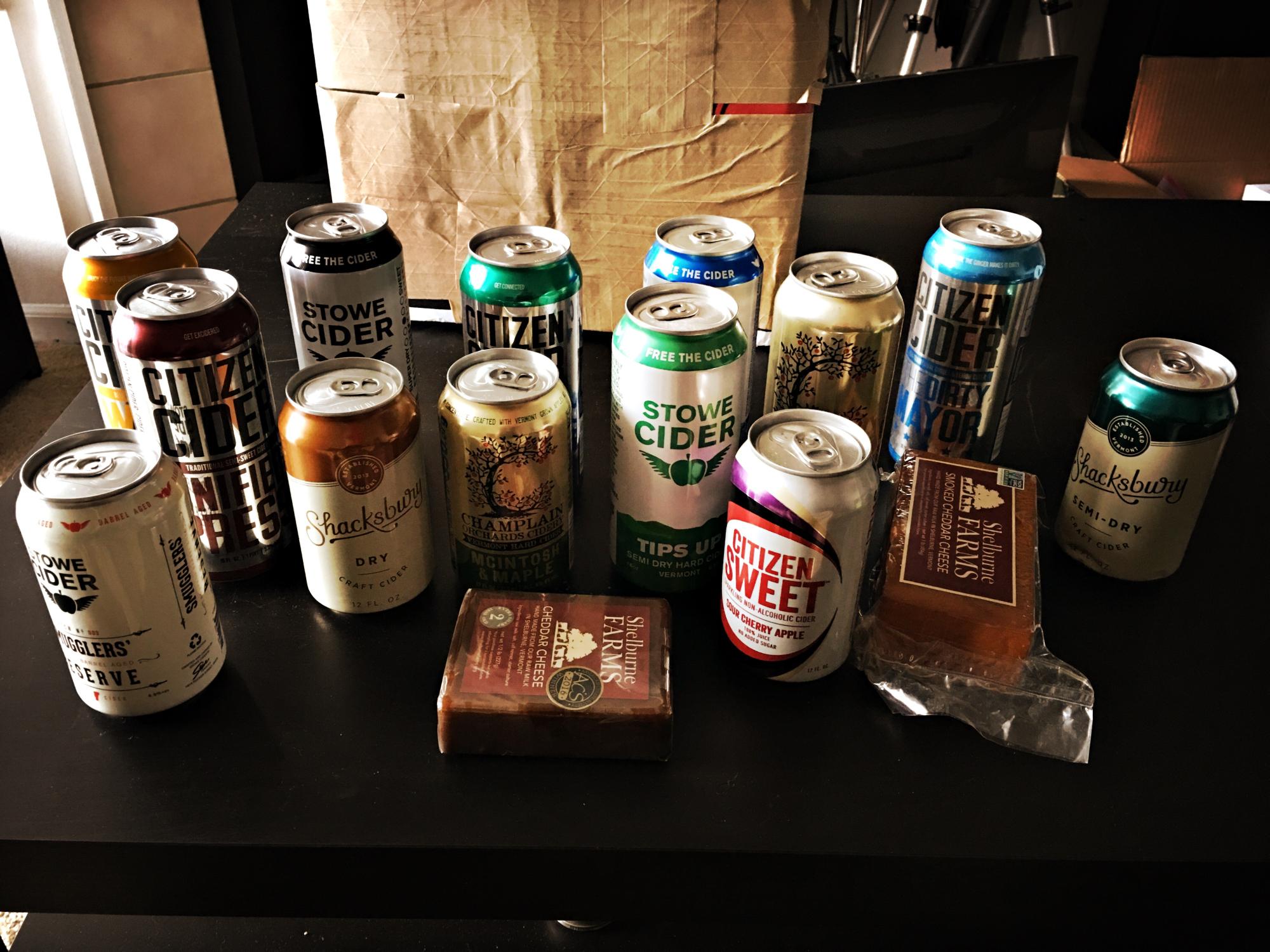 My fondness for Strongbow (do you know how hard it is to find decent cider out here in north central Pennsylvania?!) struck one of The Commentariat(tm) from Vermont as inappropriate, so they prepared a care package. It was beautifully packed in respect of the cider – not a single leak.

I am overwhelmed! Thank You! A friend and I have decided to taste-test our way through all of them. (She’s already made significant inroads into the waxed cheddar and was making happy noises) We tried the McIntosh and Maple and the Smugglers’ Reserve then went to see “Arrival.”

A good hard cider is a thing of beauty. Personally, I find the flavors of apples to be more complex than wheat or barley (though I am absolutely not deriding the products of those wonderful things!) and a good hard cider – especially the two we popped – tastes more like a champagne than a beer. That makes me wonder: I bet if I poured a good clear light hard cider in champagne flutes relatively few people would realize it wasn’t grape.

For more serious winter boozing, I take fresh apple juice (sometimes sold as “cider”) and heat it in the microwave with a couple of cloves in it, then serve it with a shot or more of cinammon Jack Daniels or Fireball. It goes down easy with some salty popcorn and a computer game.

In Sweden they make this stuff called “Copparberg’s Paron” hard pear cider. Back in 2006 or so, I was teaching a bunch of classes at Ikea and occupied the guest room of one of the corporate IT security people, who had a lot of Copparberg’s and a Wii. I vaguely remember a great deal of laughing as we played Rayman, and the carpet slowly rising up to hit me on the cheek. The Copparberg’s stuff is stronger than it tastes. I tried to sneak home a 6-pack in my luggage, but the cans were made of very thin aluminum so I wound up with sticky soaked clothes and a long wait and interrogation coming back through US customs. Thus began my international crime spree… A year later, I got an entire Parma ham home from Milan, and there was much rejoicing for a long time.