This little guy was waddling across my lawn in 2008, so I told the dogs to stay on the porch, grabbed my camera and ran out to say hello. 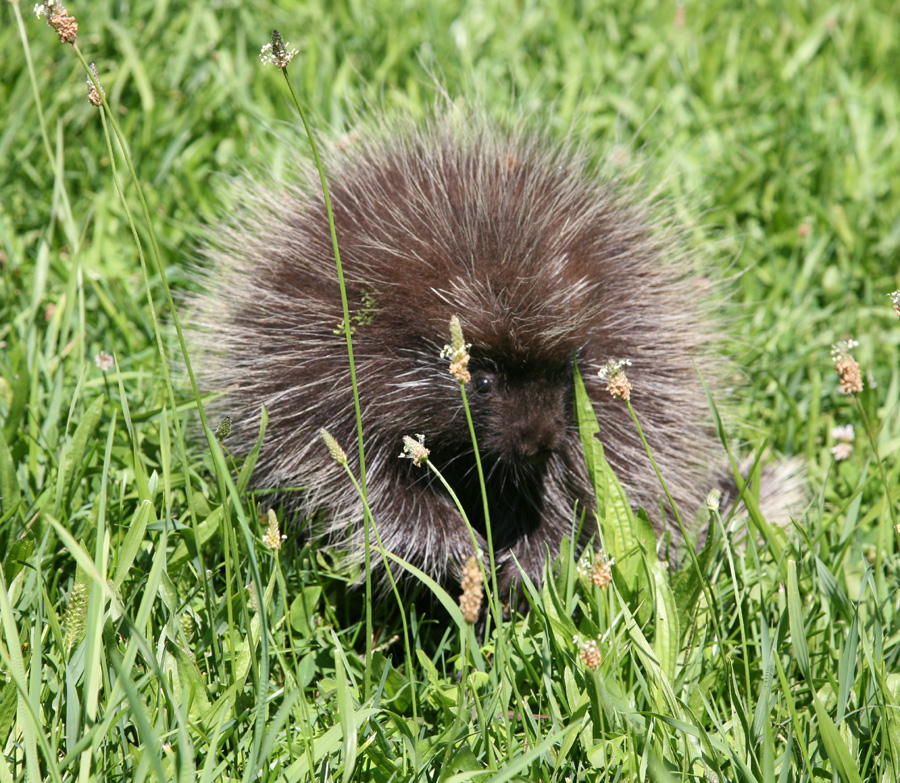 You can see he’s fresh out of the porcupine factory, he’s got baby quills. I thought about, you know, petting him – because that’s the first thing that comes to mind when you see a porcupine, right? As I got closer, he sat up like this and started bobbing his head from side to side like a boxer. That was when I realized he was trying to triangulate and get my range.

He then proceeded to stomp up to the porch and eat the leftovers out of one of the dogs’ bowls. I told the boys to stay back and leave him alone and they were confused because they already knew that “sticklepigs, bad” but eating the leftovers was off the chart for them. So I brought out some carrots, salted them a bit, and left a plate and a water dish for the little guy.

For 3 days or so I had “porchupine” and the dogs left him alone. Then he wandered off. Or the dogs ate him when I wasn’t looking.

Full grown porcupines are not as cute, and they don’t get any smarter as they age.

On Data and Backups » « Department of Bureacracy Public Service Announcement #1