Are you excited? I know I am, but not for the same reasons as Elon Musk. Today he is scheduled to announce the latest greatest news about his Optimus robot, and I expect another colossal pratfall. It’s coming, Musk assures us.

He tweeted in June that Tesla’s second AI Day would be pushed back from August until September 30 “as we may have an Optimus prototype working by then”.

He had earlier tweeted that “many cool updates” could be expected from the AI Day, while the actual purpose of the event is actually “to convince great AI/software/chip talent to join Tesla”, he said on May 18.

Optimus, which was originally known as the Tesla Bot, was first introduced in August 2021 during Tesla’s inaugural AI Day.

You may recall that the grand unveiling last year was of a person in a body stocking dancing. This year, he has announced it with an ominous image of robot claws forming a heart.

He may also announce something about his cybertruck.

Cybertruck will be waterproof enough to serve briefly as a boat, so it can cross rivers, lakes & even seas that aren’t too choppy

I can’t wait to see the demo of that…watching it sink will be so entertaining. I suspect the operative word in that claim is “briefly.” At least it’ll be easy to smash the windows to escape.

He may also drop more hints about his “robotaxi”, which is supposed to come out in 2024. It’s a Tesla car without a steering wheel or pedals that is entirely autonomous. That won’t be entertaining, it’ll be terrifying.

Stay tuned. All this will be announced live on the internet at 8:15pm Central time. I probably won’t pay any attention to it until tomorrow.

For a more grounded take, read Gary Marcus, and keep in mind that Musk has claimed that his Tesla cars are already “semi-sentient”.

Does anyone find that image reassuring or optimistic? It could be the poster for a horror movie.

Further commentary on a Tesla as a boat:

Our derelict vessel crews are begging you to understand that anything that “serves briefly as a boat” should not be used as a boat https://t.co/lcrunbf1DJ pic.twitter.com/j2eL5tGcJZ

I had heard about it, but hadn’t seen it until now: apparently Lizzo desecrated a sacred, holy artifact of the Founding Fathers. That is, she played a flute once owned by James Madison. You can see it for yourself here…along with the over-the-top reactions of Ben Shapiro and Matt Walsh, who were outraged about something.

Don’t ever let them try and tell you that they aren’t racist. There is absolutely no other reason to be upset that a professional flautist played a flute while black that was owned by some guy who owned slaves in the 18th century.

I’m exasperated with my local money-grubbing Democrats, but NOTHING, I mean NOTHING compares with the freaks on the Republican side. This is from a Marjorie Taylor Greene ad. It’s insane. 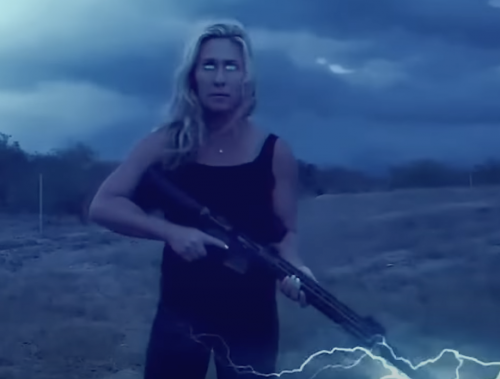 She’s got a big gun. She has glowing electrified eyes with lightning flashing around her. She’s getting in a helicopter and shooting wild hogs. What does this have to do with her political work (which she doesn’t do anyway)?

Do Republican voters fall for this macho posturing nonsense? Are they all stunted children?

Our incumbent governor is running for re-election against a raving loony, a guy who has announced that he would ban all abortions, no exceptions. His opponent is a batcrap cartoon of a far-right conservative wackaloon. So what is Walz doing about it?

Every goddamn day he sends me these fundraising emails. That is all they are about, how much money he has, how much money his opponent has, whether his opponent raised more money than he did in a specific 24 hour window, what the latest dismal poll says, etc., etc., etc. It’s what Nancy Pelosi and the Democratic party does every time, shouting about crisis after crisis after crisis, demanding more donations or the world will end. They have to meet their arbitrary fundraising goal by midnight! Or else!

I agree that his opponent is an evil jerk who must be stopped, but they’re not getting a penny from me if their only strategy is to do a minute-by-minute call of the horserace. This is why Democrats lose, because they lose sight of their principled differences and get the idea that we vote for a candidate based on how much money he has — that the only metric is this one-dimensional parameter of current funding.

Who is advising the Democrats that makes them all sound the same, all irrelevant, and eradicates any difference in policies?

Oh jeez. Just got another one. It begins:

I don’t want to scare you, but I need to be transparent. Fundraising numbers from the last public reporting period are out, and we were outraised by Scott Jensen and Matt Birk.

I DON’T CARE. Republicans are bankrolled by wealthy people and corporate interests (actually, so are establishment Democrats) so telling me where you stand in a fundraising horserace means absolutely nothing to me.

And you do want to scare me. It’s just not working.

Fuck. Just now I got another one. Multiple times a day! I’m just going to have to block the word “Democrat” now.

Berrett and I are giving a fundraising update to the Governor and Lt. Governor at noon, and I’ll just be frank: given where we’re at right now, it’s looking like it’s going to be a tough conversation.

Please, please, please, learn this: VOTERS DON’T CARE ABOUT YOUR FUNDRAISING. Your money-making suite of guys in suits care. Find something relevant to talk about, and maybe I won’t feel the need to roll my eyes and hit delete again.

It’s very difficult to take these kinds of criticisms seriously, when they are so profoundly stupid.

Your posts about Jordan Peterson show you as a resentful, bitter man, who doesn’t have even a quarter of Peterson’s intellect or brainpower. I’m not surprised you are so envious of his success and popularity.

You also currently do not have the cognitive depth of thinking to appreciate how profound and ingenious the Bible is – but that can change if you try harder.

I’m not at all envious of Peterson! I would not want to have his mental and physical problems, nor would I want the kind of popularity that puts me in the same room as Ben Shapiro.

I’ve read the Bible — well, I skimmed through long sections of it, admittedly, because it is a badly written, inconsistent bore full of pretentious text — and it’s not particularly profound or ingenious. Much of it is wrong or bad fantasy writing, which undercuts the claim that it is deep and clever. 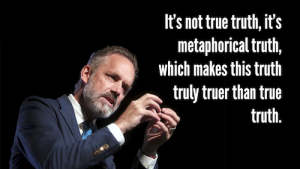 Savannah Graziano was 15 years old when her father murdered her mother and kidnapped her. An amber alert went out, and the police gave chase, which is never good. They decided the way to resolve the problem was with guns, obviously, and they had a wild west shootout with Graziano’s father, while she was in the car. At one point, Savannah saw an opportunity to escape, jumped out of the car, and ran toward the police.

So the police shot her dead.

Then they killed her father.

You know, I kind of think that in these kinds of situations the very highest priority ought to be to rescue the child, and even when the bad guy shoots first, the rescuers ought to exercise a great deal of restraint, tempting as it might be to use the only tool your feeble brain has been trained to use to solve all problems.

Herbert Spencer would be so proud. 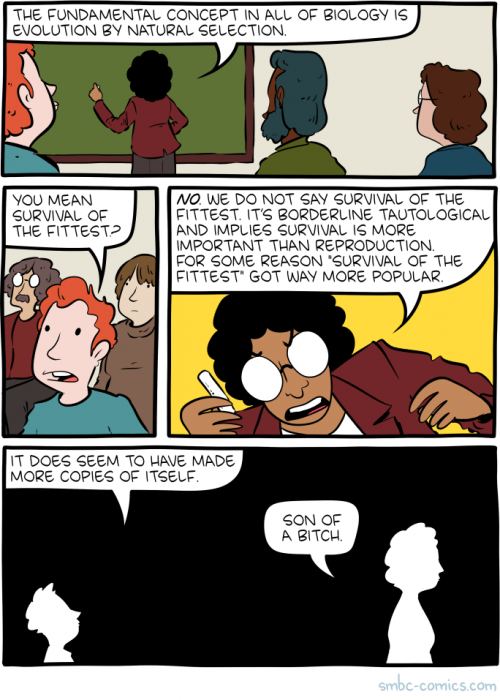 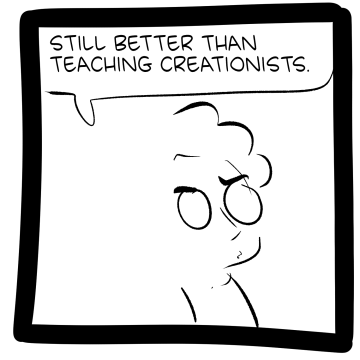 Yeah, because it’s virtually impossible to teach a creationist anything.

There are 7.98 billion people on planet Earth. This is one of their stories.

(I was interviewed for a podcast. I fear I might have rambled on about spiders a bit much, which is currently a terrible danger in any conversation with me. Sorry.)

It was a busy morning, good thing I got in early today.

If I keep this up, I do believe I’ll be able to start doing some genetics in the spring, optimistically.

New baby picture at the Patreon.