A Baldur’s Gate expansion features a side character with no real significance to the plot, who has an optional bit of dialogue in which they reveal the origin of their name–they constructed it out of necessity because they transitioned. GamerGate responds predictably, so predictably you could punch out a bigot bingo card: 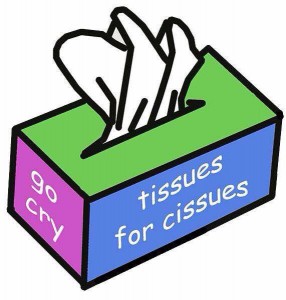 Our first  meaningful contributors are two Steam user reviews–as far as I know, these can only be accessed if you also have Steam. They are quothed thusly:

Look, I have no problems with LGBTQ. None.

But please keep your ideology out of a classic game. Don’t force us to buy into controversial topics. We are trying to escape that crap.

Look, guys, he can’t be a bigot. HE SAID HE WASN’T A BIGOT, ERGO PROPTER HOC. Or something like that. That’s how logic works, right?

END_OF_DOCUMENT_TOKEN_TO_BE_REPLACED

It shouldn’t be surprising, being the imperfect person that I am, that I had no idea Transgender Day of Visibility was even thing. It was apparently celebrated on March 31st as a response to the fact that the only other established “trans day” thing was the Trans Day of Remembrance, in which it was observed that the rate at which trans folk are murdered is alarmingly high–especially if they were black and/or sex workers.

I still have no idea how to feel about TDOV. On the one hand, it’s totally rad to spend the day signal boosting your favourite artists, creators, authors, etc. who happen to be trans. On the other, increased visibility does not always translate into securing rights or changing societal attitudes. After all, of the murders committed in the USA that were classified as hate crimes against Gender & Sexual Diverse victims in 2013, 72% of the victims were trans (67% black trans women). As far as I know, that trend has not broken. The numbers are low, if anything, if for no other reason than some trans victims being reported by ignorant media as cross dressing cis folk and therefore being missed in the count for trans stats.

So, I mean, yeah–it’d be nice if I could get some signal boosting when I get my novel published. But I’m honestly a bit more concerned about fundamental things like, you know, not being arrested for going to the washroom. I’m by no means opposed to a day of visibility, but it seems a bit silly, much in the same way that cis gays in America were jumping for joy that they could marry while murder trials are still unironically invoking “trans panic” to get the defendant off hate crime & first degree murder charges.

Let’s celebrate the progress that’s been made, but let’s also do so in a way that acknowledges how much more work still has to be done.

Hello lovelies, Shiv here again. I hope you all had a lovely week, what with April Fool’s and something about… Trans Visibility? I’ll write on that later. Ideally you all had a tolerable Easter, too. One can dream. My breakup went from “bad” to “I can’t even,” so I apologize if I’m already slipping on my publication schedule!

I start this way only so that you know what the initialism literally means, but my actual definition is as follows:

“A series of practices which involve expressing and exploring interests that may be seen as unconventional through a system of rigorous ethics which conscientiously acknowledges and mitigates physical and emotional risks.”

END_OF_DOCUMENT_TOKEN_TO_BE_REPLACED

Hi lovelies, Shiv here again. I’ll start with a brief aside: thanks for the supportive messages regarding my last post! Y’all barely know me and you’re offering me those nice messages. It was small, but meant a lot. :)

Transition Reactions is my series of essays covering the way people respond to my gender transition. It will generally speak exclusively of my experiences as a trans woman but will also inevitably intersect with my various other axes of life. This is not a data intensive series (those will come later) and mostly only speaks to my particular experience.

One of the more bewildering reactions I’ve had when attempting to educate people on transgender specific terminology is anger: Why do you need all these extra words? I would think the answer is self evident–“because the existing terminology is not adequate”–but that’s not the question that’s really being asked. What they’re actually saying is, why don’t you just accept the way I’m treating you? Why do you have to be offended by everything? Why should I have to change to accommodate you?

The instructor, who apparently valued my opinion, asked me for feedback and I told them honestly: I loved learning the material, (I’m sure my AFAB partners will too), but it was categorically excluding me because I do not have AFAB genitals. I told them I couldn’t attend their next class for men because I wouldn’t be able to stomach having them point at a penis and testes and go “men do this men do that.” It was clearly designed to be taught to cisgender people for whom genitals and gender are interchangeable. It was, albeit unintentionally, gender essentialist.

Naturally, the instructor accused me of tilting at windmills. Not their words, but that was the crux of their response. END_OF_DOCUMENT_TOKEN_TO_BE_REPLACED

So I introduced myself as being in a poly-v-kinda-triad in my first post. Now I’ve got good news and bad news.

Bad news first: I guess I’m single now. They both dumped me.

But I guess the silver lining is that I suddenly have a lot more time for blogging! And poly is more of an orientation so it’s not like I can’t write about it just because I’m flying solo.

Anyway, I spent most of last week planning material so there will be stuff coming out soon.

See you again in a few days lovelies, I hope you’re all doing well.

I just finished my tour of the FreeThoughtBlogs  tower, and boy, my  office has a fantastic new car smell!

My name’s Siobhan, and this is my introductory post for what will become my blog about the intersection between atheist-kinky-poly-sexworker-trans! We’ll call it “Against the Grain” for now. For those not in the know: New Frontiers is a shared blog and I will not be the only author on this page. “Against the Grain” is simply the working title for my specific project. My posts on this blog will be tagged with AtG to mark them separately from the other participants.

You’ll notice one of the major differences between me and some of the regulars you’re used to at FreeThoughtBlogs: I’m not a former Christian–I had/have much more exposure to New Age woo.

Don’t get me wrong, the Abrahamic religions are mouthy motherfuckers and I’ll get the occasional potshot in too, BUT there’s no shortage of atheists doing that in detail. My specialty within skepticism is going to be exploring woo and the sub-cultures that arise around it, from someone who was and is immersed in it. Minority religions such as paganism/wicca are also occasional subjects of my analysis.