Regular readers of my blog already know that I am interested in environmentally friendlier lifestyles. I don’t like the idea of leaving a trail of trash behind me. Unfortunately, once you start searching online for advice on how to avoid trashing the planet as badly, you face a minefield of pseudoscience.

Everything man-made is a “chemical” and a “toxin,” which you must avoid, and, while you are at it, you also have to buy some expensive “detox” products. All plastics “leech toxins,” thus you are recommended to buy some brand new and expensive stainless steel containers instead. Vaccines, conventional medicine, non-organic food, food additives, pesticides, synthetic textiles, 5G, wind turbines, etc. are all killing us. So keep your home and body pure and free of all the “toxins”! Wear only organic cotton clothes (OMFG pesticide residue!); eat only organic food to avoid poisoning yourself; avoid meat, because it contains antibiotics and growth hormones and rots inside your stomach. Worship on the altar of “natural” everything and pray (or pay to predatory quacks) for natural healing once you get sick of some disease that could have been prevented by vaccines or regularly visiting a real doctor who could have diagnosed some medical problem before it was too late.

July (a.k.a. the Plastic Free July) was just now, so I recently wrote about waste and how to reduce it. Waste is a real problem. Your plastic yogurt container and that polyethylene bag in which you bought your sliced bread probably won’t get recycled at all. Your PET soft drink bottle gets downcycled at best and ends up swimming in the Great Pacific garbage patch at worst. Thus reusable grocery bags, produce bags, water bottles, straws, and cutlery are objectively a great idea. Same goes for various strategies for reducing food waste, because all this uneaten food results in avoidable greenhouse gas emissions. So far so good. No pseudoscience for now. Pollution and waste contribute to global warming and kill wildlife.

Unfortunately, once you start looking for environmentally friendlier alternatives for various consumer goods, the Internet will lead you towards a pit of pseudoscience. Everything natural is good and everything created by scientists is a “toxic chemical.”

In reality, whether some substance occurs somewhere in the nature or whether it was first synthesized by chemists does not determine whether you want it anywhere near your body or inside it. 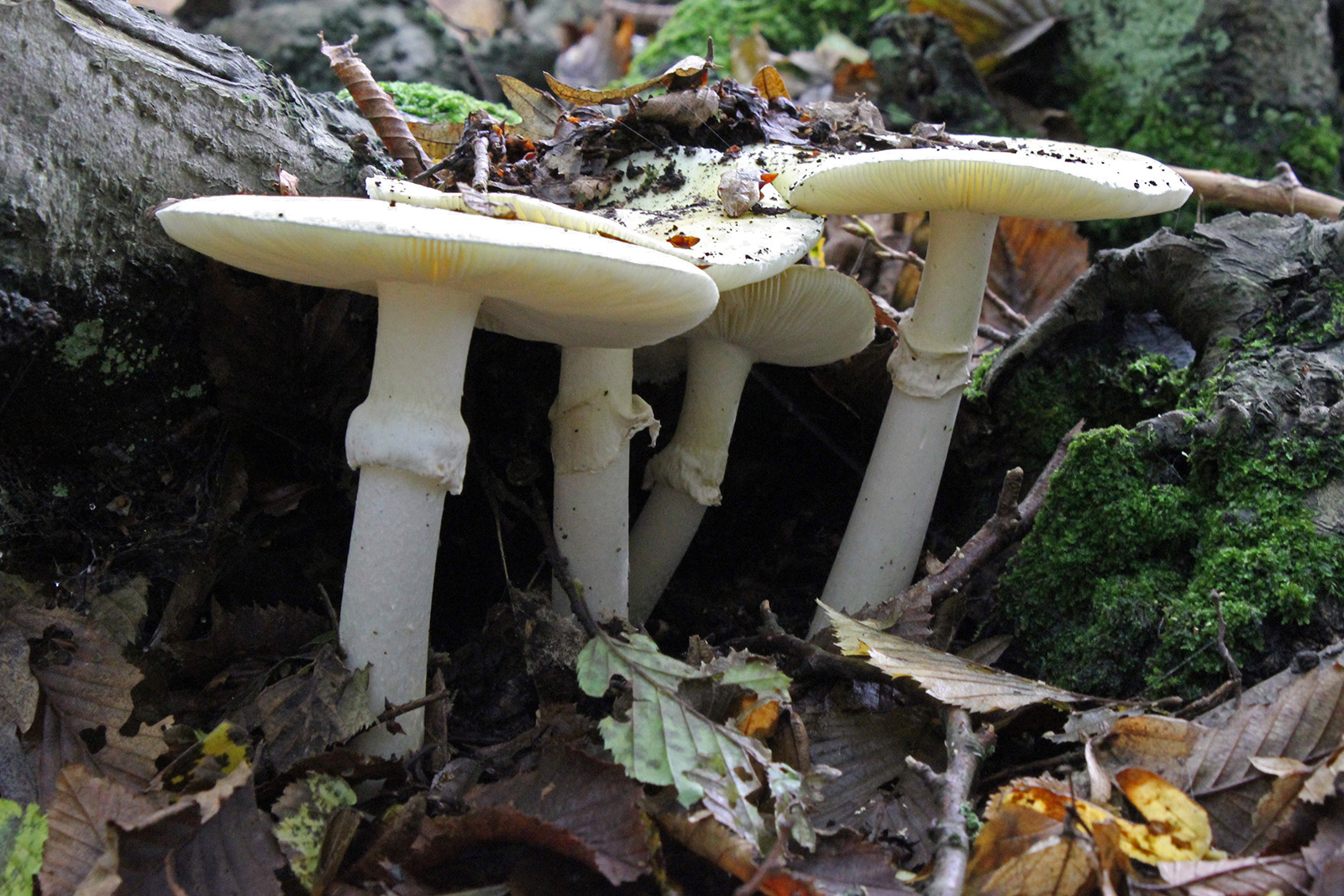 Here’s an example. Death cap (Amanita phalloides) is the deadliest mushroom in my part of Europe. In fact, Amanita phalloides is one of the most poisonous of all known mushrooms. It is estimated that as little as half a mushroom contains enough toxin to kill an adult human. And if you are lucky to survive, you’ll need a liver transplant after snacking on this “100% natural” and “organic” beauty. In order to survive after eating this organic treat, in addition to a liver transplant, you will also need various life-saving medicines, which are created by scientists and are “artificial chemicals.”

Anyway, let’s get back to zero waste lifestyle. Do you need a shopping bag? You will be strongly advised to pick organic cotton. Are you looking for a vegetable broth recipe so that you can use your vegetable scraps and reduce your food waste? The author of some recipe you found online will inform you that you must buy organic vegetables or else you will ingest pesticide residue.

Sure, there are plenty of problems with conventional agriculture, from dead bees to damaged soil to dependence upon nonrenewable phosphorus. But organic agriculture guidelines were not designed to solve these problems rationally and by relying on science. Instead, organic guidelines were designed to appeal to scientifically illiterate consumers who easily fall prey to fearmongering and are attracted to a black versus white mindset. Natural equals good, man-made equals toxic. Yeah right. Life is simple, everything is either black or white, just look for the right buzzword and you will be assured that the thing you are consuming is good for you and the planet; you no longer need to pay attention to subtleties, nuances, and facts; you no longer need to use your brain to, gasp, actually think and learn about scientific research.

Some poorly educated people even go as far as to claim that people shouldn’t ingest any “chemicals” or that food shouldn’t contain any ingredients that you cannot pronounce. Or that there is no acceptable level of how much toxic substances a human can safely consume. In reality, all soil and water everywhere contains trace amounts of substances that are harmful for humans. For example, my own tap water contains <1μg/L arsenic, <0,1μg/L mercury, <0,1μg/L cadmium, and <0,7μg/L lead. That’s normal. That’s the kind of planet we have had ever since life started. If living beings couldn’t cope with a small amount of heavy metals in their bodies or background radiation, then life wouldn’t exist. That’s why scientists have established standards for acceptable levels of toxic substances. 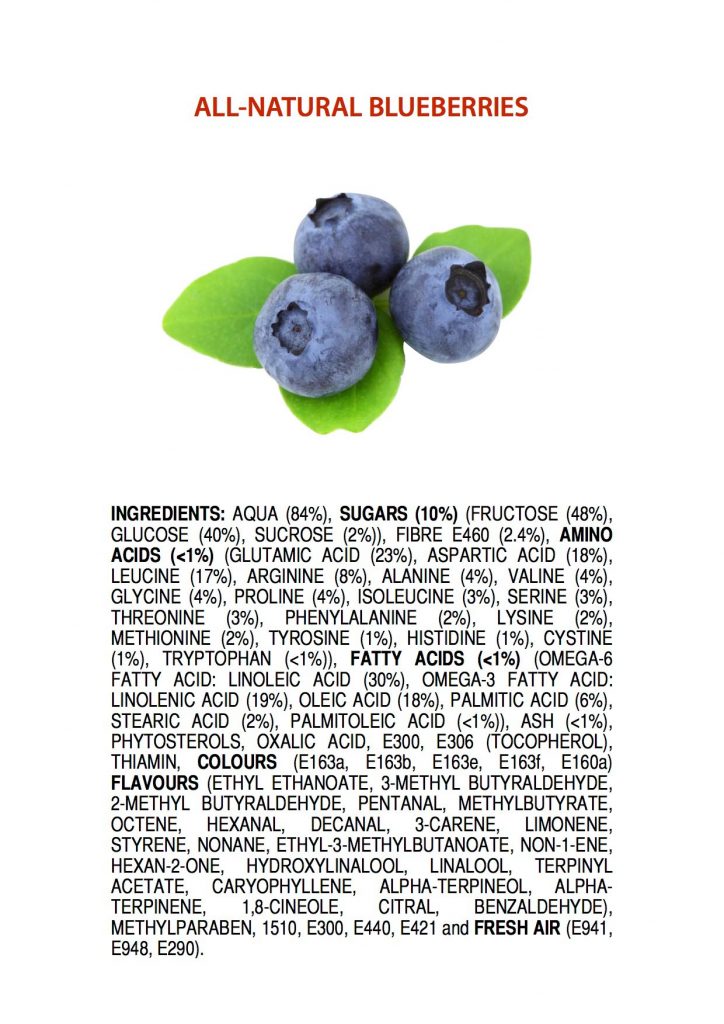 Speaking of food ingredients with names you cannot pronounce—if you fear chemicals, don’t eat blueberries! “Don’t eat foods with ingredients you cannot pronounce” is a funny rule, which would allow me to eat absolutely anything (my boyfriend has a degree in chemistry, I can always ask him how to pronounce any fun name I see; besides, my native language has a much nicer and more consistent spelling system).

Alternatively, do you want to buy a soap bar packaged in recycled paper instead of liquid soap in a plastic bottle? Beware the detox industry and fraudulent health claims. (The whole notion of detoxifying is inherently fraudulent, and some essential oil in your soap isn’t going to cure all your illnesses.)

Do you want a reusable lunch box? Beware sellers who advertise their stainless steel containers by claiming that all plastics are a health hazard due to leeching toxins.

In reality, it depends. There are various kinds of plastics. BPA (bisphenol A) and phthalates are indeed problematic, and you shouldn’t use food containers, children or dog toys, or sex toys that contain those. Anyway, polyvinyl chloride (PVC, #3) can contain phthalates. Polycarbonate (#7) can contain BPA. Polystyrene or Styrofoam (PS, #6) is also better avoided.

Polyethylene Terephthalate (PET, #1) bottles are relatively widely recycled and considered safe for single use, but are not recommended for reusing.

Speaking of people who postulate that all plastics leech toxins and thus cannot be used for food storage containers, they also seem to dislike silicone, which to them appears to be “yet another dangerous plastic material.” Silicone is a “chemical” and paper bags are “natural”? Yeah right. Show me a paper bag growing on a tree! In order to turn wood pulp into paper you need to utilize a complicated technological process that involves a plethora of chemicals, many of which actually are toxic for the environment if disposed of incorrectly.

An Unhealthy Obsession with Purity

One nice thing I generally see in zero waste blogs is an attempt to embrace realistic goals and expectations: less waste is good enough and zero waste is practically impossible, so don’t feel bad about yourself and don’t be guilty about the waste you do produce. So far so good.

Nonetheless, I often hear about people feeling guilty, because they bought some snack in a plastic bag. I also hear about people who are determined to eliminate all traces of plastic from their homes. If you already own a Teflon cooking pan, you will be encouraged to get rid of it and buy a cast iron cooking pan instead. The planet will benefit from your decision to buy new stuff that required non-renewable resources to manufacture! Yeah right.

I occasionally see what looks like an obsession among people who attempt environmentally friendlier lifestyles. I have heard about people counting and weighting all their trash (even beyond the reasonable goal of figuring out what kind of waste your household produces so that you can tackle it more efficiently). Or people being unhappy, because they got some gift packaged in plastics, which made their “plastic tally” soar for that month. Or refusing to go to parties or eat with friends in situations where this would require utilizing single-use food containers or disposable packaging.

Obsessing about keeping your body or home pure and free of whatever you classified as “bad” can become problematic in itself. I inherently dislike any ideologies that require people to preserve their purity. From religions that say “you cannot have any sex outside of wedlock or else you become impure and worthless” to diet cults that say “you cannot consume this ‘bad food’ ever, under any conditions, even in trace amounts, or else it will make you sick or impure or a bad person.” (Yes, I will never be vegan or vegetarian, nor will I ever follow any other restrictive diet that tells you to completely avoid some food.)

Personally, I cannot support obsessing about reducing your environmental footprint. Paying attention to your habits and choices, yes. Feeling terrible about that soft drink in a PET bottle you had last month, no.

There is too much pseudoscientific nonsense getting propagated among environmentally conscious people.

During July, I contemplated writing another blog post about how to reduce waste in your personal life. Then I realized that in such a blog post I couldn’t put links to various resources. For example, I would like to link to a recipe for how to make vegetable broth from various vegetable scraps that people usually throw out. Unfortunately, said blog also contained pseudoscientific nonsense about herbal remedies.

Can you give me a link to peer reviewed, double blind clinical trial (published by a reputable medical journal), which demonstrates that peppermint alleviates headache and insomnia better than a placebo? If yes, then I will consider that as moderate evidence that peppermint might be useful as medicine, but I’ll still want to see a systematic review of multiple studies examining the benefits of peppermint, because occasionally a single study turns out to be flawed or yields weird results due to random chance.

The point is: I cannot promote a blogger who publishes non-scientific content. Even if I like their vegetable scrap broth recipe, I still cannot promote their blog due to other questionable content found there.

And I run into these minefields everywhere I look for tips on how to stop trashing the planet so badly.

For example, on the surface, ecovillages sound like a great idea. Sharing things with your neighbors and striving to reduce your ecological footprint is great. But then I take a look at a book about ecovillages only to find a chapter on how to build homes according to feng shui rules. Ouch!

Or those conferences about waste I have attended. For example, I once went to an event about fast fashion and the environmental impact of clothes that are disposed of long before being worn out. There speakers promoted natural fibers as the only acceptable fabrics and emphasized organic cotton so much that I got sick of it and asked for their thoughts about life-cycle assessment. Only then they finally admitted that maybe organic cotton isn’t the right choice for some purposes. Who knew!

Something sounds natural, so people like it. And for some it doesn’t matter what the facts actually are. That’s a pity.

Do this One Thing for the Climate » « Power Fantasies