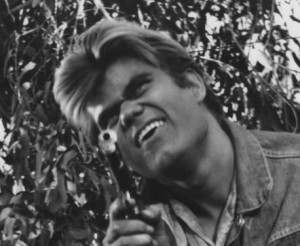 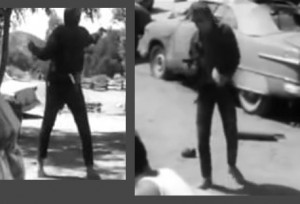 Hello FtB, I’m Great American Satan.  Two or three of you might recognize me from my time at atheismplus.com.  I also have a tumblr, which is mostly reblogs of short insightful posts from random people and longer articles / excerpts from various people more thoughtful than myself.  Occasionally I make art.

My handle represents a bit of punchy immaturity on my part.  As I’ve said elsewhere, if you ain’t living your life in a way that would piss off an ayatollah, you ain’t living right. That said, I stand against islam only as much as I personally reject all abrahamic faiths.  Islamophobia is for cowards.  I also refuse to capitalize religions, as you may have noticed.

What you will ultimately see here:  At least one post a week of some kind.  Most will be writing, some will be art, and some will be shameless self-promotion of merchandise I’m currently developing with social justice themes.  If I ever start to make more money than poverty level + medical needs of family, I will start donating a good part of proceeds to charities that benefit various oppressed groups.  It’s hard to know what the future will bring, but this doesn’t seem too likely as of yet.

My greatest struggle in advocating the movement is anger.  It hurts my ability to write persuasively, sometimes just hurts my mind.  Once you’re clued in to the kinds of oppression that affect those you care about, the world is full of landmines.  Because I can’t always write anything of use to the cause, I will use my art skills and provide other services.

Note on moderation:  At A+, I used to change the words of slymers and regressives into funny harmless things.  That was too much work – more than they deserve.  So here, I’m just going to set any offensive or sealioning crap to go straight to a garbage bin that I’m not even going to look at.  You’re welcome.  <3

EDIT – They’re heeee-eeere.  I just added my first crap human to my spam filter.  Congrats, you know who you are.