Content Warnings: Satan, God, Religion, Sexism, Violence, the Occult, the one link to youtube is NSFW audio, some image links are a bit gory or lurid Renaissance style.

Alright, I haven’t done a deep dive into the hard facts on this, but based on some shallow research, it looks like Faust – the guy who sold his soul to The DevilTM – was an actual historical figure.  Christ’s miracles weren’t attested to in any writing that survives from within his own life, but the misdeeds of Faust were already being fictionalized within his own.  Like the historicity of Jesus, Faust’s existence isn’t important.  It’s just fun to say.

I did a Faust once.  I was having a lonely time in life, feeling melodramatic on my way home from work, or maybe it was on the way home from the dive bar I went to on my 21st birthday.  A wide busy suburban street without proper sidewalks, just two feet of grass and garbage against a short chain link fence.  I might have ducked into an unlit side street overgrown with short, untrimmed trees.  I recall it was darker than the headlights and taillights of randos driving by would have allowed.

I went to my knees and I said something like, “Satan, I give you my soul forever if you appear to me and show me that anything magical exists in this world.”  At the time I was working for Pizza Hut, where all of my pay raises over the years were erased by increases to the minimum wage, and I was already half bald and still a virgin, so forgive my melodrama.  I later realized based on the way I phrased it, Satan could let me live to a hundred a philosophical materialist, then show up on my deathbed and snatch me up.  Well, it was going to happen anyway.  Might make dying a little more interesting. 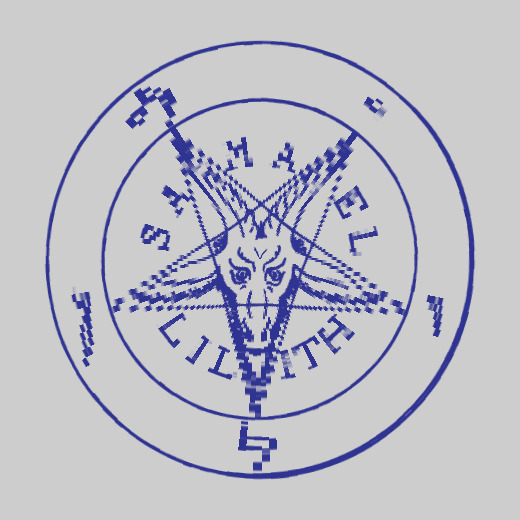 The first version of Faust I read was Goethe’s play, which was surely inspired by Marlowe’s much earlier play, which was an adaptation of a then very recent translation of the quite fictionalized but not long posthumous German biography of Faust himself.  A little merry-go-round between those cultures.  I’ve been reading the Marlowe play Doctor Faustus at the moment, from this 2005 edition.  From what I’ve read in the foreword, editions can be extremely varied.

This is the frustrating thing for anyone who seeks authenticity in antique texts.  Marlowe’s play survived in a small number of iterations from within a few years of when he died young.  Which was closest to the original was argued extensively one way, then the other.  What we can know with certainty is it was changed in subtle but significant ways within just a few years of his passing.

Before Marlowe there were pamphlet-style legends about Faust, oral legends, and these influenced each other, and by the time the full-length (24 pages or less) German Faust book was printed, how much did it include or omit?  What was lost?  But it’s a mistake to try to wonder after those kind of answers in the first place, as the legends were much inspired by stories that preceded Faust’s birth, which in turn surely had cultural cross-pollination and roots reaching before written history.  It was bullshit all the way down.  But my modern mind, trained by late twentieth century copyright culture (Disney propaganda), is always trying to find that original.

…I return to this draft having read most of Doctor Faustus.  It’s a slim little play.  While it would take more effort to perform than to read, it would still be a very short show.  No intermission.  It’s also not very deep.  It’s just japes and foolery and some token religiosity to keep the censors off the playwright’s back.  I’m a fan of badassery in fiction, and there’s a truly macho quote in here, but it’s wasted in the mouth of a toss-off character that never appears again:

“I am Wrath.  I had neither father nor mother: I lept out of a lion’s mouth when I was scarce half an hour old, and ever since I have run up and down the world with this case of rapiers, wounding myself when I had nobody to fight withal.  I was born in Hell; and look to it, for some of you shall be my father.”

That line alone moves me, more than the scene where Faustus is turned invisible so he can box the pope’s ears.  But then, speeches about being PO’d tend to be rousing – like that Russell Crowe bullshit in Gladiator, the dueling taunts in Romeo and Juliet, or the opening line of The Cask of Amontillado.  It does contrast starkly with the featherweight treatment of the supposedly heavy material in the play – rejecting jeezy, throwing your soul away – and makes me wish that I was reading something with more heft.  Heft like a case of rapiers.

Speaking of badassery, my favorite detail from the wikipedia page on a possible historical Faust is this:  He allegedly died in an explosion, an alchemical experiment in a hotel room.  His mangled body was reported to have the mystical property of always facing away from heaven.  His neck was broken such that however you turned the body, it would face the ground.  Bad ass.

…Having read a bit more, oh my GAWD Faustus is a flip-flopping inconstant binch!  Behold:

OLD MAN:
I see an angel hovers o’er thy head,  And, with a vial full of precious grace,
Offers to pour the same into thy soul:  Then call for mercy, and avoid despair.

FAUSTUS:
Ah, my sweet friend, I feel  Thy words to comfort my distressed soul!
Leave me a while to ponder on my sins…

OLD MAN:
I go, sweet Faustus; but with heavy cheer,  Fearing the ruin of thy hopeless soul.
(Leaves.)

FAUSTUS:
Accursed Faustus, where is mercy now?  I do repent; and yet I do despair:
Hell strives with grace for conquest in my breast:
What shall I do to shun the snares of death?

MEPHISTOPHILIS:
Thou traitor, Faustus, I arrest thy soul
For disobedience to my sovereign lord:
Revolt, or I’ll in piece-meal tear thy flesh.

FAUSTUS:
Sweet Mephistophilis, entreat thy lord  To pardon my unjust presumption,
And with my blood again I will confirm  My former vow I made to Lucifer!

All that shit, loosely translated:

SOME RANDO:
Still doin’ that Satan stuff, huh?  How about…  Jesus?

FAUSTUS:
I suck so much, gotta get redeemed ‘n’ shit.

MEPHISTOPHILIS:
What the fuck, bro?  I thought we were cool!

Goethe’s Faust was a heavy-headed intellectual with grandiose feelings, Marlowe’s was a child that couldn’t decide whether to drink his juice box or take nap time like a good boy.  (Off topic:  Both plays were hugely sexist, Marlowe’s less offensively because it was such a slight and simply written work.)  Either way, I’m not advocating for either of these stories.  A case has been made that Christopher Marlowe was, at least, an atheist.  And gay.  He also was a spy and may have been a brash homicidal asshole, which are not endearing traits.  But the atheist interpretation of Doctor Faustus is fun, and not without merit.

The Faust literature and other stories of sinners, as well as stories of saints such as the contents of the Golden Legend, are full of fantastically morbid and sensual imagery.  They were an imaginative outlet for European people in scary times, when modern medicine hadn’t reduced the frequency of mysterious or horrible deaths around us,  and before global corporate capitalism had pushed the horrors of production onto poorer nations.

You’d never want to be a sinner, oh no.  That’s the worst.  But they’re interesting to watch.  As a moral lesson.  Wouldn’t it be just the worst if somebody turned invisible and punched the pope?  Heaven forfend.  Nothing appealing in any of this, I assure you.  And you don’t want to see the saints suffer do you?  It’s terrible what bad people did to those holy sweet saints.  Throwing them in bondage and scouring their (presumed) fair flesh, oh no.

But now we’re in gentler times, for the “first world.”  We aren’t face to face with death and depredation – not the same as the people dealing with the avarice that props us up and devastates faraway places.  I have personally never seen a person die, except on TV.  The constant wars and plagues of medieval to Renaissance Europe, the immediacy of having your family with you instead of carted off to a big hospital and closed behind doors – these guaranteed most people had some experience of seeing bodies corrupted broken or bereft.  Sci fi and fantasy weren’t off the ground yet, but the fictions of the day – with or without the seal of canon – provided entertainment morbid enough to reflect the world as they knew it.

Maybe that’s getting a bit off topic.  Doctor Faustus was pretty mild in its violence.  But the perversity is there.  The desire to throw off the rigid social order of the day to get what you want, live for yourself.  It’s a shame the idea of achieving freedom is often bound to selfishness – as Ayn Rand’s vile religion demonstrates.  I imagine it’s because when we are indoctrinated to the mores of our cultures, we are told it’s because doing otherwise would be selfish.  We sacrifice what we desire to get the social harmony we all need, per the dogma.  But you can be free without saying “fuck the world.”  If anything, greed enslaves us all.

Again, off topic.  I don’t know what I want to say about Faust, about Doctor Faustus.  Faust in most iterations is, ostensibly, a cautionary tale for xtians.  It can be a cautionary tale for satanic strivers as well – pursue freedom from god, throw off the shackles of the holy.  Hail some Satan.  But be kind, share the fruits of your infernal achievements with others, and you can go to Hell knowing you lived your life well.  And don’t wuss out like our boy Dr. F.  “Stand still, you ever-moving spheres of heaven, That time may cease… That Faustus may repent and save his soul!”  What an embarrassment.