While reading some of Julia Serano’s work, there was one statement she made about the battle between gender-affirmation treatment models and gender-antagonistic treatment models pointed out by anat in our comments that made me take a second (actually fifth or sixth) look: (emphasis mine)

We can continue to debate the efficacy of gender transition, or of gender-reparative versus gender-affirming approaches, and each side will be able to find statistics to support their side of the argument. But what is really driving this debate is a difference of opinion with regards to what constitutes a “good outcome.” Trans activists and advocates like myself generally think that a good outcome is a happy child, regardless of whether they transition or not, or whether they grow up to be transsexual, non-binary, gender non-conforming, lesbian, gay, bisexual, etcetera. Trans-antagonistic and trans-suspicious people (who constantly cite “80% desistance”) seem to think that a good outcome is a cisgender child, and they seem to be willing to make transphobic arguments and subject transgender and gender non-conforming children to clinically ordained transphobia (i.e., gender-reparative therapies) in order to achieve that end goal.

I’ve certainly tried to explain how frustrating the media can be when it comes to covering trans issues, including trans research. In addition to the media, trans folk have to contend from misinformation perpetuated by religious fundamentalists and/or TERFs as well as academics whose work is completely imbecilic. Common among the many, many groups that antagonize trans women is a refrain that transitioning doesn’t “fix” anything, sometimes citing (when they remember evidence should back up their claims) a Swedish longitudinal study following two cohorts of transgender women over the course of several decades. The Swedish study found that many of the health outcomes of trans women were still poor after transitioning, including gender affirmation surgery.

The problem, of course, is that the numerous trans-antagonistic lobbies didn’t actually finish reading the paper. The primary author of the Swedish study, Cecilia Dhejne, is not pleased with the way her work has been hijacked by motivated reasoners:

Yes! It’s very frustrating! I’ve even seen professors use my work to support ridiculous claims. I’ve often had to respond myself by commenting on articles, speaking with journalists, and talking about this problem at conferences. TheHuffington Post wrote an article about the way my research is misrepresented. At the same time, I know of instances where ethical researchers and clinicians have used this study to expand and improve access to trans health care and impact systems of anti-trans oppression.

This is an important observation. Dhejne understands that gender transitioning is a treatment specifically for gender dysphoria.

Another way of putting it–if a trans woman is depressed, it could be for a number of likely reasons: She’s homeless, because landlords won’t let her rent; she’s jobless because no one will hire her; her family has rejected her; every time she tunes into the internet she finds obnoxious dipshits spewing an endless fountain of hate; she can’t walk 20 feet minding her own business without being harassed and attacked; she’s an order of magnitude more likely to have been a victim of sexualised violence; so on and so forth.

Alleviating gender dysphoria means mitigating one of many contributors to poor mental health outcomes. Transitioning has never at any point been purported to be a cure-all of trans folk’s numerous ailments (except by TERFs to create an easily refuted strawman), most of which can be traced to stigma and discrimination (ironically perpetuated by TERFs).

But perhaps the most damning evidence against the trans-antagonistic lobby is that most trans folk, while still exhibiting minority stress, still display improved health outcomes (if not identical to majority outcomes) as a result of accessing gender affirmation healthcare.

So no shit transitioning doesn’t, by itself, boost health outcomes to the point of being comparable to cis people. Cis people aren’t being routinely raped, beaten, unjustly imprisoned, denied housing, denied jobs, or dehumanized in the media specifically for being cisgender. Saying transitioning doesn’t fix depression and is therefore invalid is like saying setting a cast for a broken bone isn’t valid treatment because it doesn’t heal burns.

Maybe stop doing shitting on us and our health outcomes will improve? Just an educated guess? Or is that too radical of a suggestion for the small minded trans-antagonistic lobby? 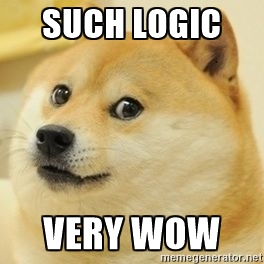