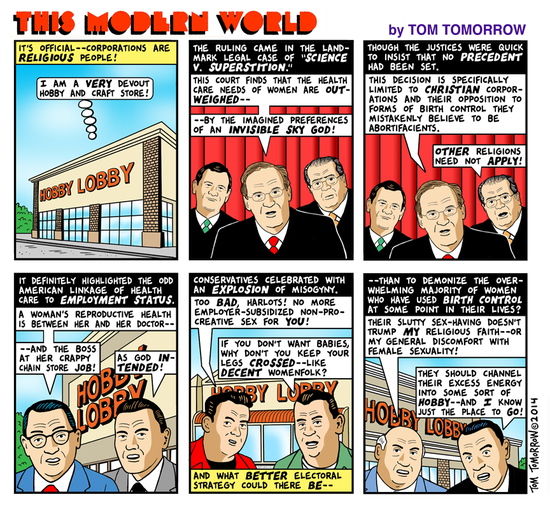 Thankfully, I’m no longer subject to the whims of co-worker bullies as described in a post a couple of weeks ago. That means no more paychecks, at least until another likely job opens up later this month. If anyone can drop a few coins in my Paypal account at DarkSydOTheMoon at A.O.L. dot-com, that would hugely appreciated. Sorry to bother everyone, but it’s just a fact that we all need money to survive.

And speaking of facts, when did it become OK to start with the premise that facts don’t matter in a legal case? Because in the Hobby-Lobby ruling, the fact-impaired gave way to fact-dismissal by the highest court in the land before the case was even argued, and it was just accepted, with little or no debate. A brief recap via The Nation: END_OF_DOCUMENT_TOKEN_TO_BE_REPLACED

One day the right will jump the shark. We’ll, it’s happened already, several times, but it’ll get worse until it gets better. Here’s the latest example, where someone tossed a shoe at Hillarty Clinton, and there has to be a Benghazi cover-up in there somewhere: END_OF_DOCUMENT_TOKEN_TO_BE_REPLACED

You might think I’m writing a check with that headline these blogg’n finger can’t cash. If so, you would be wrong! There really is such a report out and vaginas are not the only things being grown in vitro, or outside of the body, whatever the terminology might be. END_OF_DOCUMENT_TOKEN_TO_BE_REPLACED

Just in case there was any doubt, eliminating birth control and women’s health services has always been the goal of conservative fundamentalists. As Texas Republicans have fought to limit women’s access to abortion, they’ve offered staggering ignorance, in the form of state Sen. Bob Deuell’s contention that only “accurate intercourse” causes pregnancy and state Rep. Jodie Laubenberg’s belief that rape kits are “where a woman can get cleaned out.” This is happening in Texas and all over the nation, where ever conservatives have gained power. These clowns are pure, unashamed, evil dominionist creeps. 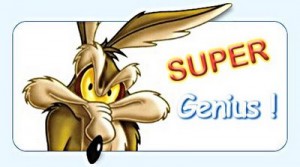 Imagine you are a national republican strategist. In the light of the 2012 ass whuppin, you have many challenges. Thanks to the jihad against women’s rights, chief among them is the female vote comprising more than half the electorate in many key states. It’s bleak there. You’re handily losing the majority of young and minority women, struggling for suburban and white-collar ladies, and you’re even bleeding voters from the usually more reliable mature women. You have to turn this around and quick.

Eureka! A brainstorm strikes faster than lightning: piss off as many of the undecided female voters of all ages as possible and really undermine your chances with retired men and women! END_OF_DOCUMENT_TOKEN_TO_BE_REPLACED

The House in DC may be out for a week for Fourth of July (Wouldn’t that be the one holiday any patriotic lawmaker would want to spend in the nation’s capital?). But in Texas the Republican War on Women is so critically important to the GOP that Gov Rick Perry has called a special session to finish what they tried to start last week: END_OF_DOCUMENT_TOKEN_TO_BE_REPLACED

Welcome to my world, Texas, it’s a whole ‘nother country! Politically we’re highly diverse with growing enclaves of progressives and swelling ranks of disenfranchised former conservatives and independents. The two faster growing groups in that latter category are Latinos and women. For obvious reasons, powerful elements in the GOP would like to essentially enslave both one way or another. Therein lays the rub, we’re over represented in the bygone misogynist neoconfederate, good-ole-boy era. Here’s another dry log tossed on that fire of burning stupidity: END_OF_DOCUMENT_TOKEN_TO_BE_REPLACED
Texas Governor Rick Perry appearing at a fundamentalist nat’l right to life event concerned trolled state senator Wendy Davis this week after her successful filibuster of his favorite chestnut policies. I.e., regulating women’s health services clinics out of existence and making abortion illegal after 20 weeks for any reason. That kind of willful ignorance and ideological blindness could easily result in even more extreme legislation, like person-hood amendments that could make treating ectopic pregnancy a first degree murder. Cathy Miller at Texas Freedom Network shot right back: END_OF_DOCUMENT_TOKEN_TO_BE_REPLACED

The lady who held social conservatives at bay in Texas last night is now the subject of a Netroots-based draft movement to put her in the governor’s race in 2014. Check out some highlights of her impressive story: END_OF_DOCUMENT_TOKEN_TO_BE_REPLACED 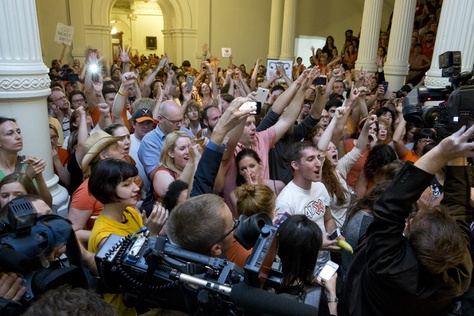 Political drama of the highest order unfolded here in Austin late Tuesday night. Conservative legislators planned to pass new restrictions and onerous regulations on clinics offering pregnancy counseling for thousands of women in Texas. By yesterday they were under the gun, the session due to close at midnight, with a key piece of the Republican war on women still waiting in the wings like an old sing-song bill waiting on capital hill. Then state senator Wendy Davis got the floor, refused to yield, and the people’s filibuster was on: END_OF_DOCUMENT_TOKEN_TO_BE_REPLACED