I was just realizing what an impact the character Spock had on my young life and probably others. I was too young to enjoy the series when it aired, but syndication did the trick. Spock was the first person on TV I can recall who made being a science “nerd” cool and being markedly different admirable.
BTW the video played slowly and choppy for me, and MSNBC is by no means the only streaming site that has these problems. I have no idea why major media organizations can’t do better. But I’ll take a wild guess and assume it has to do with money.
February 20, the day of my birth. That’s right, I made it another year! And while grats are great and a poor guy like me would never turn down a birthday shekel or two sent to my paypal lifeline using Darksydothemoon/at/aol-dot-com, what I’d really like someday is an nice, iCar! In that vein, as oil prices edge higher amid growing Middle East tension and US fossil fuel production grapples with price volatility and safety concerns, one entrepreneur has offered up a possible, intriguing new piece of what our future, collective energy solution might look like: 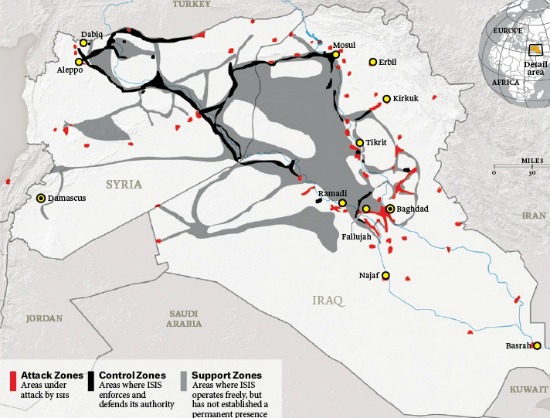 Graeme Wood at The Atlantic has posted a powerful, comprehensive introduction to ISIS which reviews the nascent movement’s recent history, stated goals, and current status. It is highly recommended for anyone with even casual interest, and especially to those concerned we may we well be in the middle of a real war here shortly. The short cliff-note version is that ISIS is a real brand of fundamentalist Islam working to bring ancient values, from over a thousand years ago, in to all aspects of their modern culture culminating in a war of civilizations. The final battle — or one of the final battles — will occur near a Syrian town near the Turkish border, where Jesus Christ himself will ride to the rescue of the good Islamic guys and join the fight against the evil might of vast Roman armies: END_OF_DOCUMENT_TOKEN_TO_BE_REPLACED

When you live long enough you see the same thing over and over again, sometimes in a slightly different package, too often in the same old wrapper. This is true for human interest stories and it’s the same with the Greatest Threat on Earthtm. Even in the pre 9-11 era, the latter kinds of threat seemed to somehow pop up every few years, although the fallout from Vietnam and a Cold War with a credible adversary kept us cautious for a couple of decades.  But after Sept 11, 2001, that caution was long gone. Even the hard-earned second thoughts from the ill-conceived Iraq War has worn off remarkably fast. And these ISIS clowns want us and anyone else they can get in this war real bad: END_OF_DOCUMENT_TOKEN_TO_BE_REPLACED

Why do politicians venture to London like it was an epic journey to the North Pole, where glorious foreign policy cred awaits ye who plants his banner in the middle of Downing Street? Because that hasn’t gone well in the last few years, especially for the GOP, and it has already started off on a small snag even for the careful, bland likes of Wisconsin Governor Scott Walker: END_OF_DOCUMENT_TOKEN_TO_BE_REPLACED 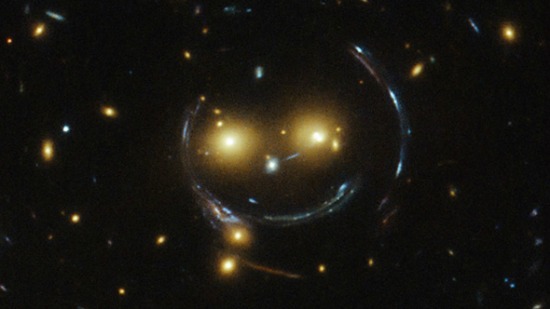 The universe it seems is not without a sense of humor. At least that’s one conclusion a person might draw from this very real image of a distant galaxy cluster bent by the gravity of a nearer cluster into a cosmic smiley face: END_OF_DOCUMENT_TOKEN_TO_BE_REPLACED 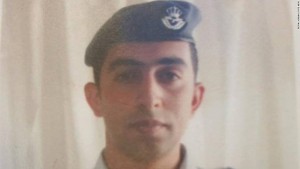 You really do have to wonder who is in charge of PR for ISIS. Because this looks like a sure-fire way to turn everyone against them including fellow Muslims in the Middle East: END_OF_DOCUMENT_TOKEN_TO_BE_REPLACED

From time to time you may hear that anti-vaccination hysteria is a left-wing problem. But that’s simply not accurate. There are a number of groups resisting vaccination, those who have been misinformed about the safety and efficacy of vaccines may lean a little more to the left, those who refuse to vaccinate for ideological or religious reasons may lean a little more to the right. But for now at least what polling we have suggest it’s mostly a non-partisan problem and that’s probably a good thing: END_OF_DOCUMENT_TOKEN_TO_BE_REPLACED