There’s the lucky one percent, the luckier top tenth of one percent, there’s the fifty percent, and then there’s the bottom quartile. Somehow, despite an education and skills, I’ve ended up in the bottom and it’s as scary as it sounds. I’m talking minimal survival here, struggling every day for basic food, basic healthcare, modest shelter. That’s why I’m asking for donations this holiday season. A site like that this can’t operate for long as a hobby, not without a little support, but it’s way past that for me and so many others like me. The corporate sector has let us down, again and again, over the last few years. It has let down the kind of people you read about, the reportedly highly sought after employable computer nerds, regardless of what media stereotypes have been packaged and sold. And it doesn’t have to be that way, judging by reported corporate earnings, there should plenty to go around. Especially for those of us who actually do the work. Alas, for many there is not. END_OF_DOCUMENT_TOKEN_TO_BE_REPLACED

It seems the usual suspects have mostly dropped their war drums and quieted their war chants about re-occupying Iraq. Also known as trying to injure the White House. Maybe a better, more genuine discussion would be what the US and the rest of the world is willing to do about improving the dire situation in Central America. As things stand now, thousands of mothers and children are being duped and intimidated into a death defying run for safety in the US. Here’s some of what is motivating them: END_OF_DOCUMENT_TOKEN_TO_BE_REPLACED 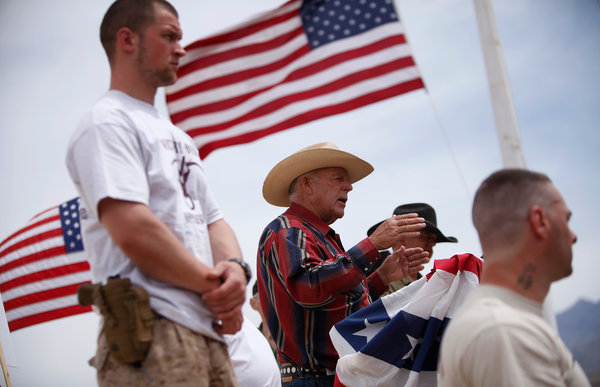 You’ve probably seen the spectacle of Clive Bundy and his band of militia who chased off government officials attempting to collect the hundreds of thousands of dollars he owes in grazing fees last week. After the government left, the militia hung around and it turned into sort of a gubmint bashing party right down to the barbeque, with Teabagger pols lining up to swear their allegiance with Bundy and his newfound hatred of the government. Oddly, they did this all while waving US flags around. But now Bundy opened his mouth one too many times and the party is probably over: END_OF_DOCUMENT_TOKEN_TO_BE_REPLACED

If rejecting the federal Medicaid expansion for people living in poverty was ‘awesome in evilness,’ this new scheme by Florida Republicans to deprive middle-class and poor voters their constitutionally mandated rights in the state’s largest population center is social sociopathy:

Think Progress — During the 2012 presidential election, voters reportedly waited on line for upwards of six hours. That wait alone is enough to deter would-be voters from going to the polls. But now residents in Florida’s most populous county will have another disincentive: they won’t be able to go to the bathroom.Earlier this year, the Miami-Dade County Elections Department quietly implemented a policy to close the bathrooms at all polling facilities, according to disability rights lawyer Marc Dubin. Dubin said the policy change was in “direct response” to an inquiry to the Elections Department about whether they had assessed accessibility of polling place bathrooms to those with disabilities.

These same polling places had six-hour lines in the last election, so you get the picture. A interesting evil feature here: there are laws, some part of the voting rights act, that require public polling places be accessible for the disabled. That applies to buildings and bathrooms, too. What these evil bastards have done is hijacked that reg to screw over everyone, justified on the paper-thin premise that it is fair: it’s fair because it makes bathrooms inaccessible for everyone, thus creating a level non-peeing field for handicapped and non-handicapped voters alike. Yeah. Stone cold evil clowns trying to rig elections in the favor of the super wealthy conservative rich.

When I first saw this, I tought for sure it had to be Onion-esque satire. I’m still not entirely sure. But it appears to be real. We have a petition that’s burning up the intertoobz on this sick scam here at Daily Kos.com.

If the video acts up, it is hosted here at Slate.com

Except sadly, Ryan isn’t joking. The esteemed steely-blue-eyed granny starver released his not-much anticipated budget today. It has lofty goals! Raise the standard of living for working class and poor families, increase economic growth, and reduce the deficit. Conservatives from all corners of the nation, many still cringing from the success of Obamacare, are bragging it does all this and more (So much more!) by … cutting taxes on zillionaires, slashing social safety net programs, taking health care away from about ten to twenty million people and robbing millions more of benefits, and deregulating everything from Wall Street to energy:

WaPo — Overall, Ryan would cut about $5.1 trillion from projected spending over the next decade, with nearly $3 trillion coming from repealing the health-care law and revamping Medicaid. Still, Ryan’s proposals fell short of balancing the budget, forcing him to resort to a vague promise of new revenue from “economic growth” to meet his goal of wiping out deficits by 2024.

Republican Jesus would be proud. That’ll do Paul, that’ll do.

We have an elected office in Texas called Land Commissioner. But it’s really more about mineral extraction and distribution, i.e., big business, than just land and it’s one of several ideal starting points for a long, profitable, national political career. Alex Pareene, always a fun semi-daily read at Salon, has a short piece a couple of days ago titled GOP’s secret idiot? If George P. Bush is its future, the party’s in trouble. Wherein he makes some great points about the latest Bush-spawn running for a launching pad office in the Great Lone Star State, and may well be right. But just to take the potentially dismal counterpoint, I want to highlight one thing that jumped out at me in the post: END_OF_DOCUMENT_TOKEN_TO_BE_REPLACED

A round of DoS attacks swept through FTB this Sunday. SkepChick and others were also hit so deduce what you may. It seems to be working now, but if you’re experiencing delays waiting for the page to load, that’s the crack software making sure you’re not a bot. We’re going to a new hosting service in a few weeks in part precisely because of this kind of shit.

Meanwhile, back in Tim Armstrong’s world, the world’s biggest asshole CEO of the week who tried to screw AOL employees out of some retirement benefits by blaming his company’s blow out, record quarter on Obamacare and two employees who had the bad sense to have premature babies, one of those mothers spoke up and spoke up loud: END_OF_DOCUMENT_TOKEN_TO_BE_REPLACED

To hear a few zillionaires lament on how mean the world is, you’d think they were being worked to death in Cambodian killing fields. But endless bleating from the coddled conservative rich is standard procedure these days in luxury estates and aboard corporate jets. Leading the pack of rich whiners is Tim Armstrong, CEO of AOL, who tried vainly to justify cutting 401-k benefits with this drivel: END_OF_DOCUMENT_TOKEN_TO_BE_REPLACED 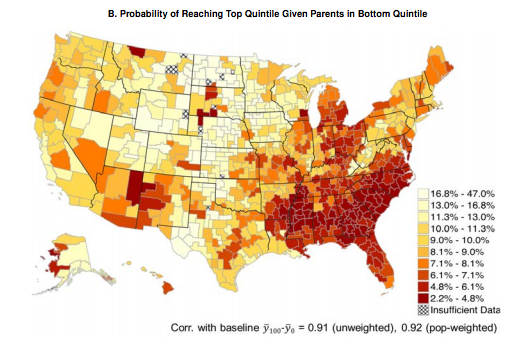 This image was going around a few weeks ago showing upward mobility by region. Notice how Yuppiehood is greatly diminished in conservative regions. Again, I’m not that partisan, it’s just that current GOP policies do not work: END_OF_DOCUMENT_TOKEN_TO_BE_REPLACED