You have to hand it to Texas Republicans. We have some of the craziest, teabgging-est fire breathing willfully ignorant and happily arrogant asshats to ever serve Big Money Jesus. Like the nutty fellows who got caught off guard by the additional expenses incurred by women when access to birth control is restricted: END_OF_DOCUMENT_TOKEN_TO_BE_REPLACED

Newt Gingrich has a message for you ladies with your pink panties all bent out of shape: this God approved rape thing is no big deal! END_OF_DOCUMENT_TOKEN_TO_BE_REPLACED

Having now witnessed firsthand the effect Mourdock’s quip has on women, I can say I misjudged the profoundly offensive nature of his warped view and by extension the views of other GOP lawmakers. One women tried to explain to me why she could never explain it to me. Her point was I could never imagine the full effect, the wrenching almost supernatural and creepy punch in the gut, those words conveyed. Even if I had been raped by a man she correctly noted, “You can’t get pregnant, you don’t even have to worry about getting pregnant, so that wouldn’t be the half of it.” END_OF_DOCUMENT_TOKEN_TO_BE_REPLACED

You knew the crazy teabagging congressional caucus couldn’t go long keeping their crazy science-y ideas to themselves about the mysterious lady parts. After a dreadful summer topped off by Todd Akin, Quasi-MD., the first debate and subsequent polling seem to finally turn Romney’s way. Which is why I bet crazy Joe Walsh is being told to politely and firmly by his colleagues to please cease and desist before this turns into another Todd Akin flap: END_OF_DOCUMENT_TOKEN_TO_BE_REPLACED

Just one poll, not sure what to make of it, yada-yada-yada: END_OF_DOCUMENT_TOKEN_TO_BE_REPLACED

You may want to hold your nose if you go below the fold. The National Review waded into the sewer of right-wing misogyny, and decided to spruce the place up by taking a giant steaming shit: END_OF_DOCUMENT_TOKEN_TO_BE_REPLACED 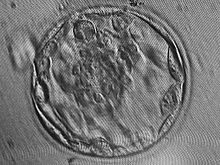 There’s a lot of wacky claims made by religion and the jihad against bacon, sweet salty innocent bacon, is one result. FWIW, I like bacon, I think bacon tastes good on everything including ice cream. But some wayward bacon left in a New York City park before the Muslim holiday Ramadan raised concerns over religious intimidation: END_OF_DOCUMENT_TOKEN_TO_BE_REPLACED

The GOP elephant in the rape room is this: among the socially conservative base of the Republican Party is a core group of faith-based misogynists who believe 1) women lie about being raped, and 2) that it’s the women’s fault when she gets raped. The code words and dog whistles about “forcible rape” and the jihad against birth control that have come to dominate the GOP are all fueled by that very real fundamentalist sexism.

I have this to say to conservative and independent voters who are as appalled as the rest of us: you can say you are going to vote for whoever you wish, and once in the privacy of the voting booth you can actually vote for whomever you want, and no one will ever know the difference unless you say so. Pass it on.

So Paul forcible-rape Ryan and friends called on Todd legitimate-rape Akin to drop out of the race. Otherwise, their plans to cut further taxes on conservative zillionaires by fucking over women will be endangered by Akin’s untimely quip about one branch of wingnut pseudoscience used to fuck over women. So far Akin has declined to drop out, and if he does the evangelical base will be miffed. Which means, today, we get to enjoy watching this unholy junta once known as the Republican Party teeter on the edge of a long coming and well deserved collapse. END_OF_DOCUMENT_TOKEN_TO_BE_REPLACED

It’s amazing, and yet all too predictable. Rep Todd Akin, the same guy who seems to have bought into wingnut pseudoscience that insists women who are raped can somehow selectively prevent or abort any resulting pregnancy, sits on the House freaking Science Committee. And the good news is, he may stay there, because his bid to win a Missouri senate seat is in real peril now: END_OF_DOCUMENT_TOKEN_TO_BE_REPLACED