As someone who has had to occasionally beg readers for money, perhaps I should keep my mouth shut about charity requests and incessant email from politicians I’ve bent over backwards to support who, especially over the last few months, are bugging me for more and more and more money. I guess emails aren’t so bad, we can delete them in private, but it struck me tonight that it now happens in Walmart or other grocery store or box retailor every single time I shop.

I actually stopped going to Whole Foods in part because I was tired of being hit up three or four times every trip, END_OF_DOCUMENT_TOKEN_TO_BE_REPLACED

OK, the economy must be getting better. Or maybe I’m just dealing with more organized and/or more ethical people. I thought I had a job lined up a week and a half ago, one I wanted, tablet network support for a Fortune 500 client. Definitely a useful skillset to acquire. But as luck would have it, they were trying to squeeze me in at the last moment, I was the last guy hired and the client downsized their needs at the last second, so I was out of luck.

It was disappointing. But the reason I found out what happened is the lady who recruited me actually followed up with a full explanation and an apology, sincerely in my opinion, .i.e., treated me like an actual person. Which hasn’t happened lately, for the last few years, if you didn’t get the job, you either hear nothing back at all or you get a form letter. And that’s not even the best part.

She kept track of me. Two days ago an even higher paying, better job END_OF_DOCUMENT_TOKEN_TO_BE_REPLACED

So after two weeks of intense job searching and no posting, thinking I had a job twice only to have both fall thru for reasons beyond my control or the prospective employer’s fault for that matter, I have absolutely nothing to show for the effort. Today’s incarnation is yet another job, third one, that seems or perhaps seemed like a pretty sure deal, but they did not send me training instruction on Friday like they said they would. So now I’m in limbo, again. It’s a little frustrating, but I’ve gotten used to it.

I posted a more detailed article at Daily Kos yesterday, titled in the format used on The Big Bang Theory, The Vaccination Intervention. I was pleased to see the comment section, now 500 strong and climbing, didn’t degenerate into an all out flame war. But there were a few commenters whot were making claims that sounded like they’d been piped straight from an anti-vaxxar website or seminar. Per usual, these individuals appeared impervious to evidence and reason.

As the evidence mounted that the link to autism was a dead-end,  anti-vaxxars did what most pseudoscientists do. They upped the ante with ever more elaborate conspiracies, and moved the goal posts by making claims that were less and testable. Too many too soon is a good example:

Respectful Insolence — As I’m so fond of saying, the vaccine-autism hypothesis is not “pinin’ for the fjords.” It is no more! It has ceased to be! It’s expired and gone to meet its maker! It’s a stiff! Bereft of life, it rests in peace! If antivaccinationists hadn’t tried to nail it to the perch it’d be pushing up the daisies! Its metabolic processes are now ‘istory! It’s off the twig! It’s kicked the bucket, it’s shuffled off ‘is mortal coil, run down the curtain and joined the bleedin’ choir invisible!! It IS AN EX-HYPOTHESIS!!

BTW, I keep waiting for my Big Pharma payoff to arrive, but so far, nada. Cheap bastards.

There’s some religious angles to this deal. Some vaccines were developed using fetal tissue, then there’s the general distrust of government, fanned by series like X-files and nurtured by the religious right whenever there’s a democrat in the WH. But by and large we’re lucky there’s not a ton of industry money or verses in the Bible fueling this particular anti-science racket. There’s a critical point in any population beyond which large scale epidemics of preventable disease can flourish. We may be pushing in that direction in some communities, but so far at least, we haven’t exceeded that line. Much to our benefit, whether you accept the science or buy into the nonsense. 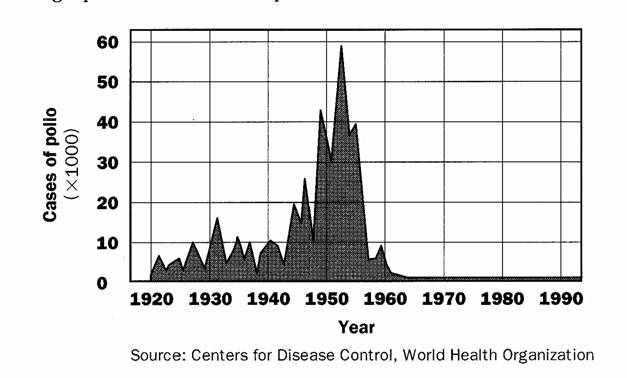 You probably do not want to read the comments in the link below. They follow a post by Mayim Bialik, aka Blossom, aka Amy Farrah Fowler on Big Bang Theory, wherein it came to light she chose not to vaccinate her kids and speculation ran that she might be an anti-vaxxar. It’s not clear if the last part is true or not. Here’s an except of her post: END_OF_DOCUMENT_TOKEN_TO_BE_REPLACED

Recent Romney VP pick Paul Ryan has a shiny new anti-poverty program that has taken the usual DC pundits breath away, because he cares, he really cares: END_OF_DOCUMENT_TOKEN_TO_BE_REPLACED

I spend most of my time these days applying for jobs, taking skills tests for jobs, doing phone interviews and in person interviews for jobs. Then there’s ancillary stuff, like working out to look trim and fit. I typically see a hairstylist to make sure my do is up to snuff, hair professionally colored, and I always see an aesthetician the day before an in person interview to touch up eyebrows and make sure nose or ear hairs aren’t sprouting out grotesquely. I also make sure my wardrobe is appropriate, if there’s a coffee shop nearby sometimes I’ll stake out the employer or peek around online, to get a feel for day-to-day dress code, and often shop for the interview with a fashion-minded friend if need be to make sure I wear just a notch or two above what my prospective employer-interviewer is likely to be wearing. So in short, it’s a full time occupation, one I’m serious and methodical about. I even tan to look as good as possible. END_OF_DOCUMENT_TOKEN_TO_BE_REPLACED