If you haven’t seen this wonderful piece of Internet goodness, enjoy. That’s the Japanese Hip-Hop death-metal-fusion group called Baby Metal. With 17 year-old Suzuka Nakamoto on lead vocals, Moa Kikuchi and Yui Mizuno screaming, rapping, and dancing on each side. That video, titled give me chocolate, is tearing the toobz apart right now, probably because, in the words of Elton John, “They’re weird and they’re wonderful.” Have a great weekend! 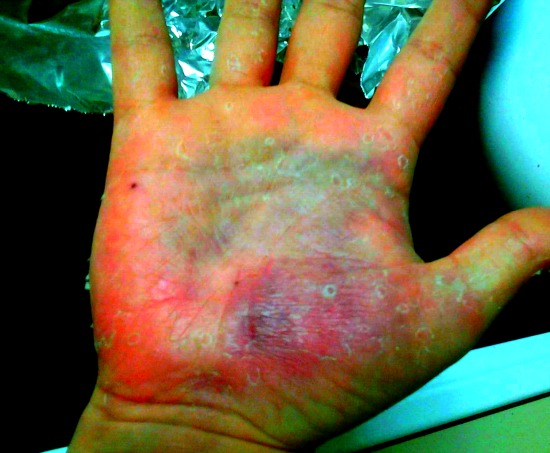 These days, you don’t need a boat to wakeboard. There are cable parks, where you grab a handle that’s attached to overhead cables and it pulls you right along. Of course, no boat means no wake to jump. But them young whipper-snappers have come up with a  solution, sliders and kickers. A kicker is a curved ramp, kinda like a half pipe shape to it. A slider is like a balance beam sticking out of the water. Beginner sliders might barely stick out just a few inches, more advanced ones might be three feet tall or more and have A-frame shapes to them. It’s amazing what accomplished riders have learned to do on them.

OTOH, no pun intended, if you’re aren’t a very good wakeboarder, and happen to just pop out of the water next to one of the higher sliders and maybe tap it with your board, just to make sure you can get enough air and control to think about sliding down it for real later on, and let’s just add you have a brand new Ronix Bandwagon board with a triple rocker and camber, so it’s like a flattened, recurved compound bow that launches you into the air with a surprisingly small amount of effort, you might screw up and get too high, you might get generally catty-whompus to the point that a right hand instinctively reaches out to keep you from hitting the top of the slider, and you could just possibly fracture a bone at the base of the thumb called the Trapezium. Which, as it turns out, is a bone you don’t think of much, until it’s messed up. At which time it gets crystal clear just how much that thumb is used on a daily basis.

We have an elected office in Texas called Land Commissioner. But it’s really more about mineral extraction and distribution, i.e., big business, than just land and it’s one of several ideal starting points for a long, profitable, national political career. Alex Pareene, always a fun semi-daily read at Salon, has a short piece a couple of days ago titled GOP’s secret idiot? If George P. Bush is its future, the party’s in trouble. Wherein he makes some great points about the latest Bush-spawn running for a launching pad office in the Great Lone Star State, and may well be right. But just to take the potentially dismal counterpoint, I want to highlight one thing that jumped out at me in the post: END_OF_DOCUMENT_TOKEN_TO_BE_REPLACED

OK technonauts, I have cobbled together a decent desktop PC from donated parts (Thank you all, you know who you are). It’s a decent mid range gaming system and that’s cool. I’ll be downloading World of Warcraft later this week if everything seems to be running OK. I did stick with Windows 7. But the main reason I wanted this machine was to do more complex things, like make and/or edit videos quickly and professionally. Here’s a good specific need: suppose I had a jpg or other image file, let’s say of the NASA GISTEMP weather station record, which looks like this below.

Can I lay that over moving content? Can I stretch and move the window containing the graphic over the moving content? Same would apply to poll results either as text or bars or a chart, over moving video content? If so that would be awesomel. Better yet, I’d like to be able to dabble in some FX … say for example make someone’s nose grow Pinocchio style while they’re talking/lying. Does anyone have suggestions or experience with this stuff? One of the most recommended editing packages is PowerDirect by Cyberlink, plus it’s only $75 and there’s a free trial. Is this an editing product that will let me lay simple line graphics images or text over moving content and do other fun stuff?

The abiotic oil idea is geologic nonsense, but it’s found a second life by being highly useful for disarming concerns among the faithful over the finite supply of fossil fuels. As Rachel correctly points out above, this is an outgrowth of young earth creationism aided by wishful thinking and the willful ignorance now in the process of utterly consuming a once relatively normal political party. It becomes a big problem for the rest of us when they put anti-science nutcases in charge of large departments tasked with preventing or mitigating this kind of stuff:

North Carolina health officials are warning residents to steer clear of the Dan River, where a pipe from a nearby power plant is dumping unsafe levels of arsenic. … Arsenic levels in the waste-water are 14 times those considered safe for human contact.“Because the Duke Power-Eden coal ash spill is located in North Carolina’s portion of the Dan River, a potential hazard exists immediately downstream of the release,” health officials said in a statement, recommending that people “avoid recreational contact with water and sediment in the Dan River in North Carolina downstream of the Duke Power-Eden spill site.”

I enjoyed a nice week off, during which time the Earth swung one more time past my day of birth. One of the places I visited during hiatus was a Steampunk lounge. The premise is built on the idea that Charles Babbage, or someone else, completed an analytical engine around 1840. It was by some accounts the first full-blown computer with the capacity to carry forward and store answers, i.e., memory. The idea, so the story goes, led to better and more compact designs eventually bordering on near nano-tech like breakthroughs enabling all sorts of interesting robotic and cybernetic devices. Eventually, with the invention of telegraph and telephones, and the lines to carry complex signals, the Info Age dawned in 1890 or so, a full century early. This first-wave sci-fi genre remained fairly obscure throughout the reality of the 1990s. But a lot of the people who read it were also into programming, some went on to develop video games, or contribute to movies and series, so the fashion and art influence grew and evolved in different ways in a second wave.

That alternative history is called Steampunk, a play on Cyberpunk. But it struck me that in some ways, we do live in a steamy-punkish world. True, the technology that is the most ubiquitous is Wi-Fi and iPads and social media. But what still drives it, the underlying industrial infrastructure mostly unseen by today’s cell phone addict, is gears and wheels, powered by burning gas, oil and coal, turning water into steam to produce electricity. 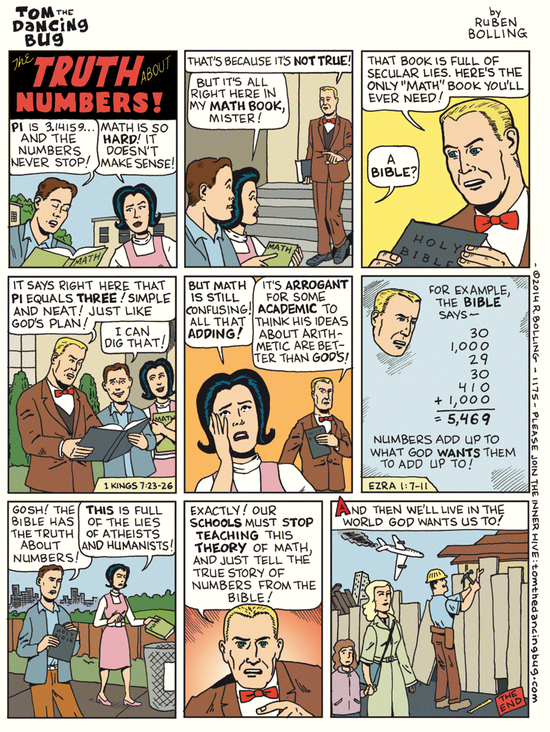 After a spate of applying for some jobs I somehow ended up on several wingnut emails lists. As annoying as it is, that marketing method works, I open them from time to time, whenever I need a laugh, or a sob. What’s shocking isn’t the sheer magnitude of the lies, it’s how badly their own, sincere righties, are openly preyed on by shysters with the full cooperation and aide of the GOP establishment. It’s just one scam after another. Today the subject was “How will atheists explain THIS!?”

That link goes to a page that screams in large red letters: END_OF_DOCUMENT_TOKEN_TO_BE_REPLACED

A round of DoS attacks swept through FTB this Sunday. SkepChick and others were also hit so deduce what you may. It seems to be working now, but if you’re experiencing delays waiting for the page to load, that’s the crack software making sure you’re not a bot. We’re going to a new hosting service in a few weeks in part precisely because of this kind of shit.

Meanwhile, back in Tim Armstrong’s world, the world’s biggest asshole CEO of the week who tried to screw AOL employees out of some retirement benefits by blaming his company’s blow out, record quarter on Obamacare and two employees who had the bad sense to have premature babies, one of those mothers spoke up and spoke up loud: END_OF_DOCUMENT_TOKEN_TO_BE_REPLACED

To hear a few zillionaires lament on how mean the world is, you’d think they were being worked to death in Cambodian killing fields. But endless bleating from the coddled conservative rich is standard procedure these days in luxury estates and aboard corporate jets. Leading the pack of rich whiners is Tim Armstrong, CEO of AOL, who tried vainly to justify cutting 401-k benefits with this drivel: END_OF_DOCUMENT_TOKEN_TO_BE_REPLACED