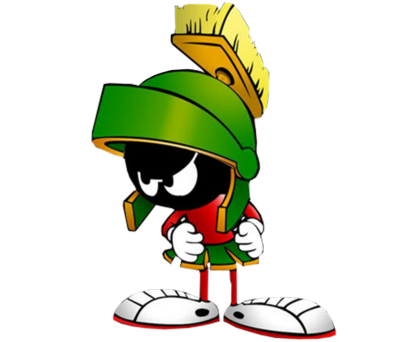 In brief, we work with medium-sized companies in a growing retal and commercial sector providing a virtual environment for end users that is, bar none and hands down, the best in the business. There’s a reason why this firm has grown leaps and bounds over the past five years. My understanding is we are actively looking to bring a few more people in. I was told by a recruiter there is a particular need for implementation engineers, storage architects, security experts, UI artists with graphics design experience (HTML, XML, CSS, Java), project managers who can tie all that together across multiple sub-departments, and developers of several stripes. This isn’t an internship or a temp summer gig: this is a hit the ground running, full-time, ready to relocate if need be and work at the highest performance level kind of opportunity. But don’t be intimidated either, they hire all ages, all backgrounds, many occupations. My take is the number one thing they’re looking for right off the bat in a phone screen or interview is pure, raw intelligence. Use the contact info posted in the corner if you would like to chat more about it, or try darksydothemoon at good ole AOL hell. Put “job” in the subject line. More below.

I can’t tell you how much having a real job working with great people at a company that pays a good starting wage has improved my attitude toward day-to-day life. That’s really all most people our age who are looking for meaningful work need, just that chance, like the chance I now have. We will make the most of it, if we find an employer willing to give us that tiny opening to ram into and plow through.

General details: despite the many challenges of ramping up, it’s about the most fun place to work at I’ve seen in years, and comes with the coolest, most dedicated coworkers I’ve ever worked with. They’re all younger and so much more hip than I am! And yet, they’ve bent over backwards to create a great, nurturing culture for all us FNGs. My new company absolutely has that feel of Google or Dell in the early days, right down to chillax rooms, a music room stuffed full of instruments and sound proofed where anyone can wonder in and jam, loads of coffee and baskets of fruit and bagels free for the taking, etc. My job involves everything from reading logs to drilling into databases using queries.

This last week I had breakfast with the founders and officers. And they gave me what I thought was some cool advice: ‘we hire only the best, so don’t do yourself or anyone else the disservice of judging anyone here by the way they dress or how they look or even how they talk or act. There’s a reason that person is here, and it has nothing to do with superficial appearance. So I wore a Marvin the Martian t-shirt on Friday and my coworkers loved it!

The competition for this company is beyond fierce, it’s absolutely brutal, the two people who interviewed me initially had their choice of many other people to fill the role. All of those competitors were probably younger, with more up to date training and relevant prior experience, not to mention more agile minds in some respects simply from growing up in the Internet age instead of having to be retrofitted like some of us. But I won out, my future bosses chose me; they took a chance on me. So I’ve been concentrating on delivering my end of that bargain; it seems only fair.

For starters, an old and dear friend from another job, a past supervisor who trained me at a video game company and who happened to be a Ninja Jedi Knight bad-ass in that role when she worked there, got my foot in the door. She stuck her neck out for me, I wouldn’t have had a prayer without that recommendation, so I owe her too; all this seems only fair on my part, because fair pay and decent, respectful treatment from my employer gets fair work out of me and then some. My employer gets that at the gut level: What a novel approach in this day and age, no? /sarc

Just the ultra-basics of this job are hard enough to learn that you have to want to master them, you have to enjoy hitting the ground running even though basic competency will take months at best, and you have to like being competent to move forward in that regard, because it won’t come without real effort in this role. And I do want to be good at it, hey, I’m a social progressive, not a slacker!

I also feel I owe it not just to those who took that chance and my friend who helped me get the job, but as a shout-out to all of us middle-agers, too. To represent. We have value in our gray hairs and achy bones. So I show up every day, a little early, well rested, ready to bite the ass off a grizzly bear, but not in a cheesy sales way. More in a “I’m going to run this goddamn problem six ways from Sunday, pour gas on it, light it on fire, feed the flames and burn it to the ground until only swirling ash is left,” because that’s the only way I know to compensate for being new and older, that’s how I plan to succeed, that’s how I am going to deliver.

In a completely unrelated development, I’m helping another friend recover from the effect of multiple brain surgeries to remove a malignant brain tumor. She survived a grim diagnosis — early on she was basically told this would be fatal within a year or less, she beat those odds and appears to be among the single digit percent who will, someday, die from from something else, but it came at a steep price. She’s having to relearn to walk and live independently and do a thousand things we all take for granted. I get a great deal on living expenses as part of that effort. But the real payoff is watching her progress, it has been inspiring. She’s also no slacker.

But I have been a slacker here on FtB and for that, I apologize.

So bottom line, they — or I guess I should say “we” by now — do indeed pay a fair living wage from the get go, there are generous benefits on top of that starting rate, including, just as an example, incentive stock options awarded to your humble narrator and blogger on day one. I have vastly decreased my living expenses and boosted my income. After what I’ve been through with the health issues and scrapping for work and living wage payola, a struggle that might have proven deadly without many of you helping out, throwing me a bone in the form of writing work and hand outs from time to time, I literally do not know what to do with the money suddenly available. But in the words of Arthur C. Clarke in the book 2001 when he was describing Moon-watcher and later, the star-child … I’ll think of something.