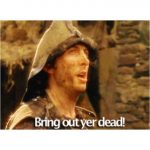 How odd that I have to get info about university policy from a TV news site rather than from our administration.

University of Minnesota professors are mulling a work stoppage if the university refuses to impose a COVID-19 vaccine mandate, according to American Association of University Professors meeting minutes and documents obtained by 5 EYEWITNESS NEWS. More than 500 faculty and students have signed on to a letter endorsing a vaccine requirement.

Hang on there. I haven’t heard even a whisper of a threat of a work stoppage from my colleagues or the university listserv. One way to look at it is that we are generally obliging sheep who will march to our doom without hesitation. A better way to look at it is that we take our responsibilities very seriously — our students are making a 4 year commitment to a structured, cumulative program of instruction, and we don’t want to compromise their advancement at all. A year and a half ago, we shut down classes on campus and scrambled to keep the students going with online instruction, at great personal cost, and we’d do it again. A work stoppage isn’t in the cards, a workload increase is.

I also expect that the prospect of students dying on campus is a more potent incentive to impose a vaccine mandate than the idea that professors might walk out. I hope. You never know with university administrators. My university doesn’t employ many adjuncts, so the idea of using adjuncts as front-line cannon fodder is off the table, anyway.

At least this part of the story is accurate.

AAUP members say they are frustrated by governing bodies of the university making decisions without consulting affected faculty and staff, who came to the following agreement:

“The consensus emerged that we should bring pressure for a vaccination mandate to bear through the media as well as through organizations like Council of Graduate Students, Minnesota Student Association, and college and university governance. Public pressure could give the administration cover to alter the present policies. Our targets and objectives are twofold: the U president, for mandating vaccinations; the U provost, for mandating versatility in instructional modality.”

Frustrated is right. The faculty as a whole have not been consulted on pandemic policy. We just get messages from on high. “No vaccine or mask mandate!” Then, “OK, mask mandate! But you’ll be teaching in a classroom!” Or, “Get tested!” But then, “we’re shutting down testing facilities! And the campus vaccination service!” We’re not asked, we’re told.

But there aren’t even rumors of work stoppages. At least, not until our classes are drained by the death or quarantining of mass numbers of students. I draw the line at asking students to die for their biology degree.