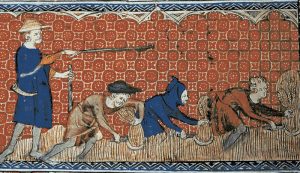 The president of Columbia University made it crystal clear. The administration is wrestling with the idea of in-person classes, which is telling in itself — the administration doesn’t give a good damn about the health and safety of faculty, staff, and students or they wouldn’t be debating how to shove their employees into milling crowds of unvaccinated students. But President Bollinger admitted something heinous in a memo to other administrators. First, though, he said this in public.

Faculty response to new models of teaching necessitated by the pandemic has been tremendous. We want to support faculty in every way we can…the University will not prescribe an approach for individual faculty members. Faculty will have leeway to teach in person, online, or some combination of the two, in consultation with their schools.

Great! That’s what I want to hear! Except…

…the instructional faculty for the Core is largely composed of non-tenure-track individuals, which means we should have greater leeway to expect in-person instruction, if that’s what we deem best.

Hey, you know that huge swarm of underpaid, untenured adjuncts we have teaching the core courses of the university? They’re expendable, they have to do what we say, we’ll just make them take all the risks! After all, we know what’s best for them.

I call on my fellow tenured faculty to show solidarity with the scholars and scientists who work side-by-side with us, with far more job insecurity and with the contempt of the administration. They are not serfs. They deserve equal respect…which, given that university administrators don’t have all that much respect for their tenured faculty, isn’t asking a lot.

Uh-oh. We’ve only got a week left, atheists! » « The right attitude