This morning I set up some housing for a few of my new Texas imports, moving them out of their cramped vials and into big roomy spaces with cardboard frames. As usual, they were a bit frantic and were scurrying all over the place at first — I found the easiest way to shift them was to let them come out onto my hand, and then hold them gently over their new digs, and often they’d just drop a dragline and rappel down into their new home, and if they didn’t, a gentle nudge with a paintbrush would send them on their way.

They’re still a little bit stressed. After running around in circles for a bit, they found a comfy corner of the frame and just hunkered down and refused to move further. I left them a few flies and then took some photos before leaving them alone to settle in. I assume they’ll saturate the space with webbing and then hang somewhere comfortable, but that’ll take a few days.

Here are a few photos of them sullenly occupying a corner. They are all Steatoda triangulosa. 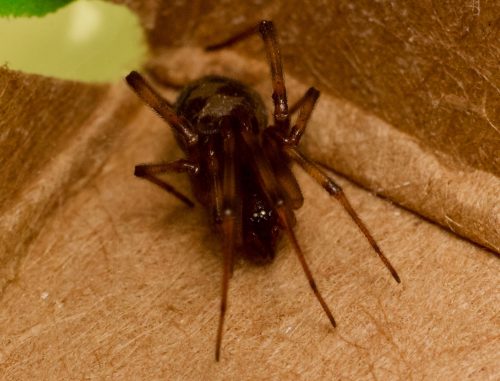 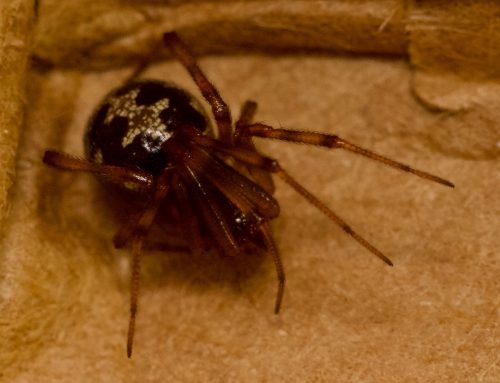 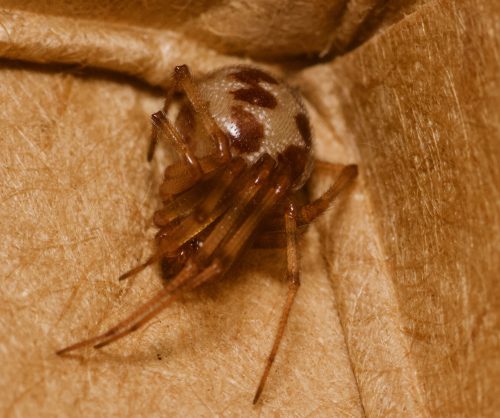 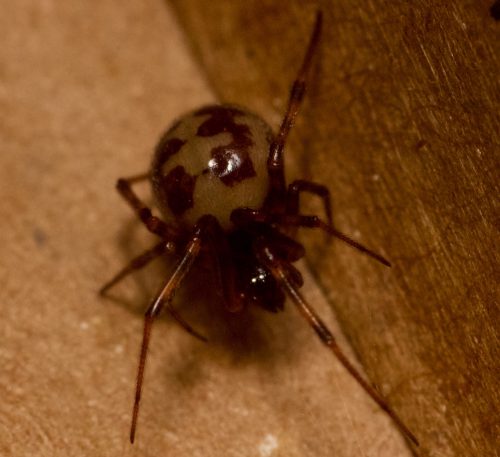 There’s a fair amount of variation in the density of the pigmentation, and also in the shape of the lighter-colored triangles. Compare Jacinta, with her smaller, tighter pattern and mottled pigment, to Lantana, where triangles have expanded and are bleeding together. This is the kind of variation I’m looking for!

Now I just have to get them to make babies. I’ve also got a half dozen younger, smaller S. triangulosa I’ll move once they’ve grown a bit more.

There are no victories » « Has the War on Christmas already started?