Case in point: this political cartoon. 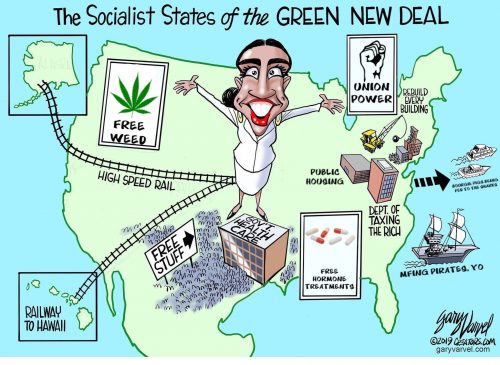 Am I supposed to laugh at it? Find it appalling? I don’t know. It looks like a pretty sweet deal, this socialist state.

I took a look at some of his other cartoons. Mainly what I see is a bozo flying into fits of apoplexy at the idea of “free stuff”, where the underprivileged get anything that might make their lives better. He’s really committed to making sure everyone stays “in their place”.

But come on! A high-speed rail to Alaska and Hawai’i? Who could complain about that?

A sentiment for Halloween » « I am a terrible person, with my own prejudices, but at least I’m not a cult member