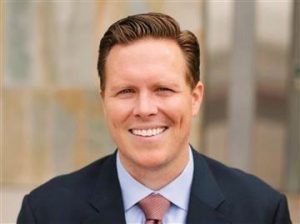 For example, I saw this guy’s photo, and my brain immediately said to me, “Mormon.” I lived in Utah for 7 years, and got to know the type very well. Slight counter-evidence was that he was an elected official in Arizona, but that really didn’t matter much — the Mormon belt runs from Arizona up into Canada.

Then I read the summary:

An elected official in Arizona was suspended Monday after he was charged with running a human smuggling scheme that brought pregnant women from the Marshall Islands to the U.S. to give birth and then paid them to give up their children for adoption.

Aaah! My brain is running around screaming, “MORMON!”. This is a classic LDS move, since they spend a lot of effort proselytizing in the Pacific islands, and I knew a surprising number of islanders living in Salt Lake City.

Petersen completed a mission in the Marshall Islands, a collection of atolls and islands in the eastern Pacific, for The Church of Jesus Christ of Latter-day Saints. He later worked in the islands and the U.S. on behalf of an international adoption agency before going to law school and becoming an adoption attorney.

Yep, Mormon. My Modar is still working. What this guy was doing was really deplorable.

Petersen, a Republican, has been indicted in federal court in Arkansas and also charged in Arizona and Utah with crimes that include human smuggling, sale of a child, fraud, forgery and conspiracy to commit money laundering.

The criminal case spans three years and involves some 75 adoptions, authorities said, with about 30 adoptions pending in three states.

Petersen is accused of illegally paying women from the Marshall Islands to have their babies in the United States and give them up for adoption. The women were crammed into homes owned or rented by Petersen, sometimes with little to no prenatal care, court documents say.

Oh, right. Republican, too. Republicanism is an even creepier cult than the Church of Latter Day Saints.