Gordon Moore said in 1965 (Moore’s Law) that the number of transistors per silicon chip doubles every year.  I wonder if that applies to transitions, too.

IPSOS released a poll on Wednesday, June 9 (a PDF is available), showing the generational increase in people who identify as LGBTQIA and their attitudes towards marriage equality, how it nearly doubles from boomers to Gen X to Millennials and Gen Z.  But I suspect “identify” more accurately means willing to say it openly, rather than be LGBTQIA.  We have always been here, it was societal bigotry that prevented people from living openly.

Younger people are more informed about LGBTQIA rights and issues, ipso facto (ha, ha) they are more likely to be accepting and respectful of LGBTQIA people.  From the IPSOS website:

Also surveyed was the attitude towards marriage equality. Of the countries surveyed (which is not the entire world), 54% support full marital rights and another 16% some form of legal partnership, or 70% in total of those two.  Twenty five of the 27 countries are (combined) at least 50% in favour of full marital rights and legal partnership.  That includes South Korea, a country awash in and tainted by christianity, and Poland and Hungary, where the regimes are attempting to criminalize LGBTQIA people.  When even a socially conservative country like China is ahead of you (yeah, you, Russia, Turkey and Malaysia), you know you’re on the wrong side of history.

And these results are from the entire survey of all ages, not just among younger people.  The bigots in those governments are clearly out of step with their citizens.

I object to the term “same sex marriage”.  It should be marriage equality.  If I find and marry a man, it will be a heterosexual marriage, not “gay” or “same sex”.  And the same goes for Non-Binary, Agender, Gender Fluid and other people, let them define their own term for their marriages.

END_OF_DOCUMENT_TOKEN_TO_BE_REPLACED

Rainbow capitalism sucks.  It’s sickening to watch corporations wrap themselves in flags and pretend to “care” just to make a profit.  Some of them don’t even donate to LGBTQIA causes, they’re just pretending, slapping flags on their products in order to make money.

There are many companies that are frauds, openly giving millions to politicians who support hate and laws that deny rights to LGBTQIA people.  A fair number of companies that pretend to support LGBTQIA people in public actively discriminate against their employees.  The bigotry of scum like chick-fil-a and hobby lobby is akin to overt racists.  But at least you know what they are, they aren’t pretending to be something they’re not. 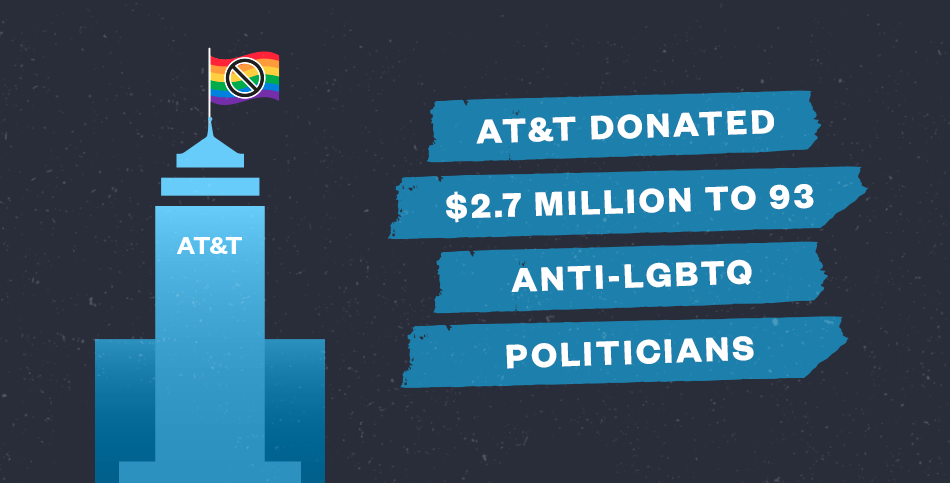 Because of this, sometimes humour is the best way to respond to it. 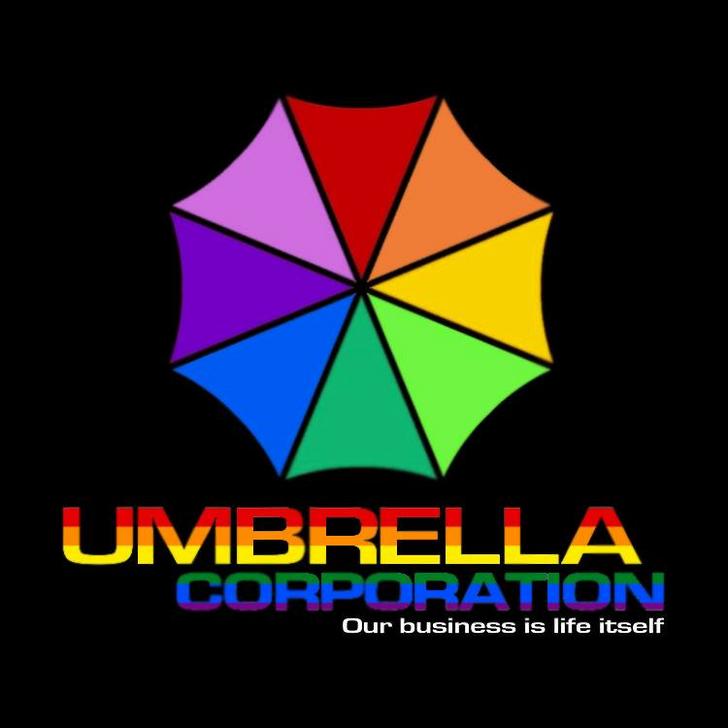 There are more pictures below the fold.

END_OF_DOCUMENT_TOKEN_TO_BE_REPLACED

On June 5, 1981, the first reported cases were announced of a disease spreading amongst gay men in the US and elsewhere.  Originally defined by other names such as homophobic “GRID” (gay-related immune deficiency), it came to be defined as Human Immunodeficiency Virus (HIV) and Acquired Immunodeficiency Syndrome (AIDS) in more advanced cases.

HIV.gov’s “A Timeline of HIV and AIDS” is a site run by U.S. Department of Health & Human Services describing the history of the disease.  Avert.org is an HIV and AIDS charity based in the UK and has another timeline and history of HIV/AIDS, from its origins to milestone events to today.

The history of HIV/AIDS is infuriating, the worst being the similar attitudes of the wealthy today who are willing to let the poor die of COVID-19.  In the 1980s, cisheterobinary people, white people, christians and other religious fanatics and rightwing ideologues saw HIV/AIDS first as a gay male disease, then also as a drug users’ disease.  Governments worldwide saw these people as “undesirables” and were willing (wanted) to let the disease run rampant and kill them.

Early on there was limited or no testing of blood, especially by blood collection agencies, which spread the disease through surgeries and blood distribution.  The people running the Canadian Red Cross walked away without any punishment despite their incompetence which spread it to 30,000 people, killing at least 8,000.  Similar stories happened in other countries.

HIV/AIDS was still viewed as a “gay disease”, and many people who contracted it, including celebrities, tried to conceal their disagnoses (and some their later deaths) from the disease such as Isaac Asimov, Tom Cassidy, Roy Cohn, Jerry Smith, Greg Louganis, among many others.  The stigma led some to discriminate against some, differentiating between “victims” (e.g. Ryan White, Arthur Ashe) and people “who caused their own problems” (e.g. those who used drugs, active in non-cishetero sex).  People with HIV/AIDS are patients and human beings, no matter how they contracted it, an attitude which most of society holds now.

Attitudes only changed when HIV/AIDS spread to the mainstream in two ways.  First, it began to spread amongst cisgender heterosexual people who were not drug users nor amongst any high risk groups.  Second, people paid attention when high profile celebrities announced they had HIV or died from it.

END_OF_DOCUMENT_TOKEN_TO_BE_REPLACED

In 2008, Dr. Jennifer J. Freyd, PhD (Professor Emerit of Psychology, University of Oregon) coined the term Betrayal Trauma, defining it as a kind of trauma independent of the reaction to the trauma.  Betrayal trauma occurs when the people or institutions on which a person depends for survival significantly violate that person’s trust or well-being.  Originally it referred only to institutions (cops, courts, hospitals, doctors, social workers, etc.) which failed to do their jobs, abdicated their responsibilities and abandoned the victims of physical, mental, and emotional abuse, whether general violence or sexual violence.  But Betrayal Trauma can easily be perpetrated by family, parents, friends, partners, employers, coworkers and others (e.g. children who report sexual abuse and are dismissed as “lying”).

Betrayal Trauma is such an accurate descriptor for what it means (and how often it happens) that you have to wonder why it’s not in the common vernacular.

What is Betrayal Trauma Theory?

Professor of Psychology, University of Oregon

Betrayal Trauma: The phrase “betrayal trauma” can be used to refer to a kind of trauma independent of the reaction to the trauma. From Freyd (2008): Betrayal trauma occurs when the people or institutions on which a person depends for survival significantly violate that person’ s trust or well-being: Childhood physical, emotional, or sexual abuse perpetrated by a caregiver are examples of betrayal trauma.

Betrayal Trauma Theory: From Sivers, Schooler, & Freyd (2002): A theory that predicts that the degree to which a negative event represents a betrayal by a trusted needed other will influence the way in which that events is processed and remembered.

Betrayal Blindness and Institutional Betrayal: Betrayal blindness is the unawareness, not-knowing, and forgetting exhibited by people towards betrayal. The term “betrayal blindness” was introduced by Freyd (1996), and expanded in Freyd (1999) and Freyd and Birrell (2013) in the context of Betrayal Trauma Theory. This blindness may extend to betrayals that are not traditionally considered “traumas,” such as adultery, inequities in the workplace and society, etc. Victims, perpetrators, and witnesses may display betrayal blindness in order to preserve relationships, institutions, and social systems upon which they depend.

In other words, related to the last paragraph, individual people may knowingly turn their backs on victims in order to preserve their own personal relationships.  They would rather protect their selfish social interests than do what they know is morally right.  I’ve met people in my life who have said they would cover up for someone’s crime because “they’re my family/friend!”.  I personally know performative feminists who would rather maintain their friendships with sexual predators than make them come forward and admit guilt in order to protect their social lives, who say things like “Believe women” and “Hold your friends accountable” but fail to live up to them.