As I’m sure those paying attention know, there is an outbreak of polio in New York state.

New York polio case is the ‘tip of the iceberg,’ hundreds of others could be infected, health official says

Hundreds could have polio after an adult in the New York City metro area caught the virus and suffered paralysis last month, the state’s top health official said this week.

New York state Health Commissioner Mary Bassett warned that the confirmed polio case in an unvaccinated adult, coupled with the detection of the virus in sewage outside the nation’s largest city, could indicate a bigger outbreak is underway.

“Based on earlier polio outbreaks, New Yorkers should know that for every one case of paralytic polio observed, there may be hundreds of other people infected,” Bassett said. “Coupled with the latest wastewater findings, the department is treating the single case of polio as just the tip of the iceberg of much greater potential spread.”

The question is, if polio was “eradicated” in the US, how did it get into the country? According to the US’s CDC website (New Vaccination Criteria for U.S. Immigration), foreigners entering the US are required (with proof) to be vaccinated against these diseases:

The US’s CDC “recommends” americans get a polio vaccine before travelling abroad, but the page does not say it is required unless the destination country requires it.  And is it even enforced?  I’m absolutely not an expert, but I’d say it’s possible or even likely that an unvaccinated US citizen travelling abroad contracted it and brought it back to the US.  If that’s the case, then that means if americans were vaccinated, this wouldn’t have happened.

END_OF_DOCUMENT_TOKEN_TO_BE_REPLACED

August 1st is International Childfree Day.  It was started in 1973 by the National Alliance for Optional Parenthood, which recognized that having kids is an option, not an obligation and that birthing people who have the capability don’t have to capitulate.  As you might suspect, Childfree people are very much on the side of bodily autonomy and birth control like legal abortion.

The strongest opposition to the Childfree movement and lifestyle has usually come from religion. They depend on brainwashing of adults to have kids and increase numbers of cult members.  Not only for the $$$ on the plate and future sucker “donors”), but also proselytizing and outnumbering the competition.

Another opponent of the right to be Childfree are “traditionalists” and sexists, those who want “only two genders!” and specific roles.  It’s “families” demanding grandchildren, cousins, nieces, and nephews while they contribute nothing to the upbringing or upkeep of having kids.  Guilt, control, and narcissism are a big part of this, as is “I suffered, so you have to suffer too!”

Corporatists and capitalists have become just as loud in recent years as they realize that fewer “consumers” mean smaller profits, fewer workers mean they can demand higher wages, and the ponzi scheme of pensions has no contributors to pay the previous generation.  And yet capitalists are doing exactly the things that make young people choose to be Childfree: they pay low wages, and there is no health care (or it’s overpriced).  Life is barely affordable or unaffordable for a single person.  How can people afford a kid on top of that?

Being Childfree is a carefully thought out decision made by people who have thoroughly considered the personal, economic, social, and environmental burdens of having a child.  Below the fold, a collection of studies, articles and references on the subject.

END_OF_DOCUMENT_TOKEN_TO_BE_REPLACED

An unrelated news item reminded me of where I used to live, and why I wouldn’t want to live there ever again.  And that was before the United Nations criminal gang and Renegades motorcycle gang (affiliated with the Hell’s Angels) took over the city.

I’ve talked before about the Highway of Tears, a 700km stretch of Highway 16 west of Prince George out to the coast.  The RCMP’s (*) “official” number of women murdered along that highway is over seventy, about 20 in the last 20 years.  First Nations groups claim the actual number of murdered women to be over a hundred.

It was on August 16, 1982 that Nina Marie Joseph’s body was found in Freeman Park.  She was the third known victim (there were possibly others) of convicted serial killer Edward Dennis Isaac.  He was sentenced to life in prison. The killer’s first two victims went missing and died in fall of 1981, Jean Mary Kovacs (October) and Roswitha Fuchsbichler (November).  There are three serial killers currently serving life sentences, but there may be more.

I was fourteen when I moved there in June 1981.  Freeman Park was less than a kilometre from the house where I lived.

END_OF_DOCUMENT_TOKEN_TO_BE_REPLACED

Perry Deane Young (March 27, 1941 – January 1, 2019) was an author and a playwright.  He wrote several books of note such as Two Of The Missing (1975), about two journalists lost during the Vietnam occupation; The David Kopay Story (1977); and God’s Bullies: Power, Politics and Religious Tyranny (1982), an expose on the rise and entwining of fundamentalist christianity and republican politics.  Young was openly gay in the 1970s also wrote Lesbians and Gays and Sports (1994) along with the Kopay book.  Too bad he didn’t (or why didn’t he?) write about Trans people in sports.

Perry Deane Young says that the leadership of the Moral Majority and the New Right is made up of liars, bunko artists, closet queens and fanatical Roman Catholics. His proofs are sometimes sketchy and his tactics are often low, so God’s Bullies is a lot of fun to read.

Young is a Washington-based journalist writing for all the majors. He’s also a progressive, a homosexual, and a born southerner who has rejected his bible-thumping heritage. In short, he couldn’t be any more of an embodiment of everything the Moral Majority stands against if he were making pornographic abortion films for the Red Chinese.

It stands to reason that Young takes the Moral Majority personally. God’s Bullies is not so much an expose as a personal crusade. Fighting fire with fire and brimstone with brimstone, Young uses innuendo, libellous slander, unsubstantiated rumour and ad hominem jokes in his attack. Not exactly unbiased journalism, but deliciously smarmy.

While it woud be unsporting to give away all of Young’s secrets here, a few examples are in order. Just to whet your appetite.

For example, Young says NCPAC’s Terry Dolan is a closet queen. He says he knows because they have a mutual friend. He also claims that “at least ten prominent republicans” party all the time with his gay Washington friends, and that the New Right is riddled with financial backers and strategists grouped into clubs like the RPQs (Rich & Powerful Queens) and the TRF (Thirteen Richest Fairies). He also faithfully reproduces the best of the Bob Bauman jokes (born on the Eastern Shore, reared in Washington, head of the Oral Majority). Young doesn’t care that they’re gay, but he hates them for being hypocritical about it.

Jerry Falwell, Young claims, is guilty of tax fraud. He says he knows because he was shown land records in Falwell’s hometown of Lynchburg, Virginia, proving that Falwell is developing millions of dollars of commercial property as tax-exempt church or school property.

While the leadership in the Moral Majority is mostly Southern Baptist, Young says, the real power behind the heavenly throne is all fanatical roman catholics. Their religion has turned them into mindless naysayers who abhor traditional american values of free thought and speech. Phyllis Schlafly and Terry Dolan are just the tip of the papist iceberg.

Much, much more below the fold.

END_OF_DOCUMENT_TOKEN_TO_BE_REPLACED

The image is described as “A simple and straightforward map of every brain function“ (link to the original, 4040 x 6116 pixels).  I had to massively shrink it just to get this uploaded. 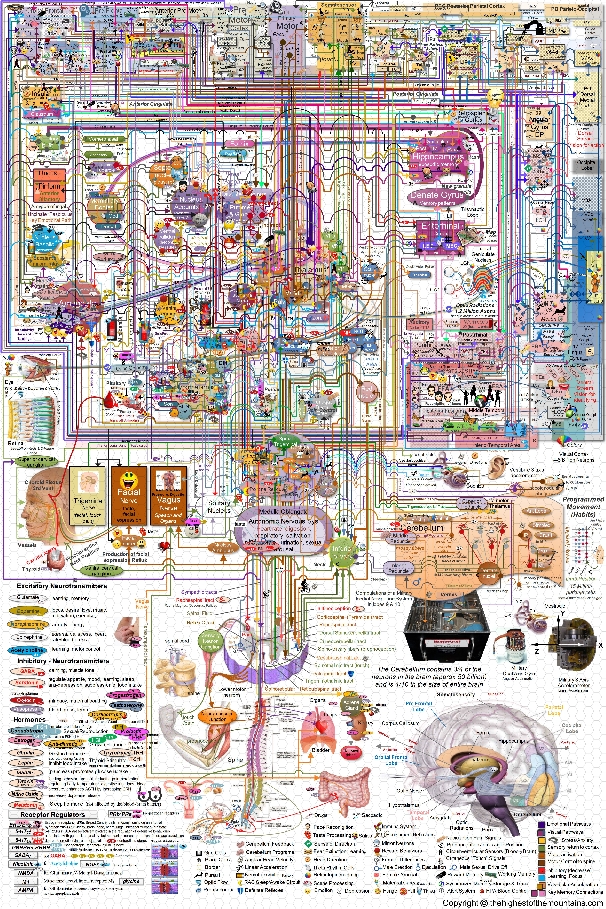 As the saying goes, “Bad news comes in threes”. By now, I’m sure everyone has heard about the passing of both Nichelle Nichols on July 30 and Bill Russell on July 31.  Sadly, they are the second and third recent deaths of notable people.