As soon as you look into ways how to reduce food waste, you realize that a lot of ingredients that people throw out are actually edible and tasty. Next you realize that for years you have been wasting lots of food and money and wish you had known sooner that some ingredient you used to throw out is tasty.

Summer squash flowers, leaves, leaf stems, and tiny immature fruit are edible. Same goes for zucchini, marrow, courgette, pumpkins, winter squash, etc. (Is it just me or are the English names of these vegetables confusing?) 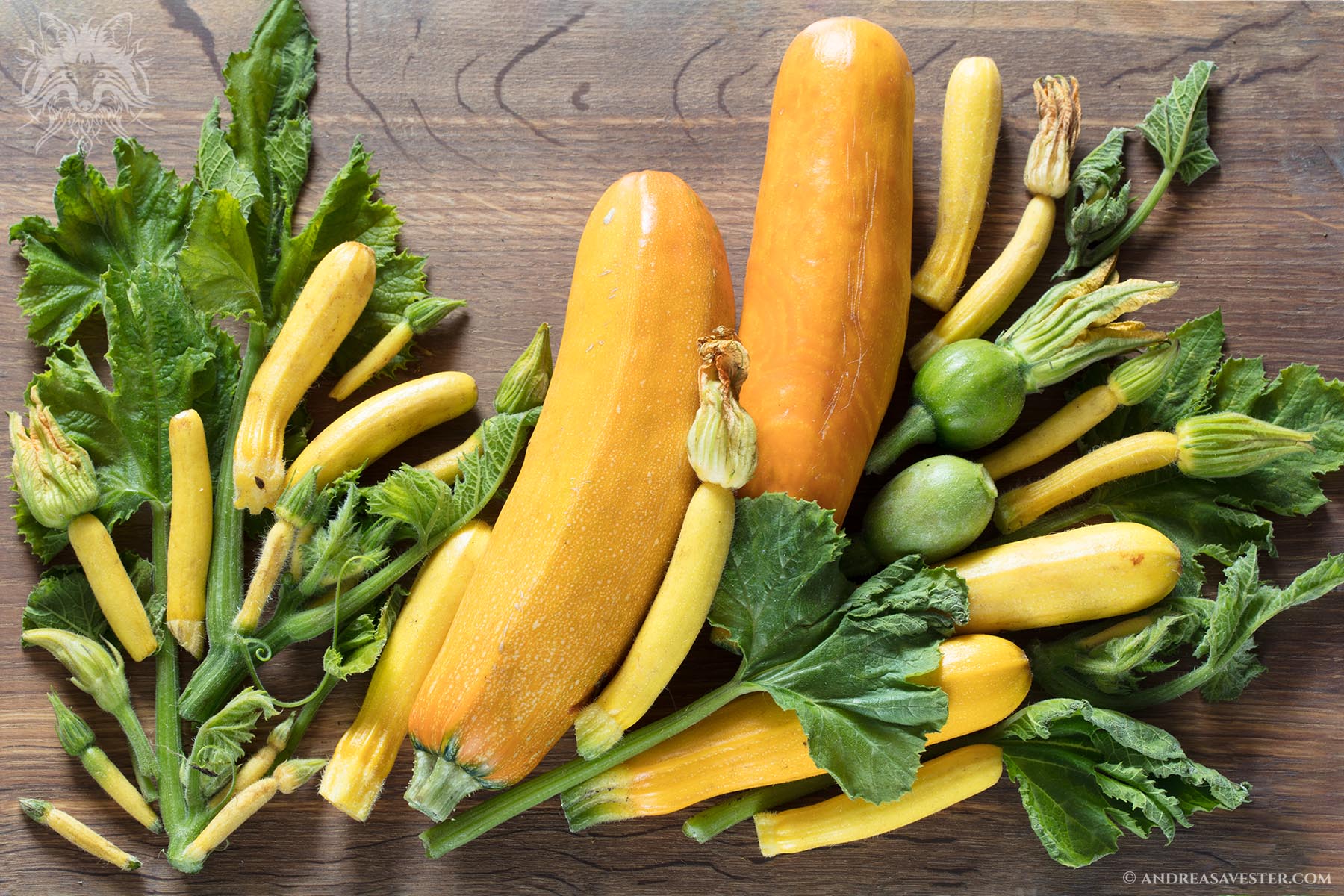 Local weather forecasts warned that in a few days temperatures are likely to drop below freezing during nights, so it was time for me to remove everything edible from my garden. Here’s what was left on the summer squash plants and pumpkins (yes, there are two tiny pumpkins in this photo). Previous years I used to compost smaller squash, its flowers, and leaves. Not anymore.

Anyway, flowers and immature squash are edible. Leaves and leaf stems are tasty only when they are young. When they grow older, they become woody. As for how to cook those, I just tried doing with them the same things I do with mature summer squashes and the result was pretty similar. To nobody’s surprise, immature squash fruit taste like squash. Leaves taste like cooked leafy vegetables. 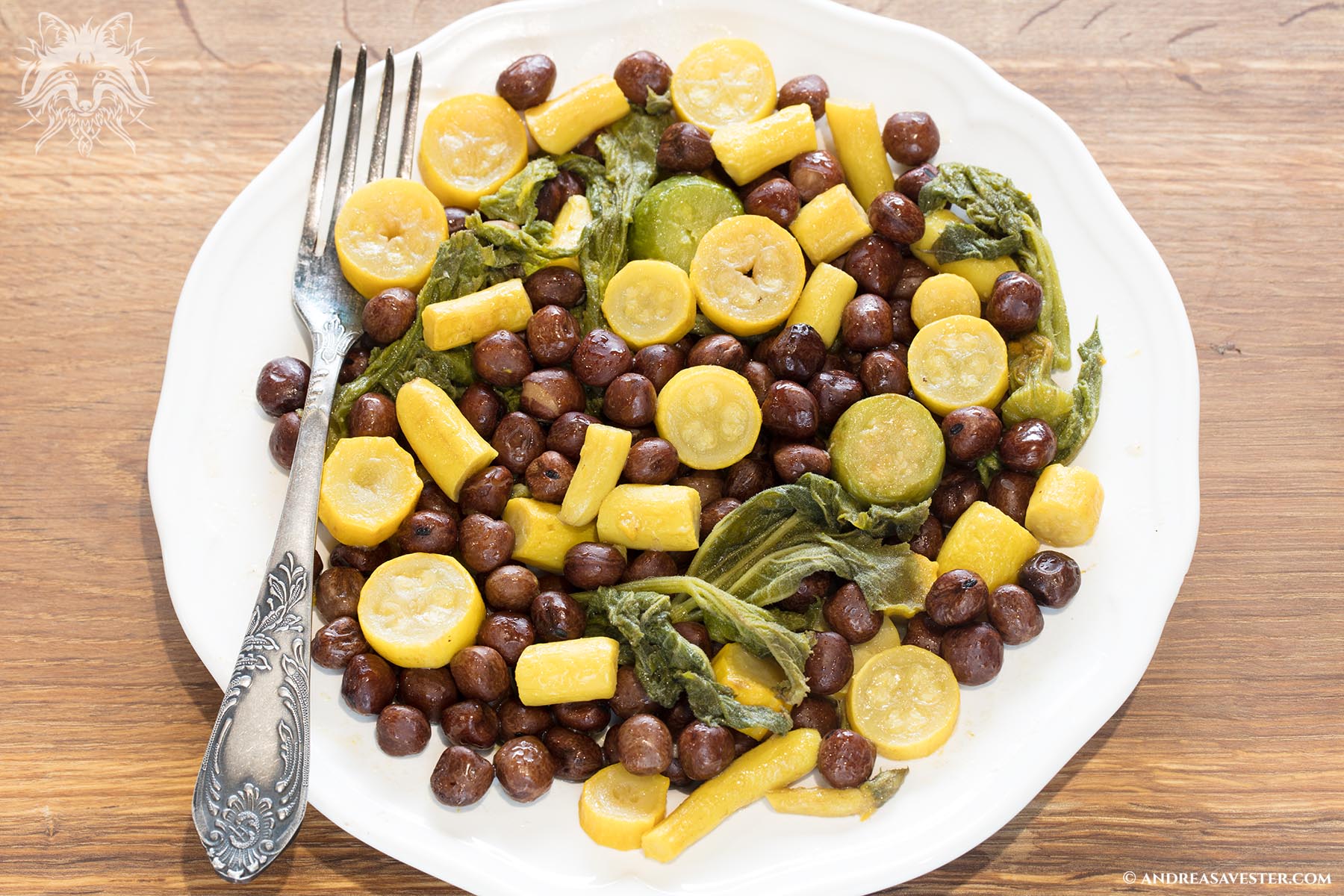 There are many ways how to cook vegetables in a pan (stir frying, sautéing, and so on). It depends on what kind of pan you have and what you like. I don’t like standing next to my pan and stirring it all the time nor do I want to use lots of cooking oil, so I cook my vegetables on lower heat in a bit of water that evaporates during cooking. This way I can set a timer to buzz every 5 to 10 minutes (whenever it buzzes, I check my pan to make sure that food hasn’t started to burn) and do other things while my food is cooking.

I usually cook summer squash with other vegetables, legumes, or grains. Summer squash, carrots, tomatoes, and grated cheese are a common combination I make often. Squash with cabbage or cauliflower is another option. Various grains are another option, for example, last time I used sorghum. Same goes for different beans and peas.

The peas that I used this time are called “large grey peas” in Latvian. Yes, I know that they are brown, it’s not me who came up with a name for them. In traditional Latvian cuisine, they are cooked on Christmas with onions and lard. I hate onions, so I prefer to cook them with other vegetables instead.

Hyponymy and hypernymy: Why inclusive language does not erase women and cis people » « Insidious Sexism