Wooden window restoration is something I am very familiar with. I have antique wooden windows in my home. Well, they are sort of old and differ from how windows are made nowadays, so I guess I can use the word “antique.” The house where I live was built in 1939. I do not know how old the windows are. It is possible that they are from later than the house itself, but they definitely are at least several decades old. More importantly, they are really pretty. I moved to my current home seven years ago. Back then the windows were covered with countless layers of flaky, dirty, old paint. Now they are restored and saturated with linseed oil. 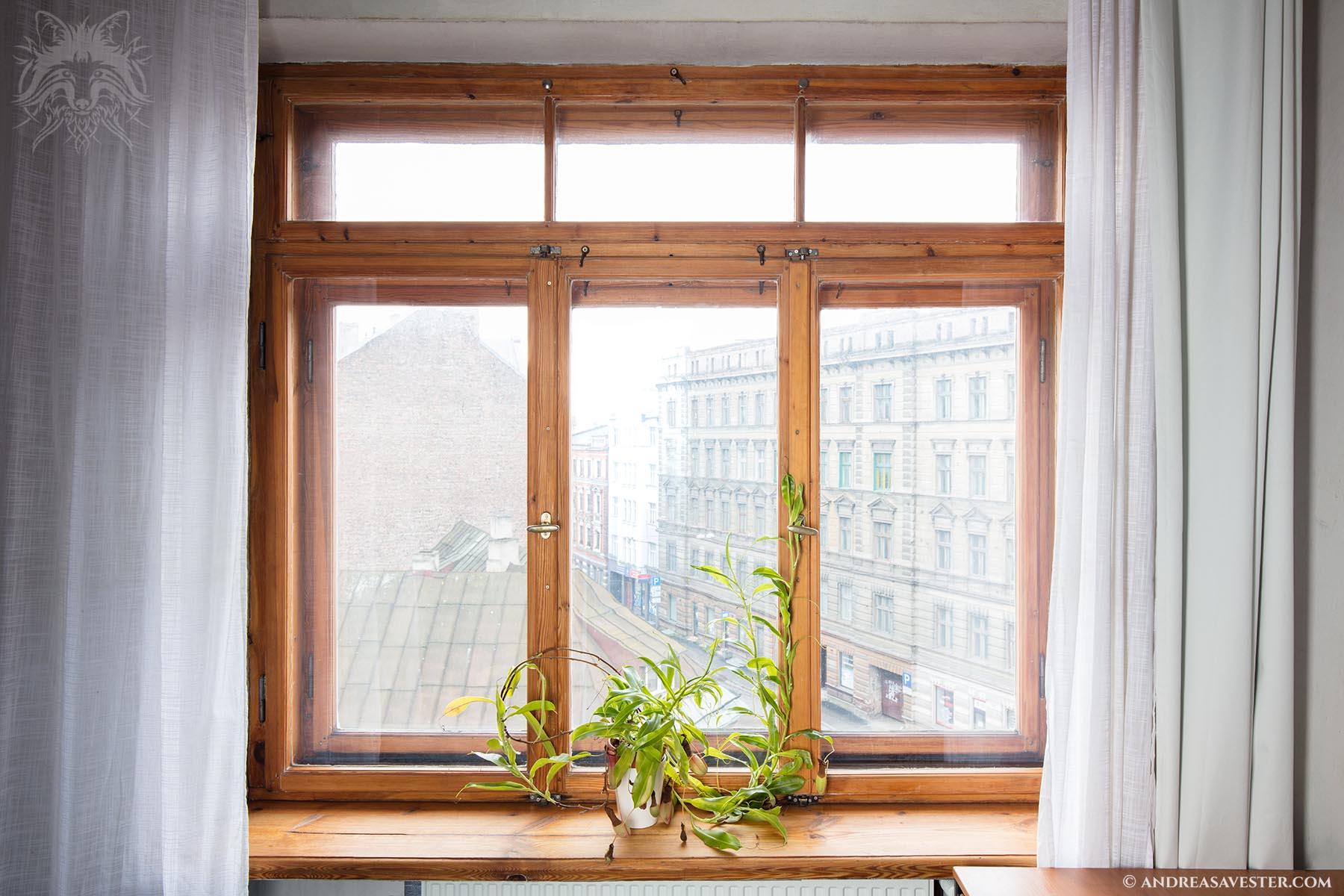 My bedroom window. It’s made from pine wood and covered with linseed oil. The plant on the windowsill is Nepenthes x ventrata. 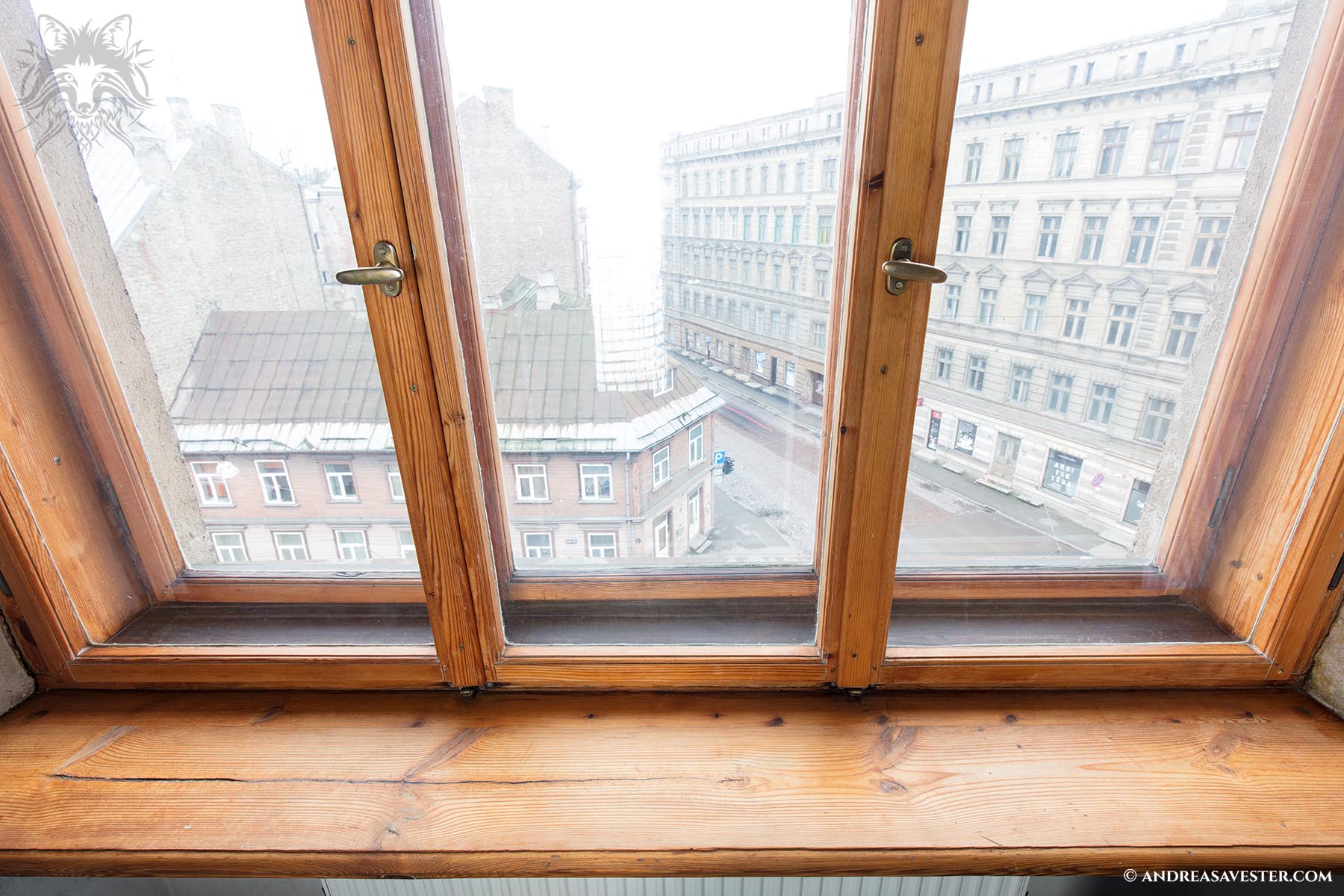 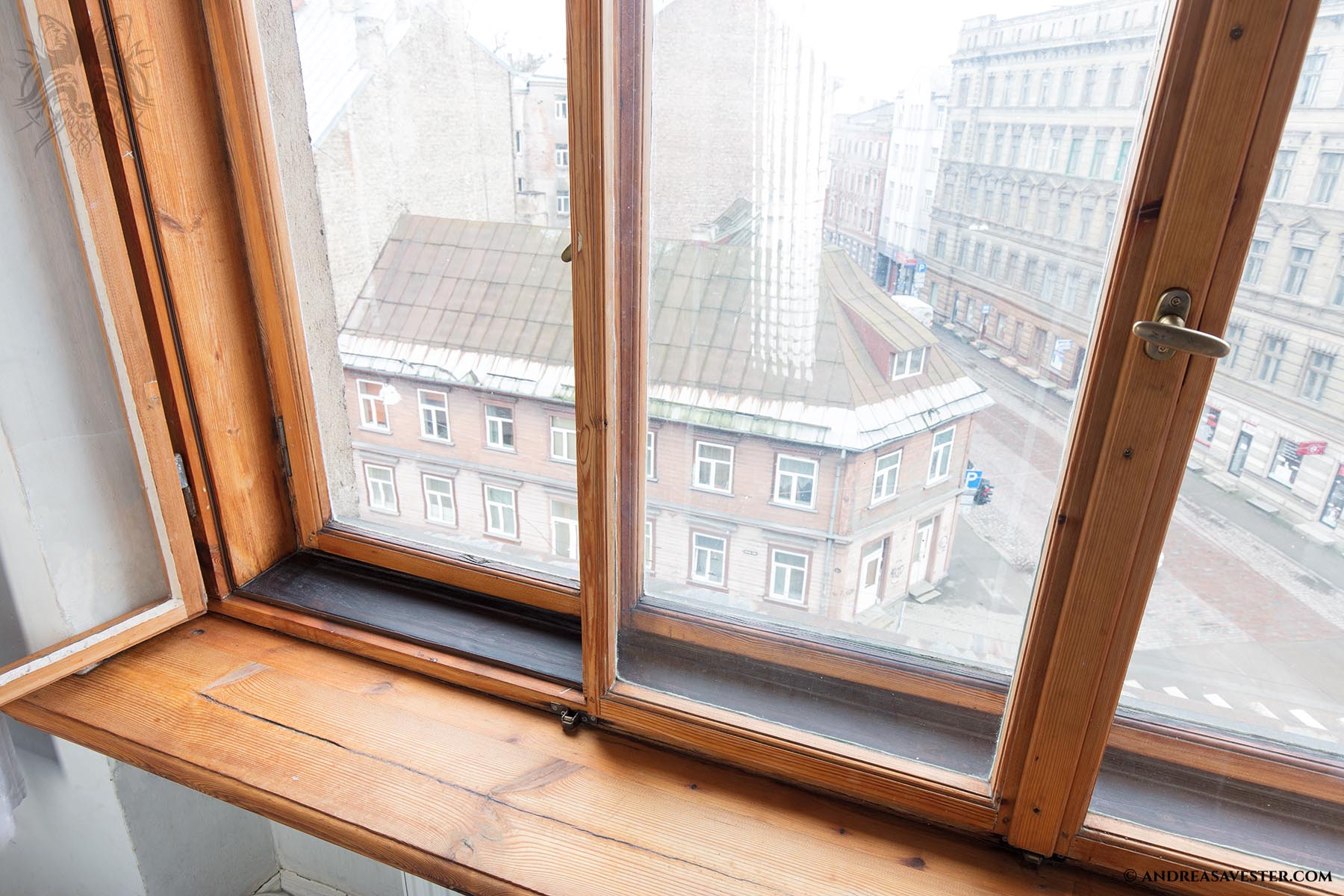 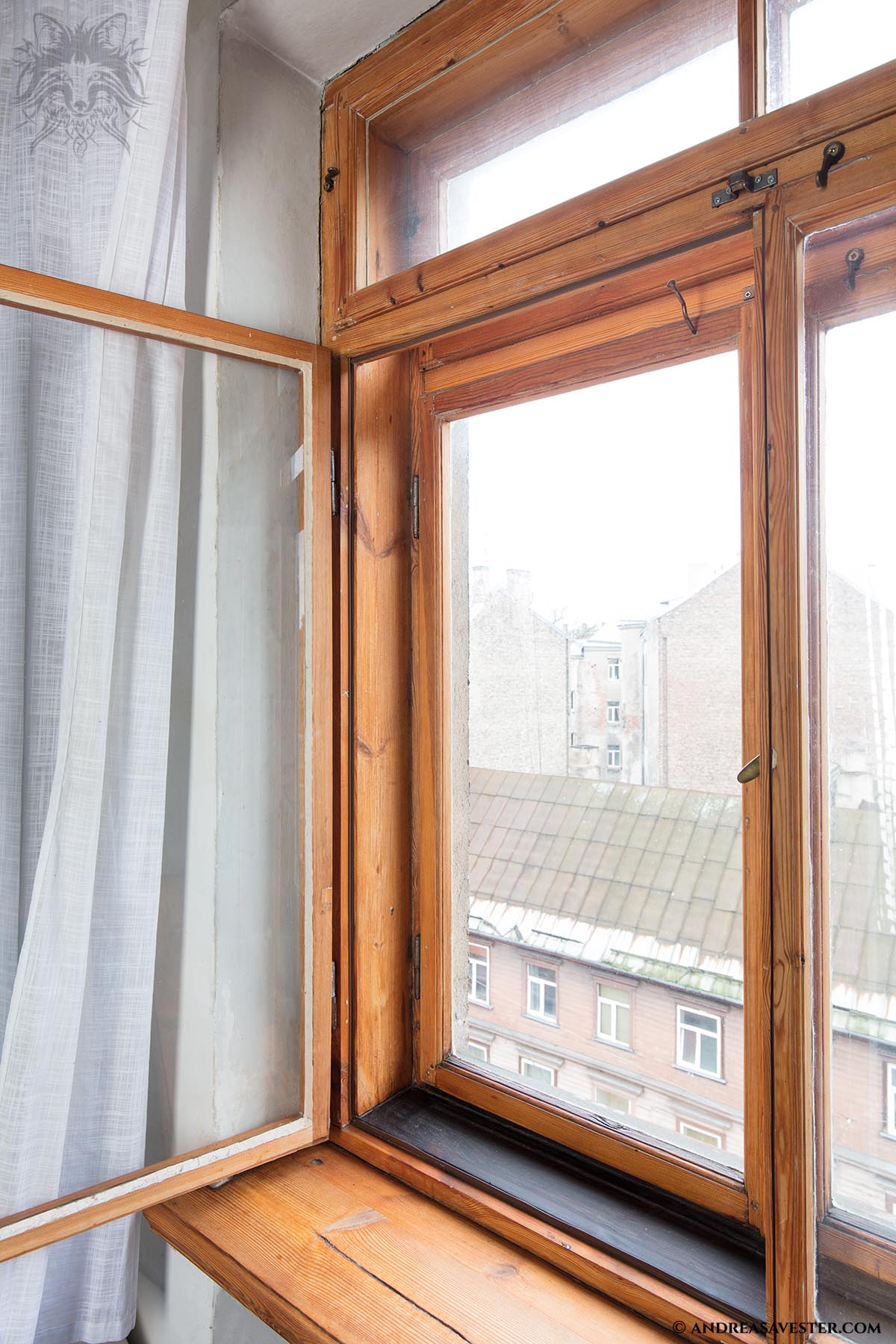 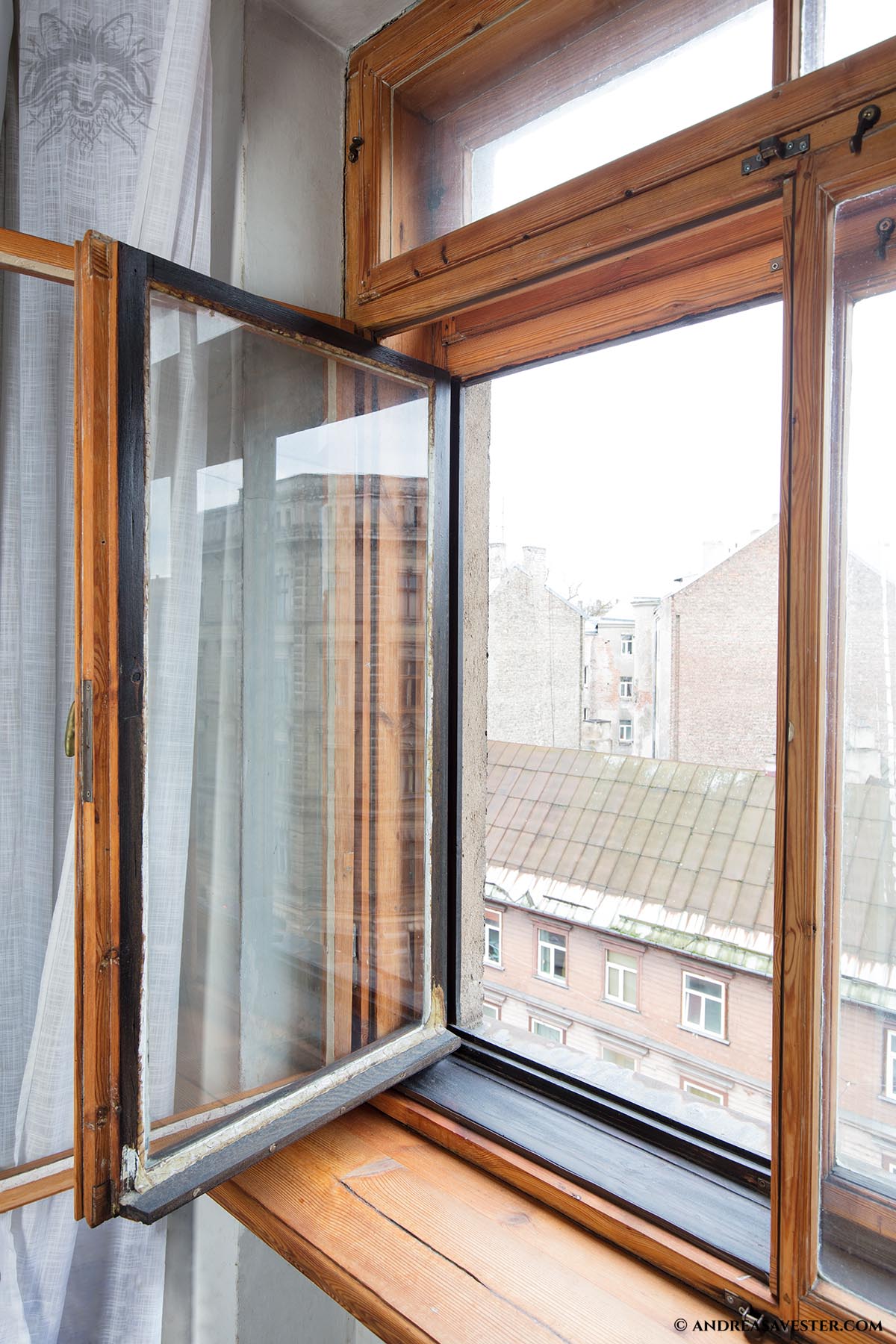 This is how the windows look like now. They are glazed with linseed oil putty. From the outside, window frames are covered with a brown wood antiseptic, a layer of linseed oil (as a primer), and a few more layers with a paint that contains linseed oil, pine tar, and a brown pigment.

In this post, I will explain how exactly I restored my windows. 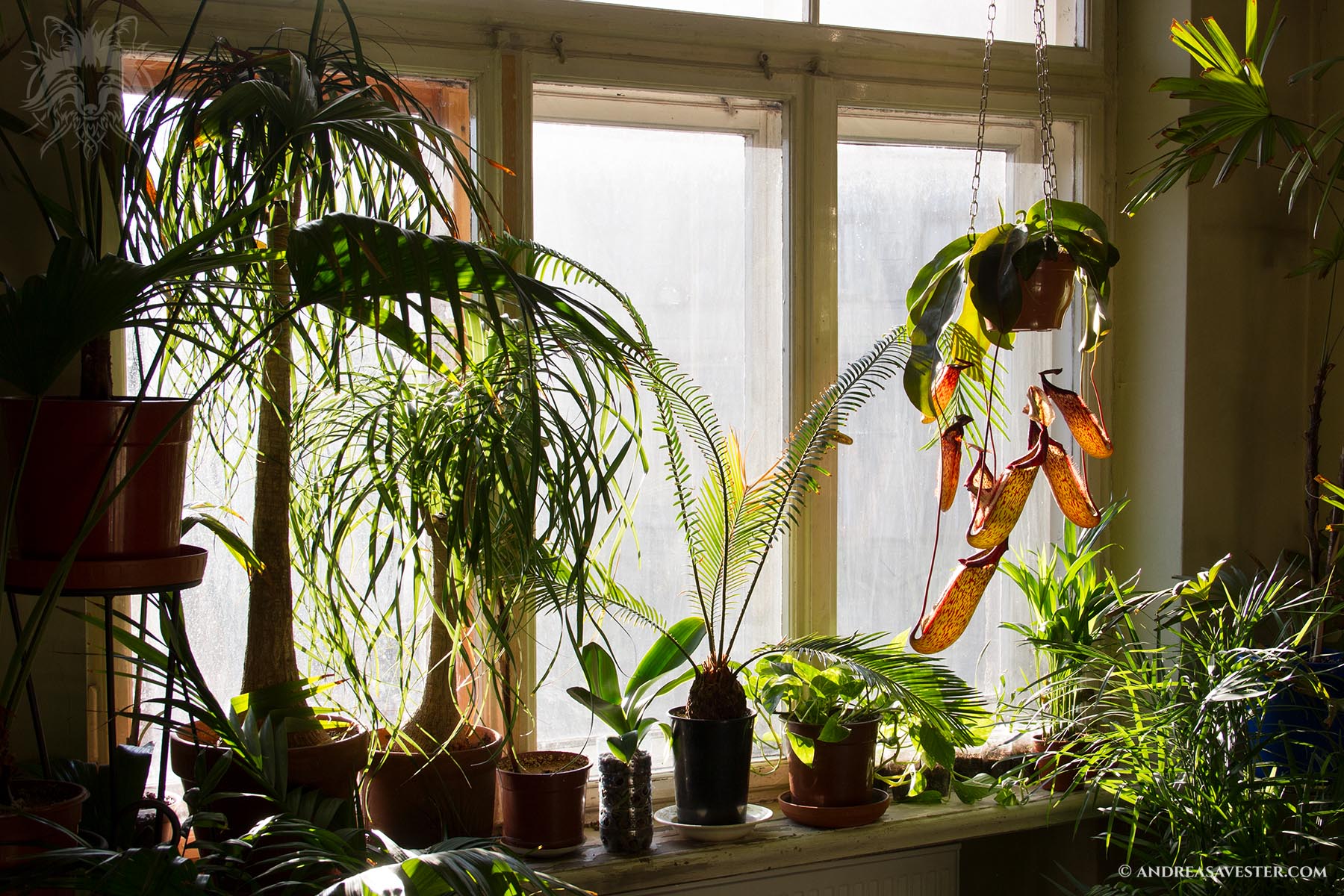 The same window, seven years ago.

This is how the window used to look like from the inside. It was covered with white paint, which was already delaminating and getting flaky. 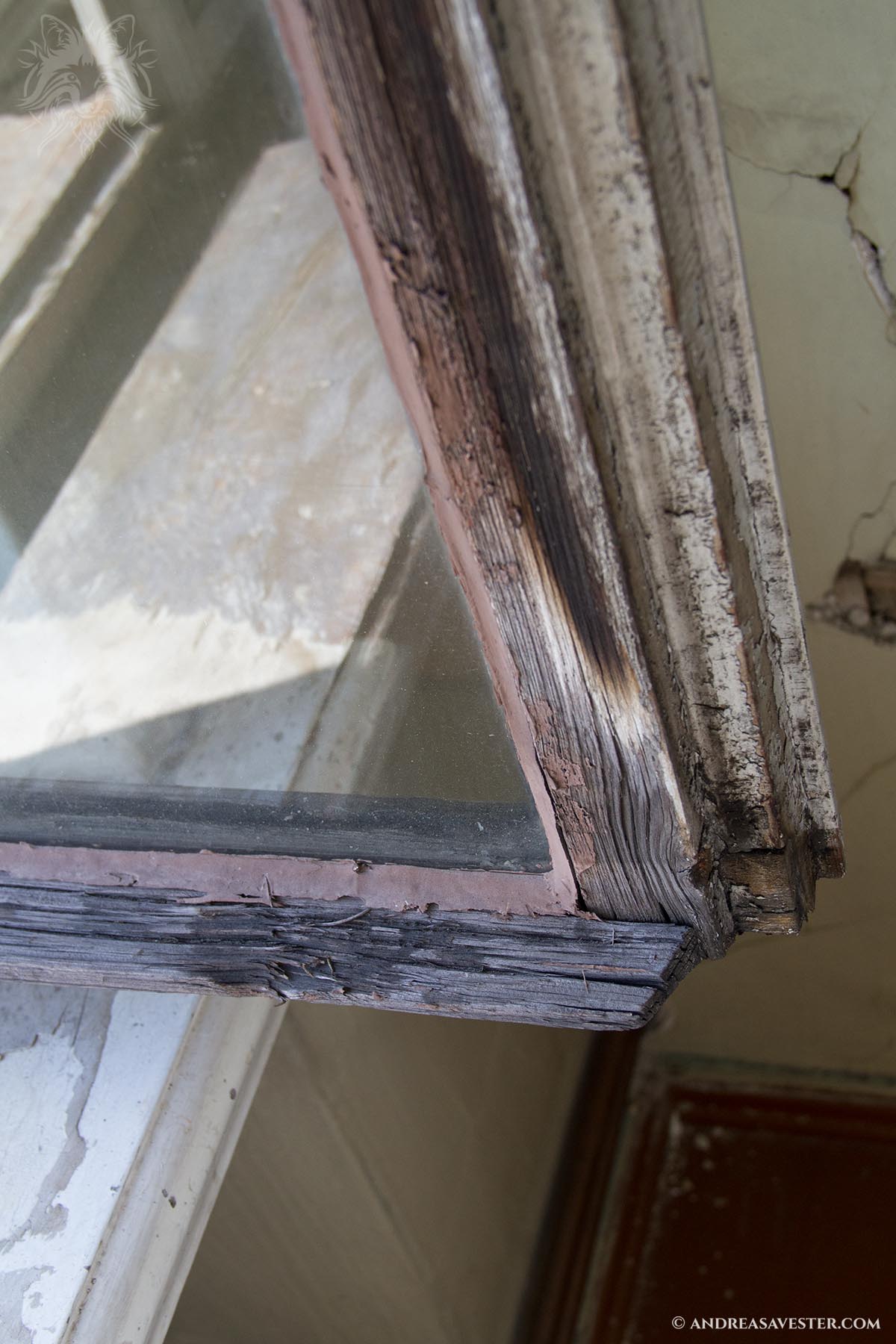 Window frame from the outside.

And this is how window frames looked from the outside. As you can see, some parts were already semi-rotten.

In order to fix windows, first you have to remove the frames from the hinges. Next, remove glass from the frames. This requires removing old linseed oil putty or whatever else that was used for glazing.

Next, you have to remove old paint from the wood. There are multiple ways how to do it. It’s possible to use chemicals in order to dissolve the paint. Alternatively, it can be scraped off. My own preferred method for getting rid of old paint is to use a hot air gun. I used a really cheap one that I got for about 40 euros. I ended up using it at its lowest setting at 300 °C anyway. When heated, paint melts and becomes soft. At this point it can be easily scraped off. For that I used a blunt chisel. The chisel has to be blunt, because otherwise you will accidentally peel off pieces of wood. For small areas and tight corners, I used a flat screwdriver instead.

Once the paint is removed, wood has to be sanded. I did the preliminary sanding with a belt sander that had a 40 grit sandpaper in it. For the final sanding I used an orbital sander with a 120 grit sandpaper. Of course, it is possible to use finer sandpapers, but for me 120 grit felt fine enough. 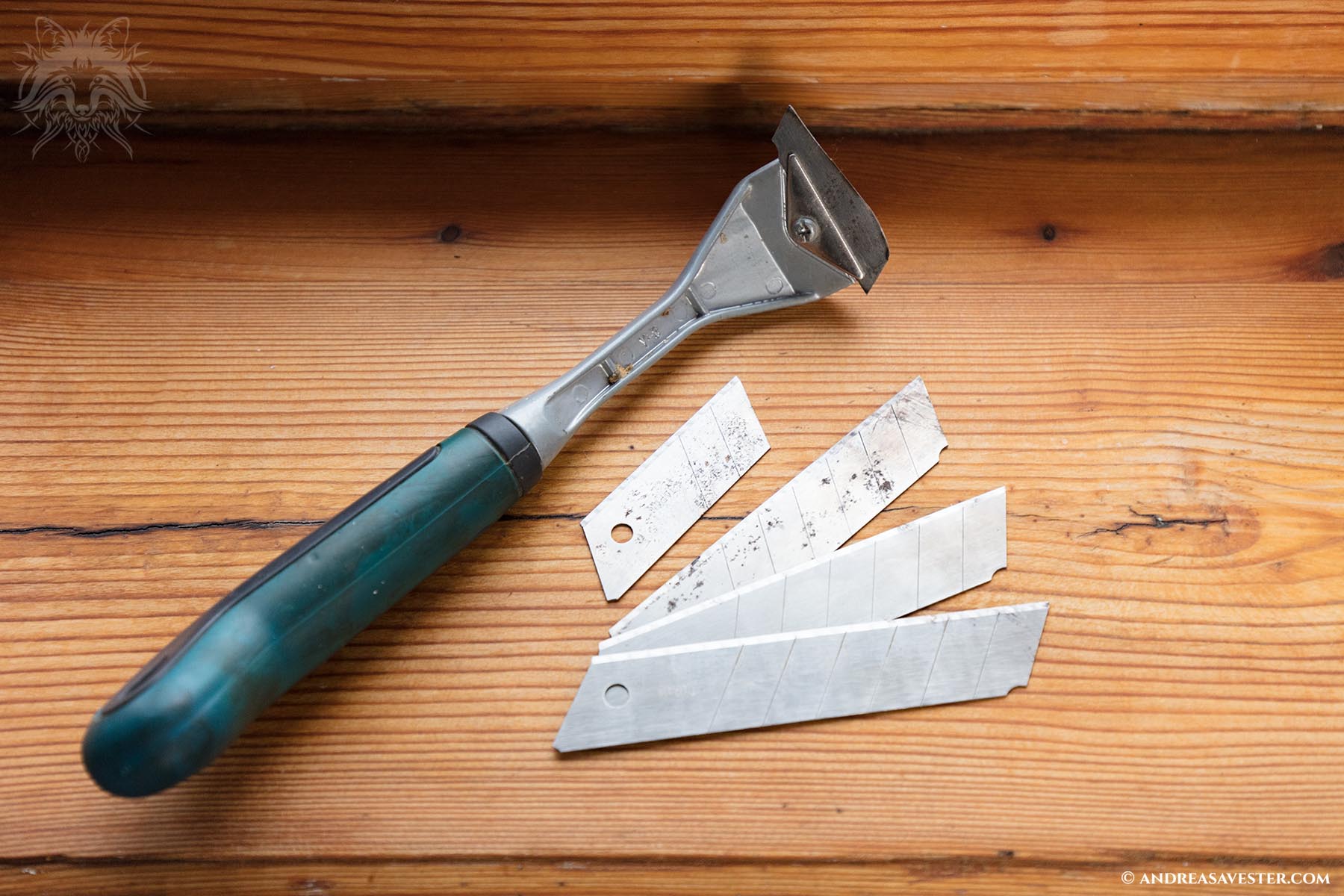 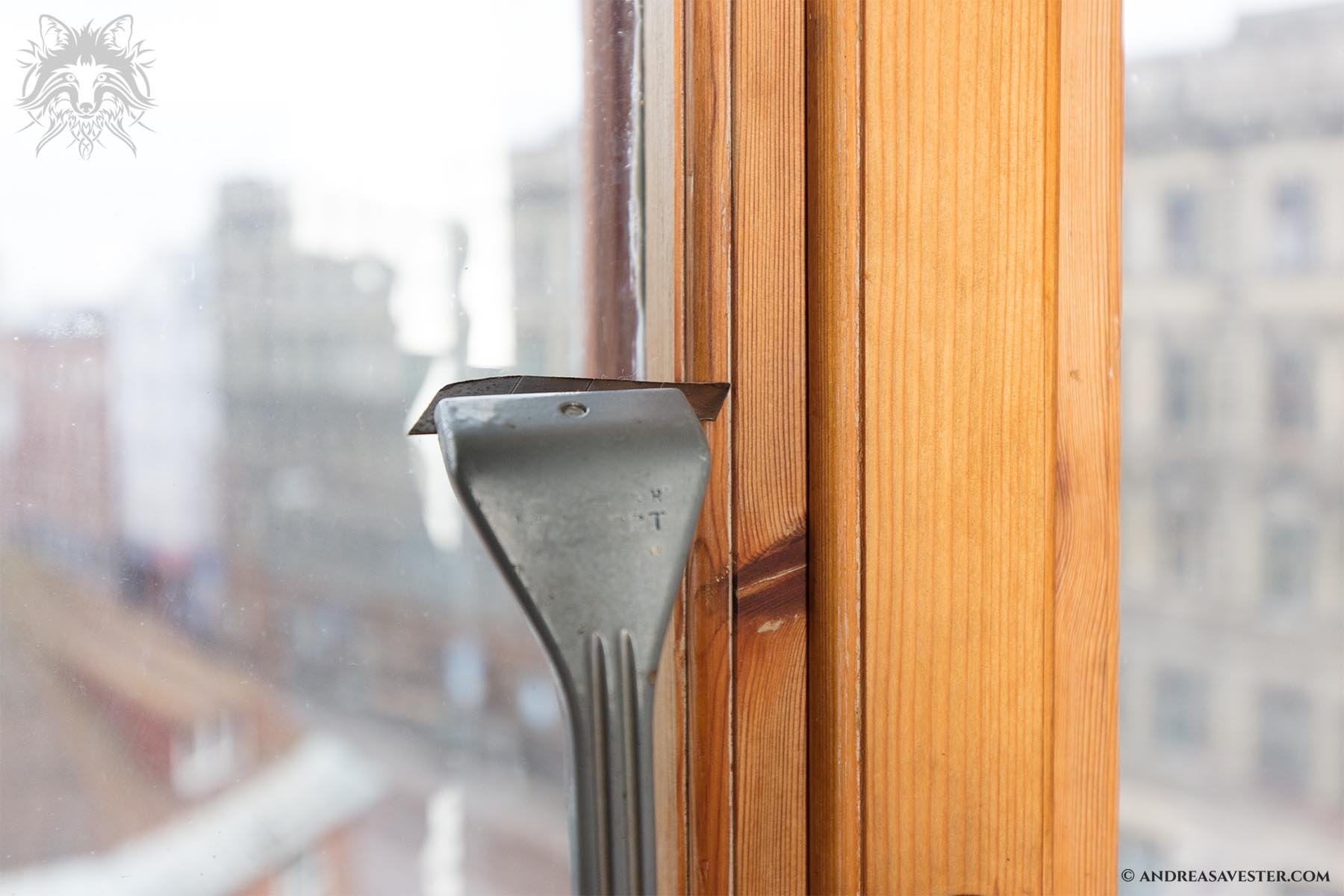 A sander is great for large and flat surfaces. As you must have spotted by now, window frames have tight corners and areas that cannot possibly be reached with a sander. This is the tool that I used for cleaning areas that couldn’t be reached with a sander. Basically, this tool is simply a handle into which I inserted paper knife blades. I used the sharp corners. While working on the window frames, I had to sharpen the blade pretty much every five minutes. Unlike with knives, where you want a thin sharp edge, I sharpened the blade at a 90 degree angle. 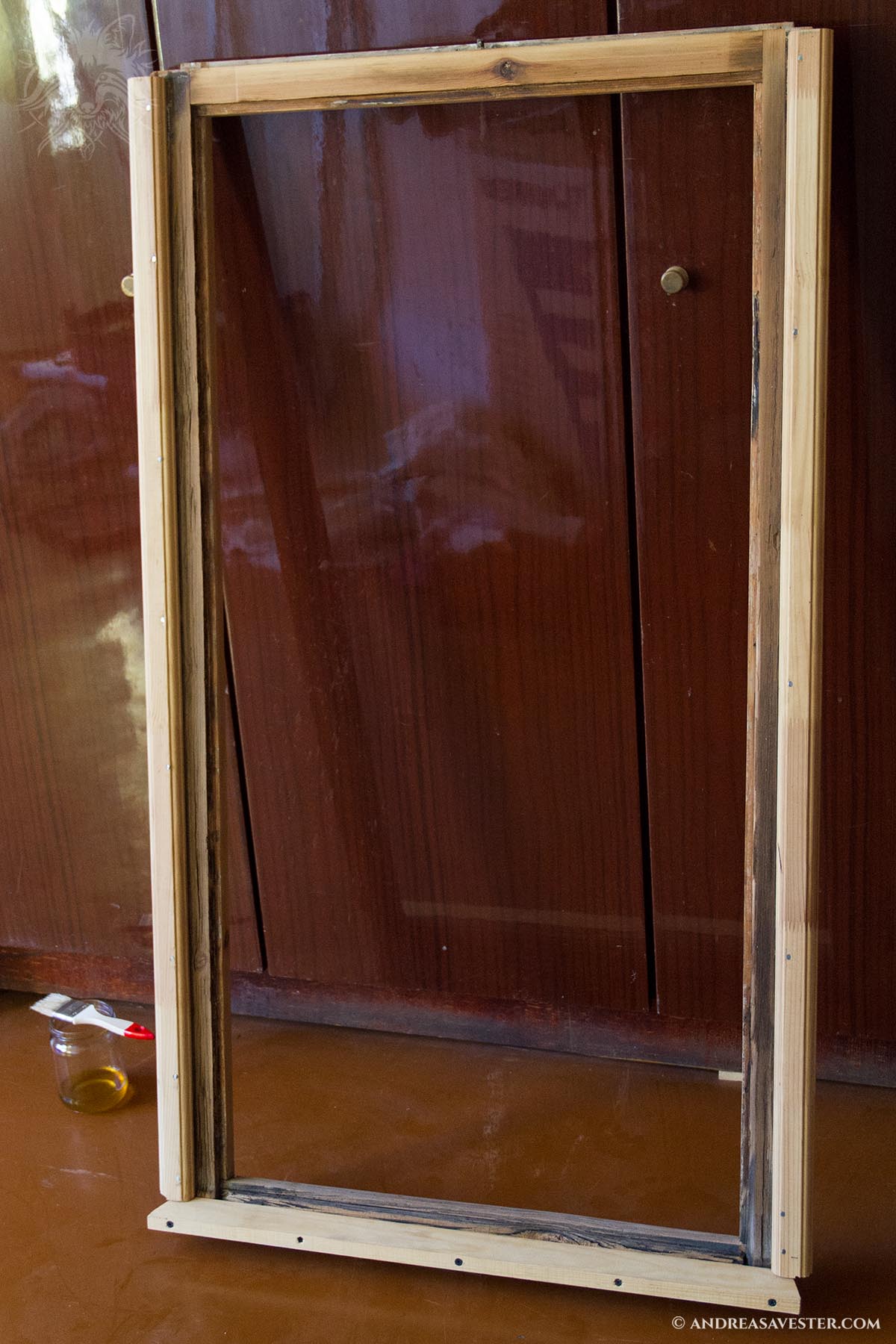 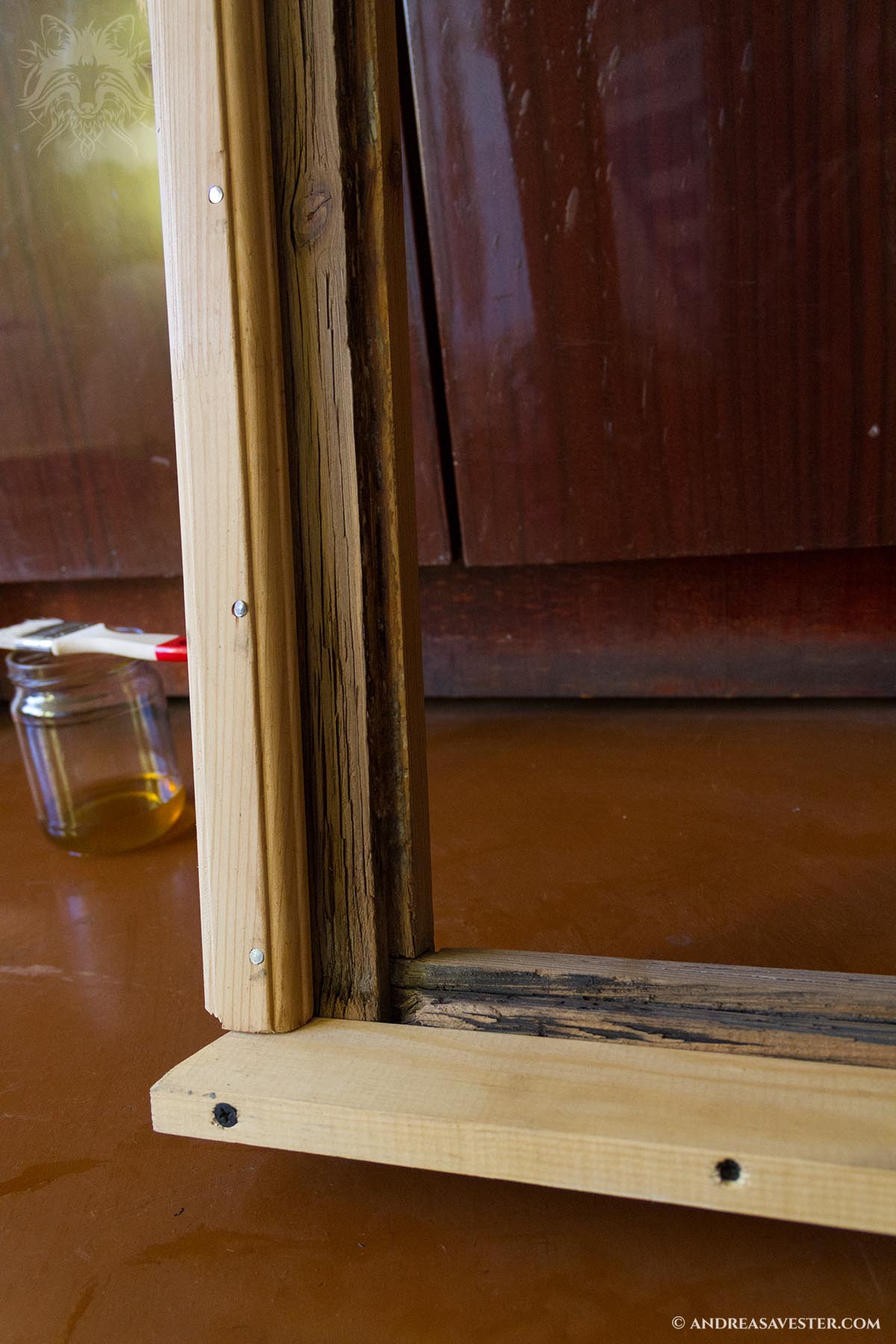 Here you can see window frames that are prepared for oiling. This is one of the outer frames, those that were semi-rotten. As you can see, I removed parts of the frame that were the most damaged and replaced them with new details.

Inner frames weren’t damaged at all, for those I didn’t need to replace any details. 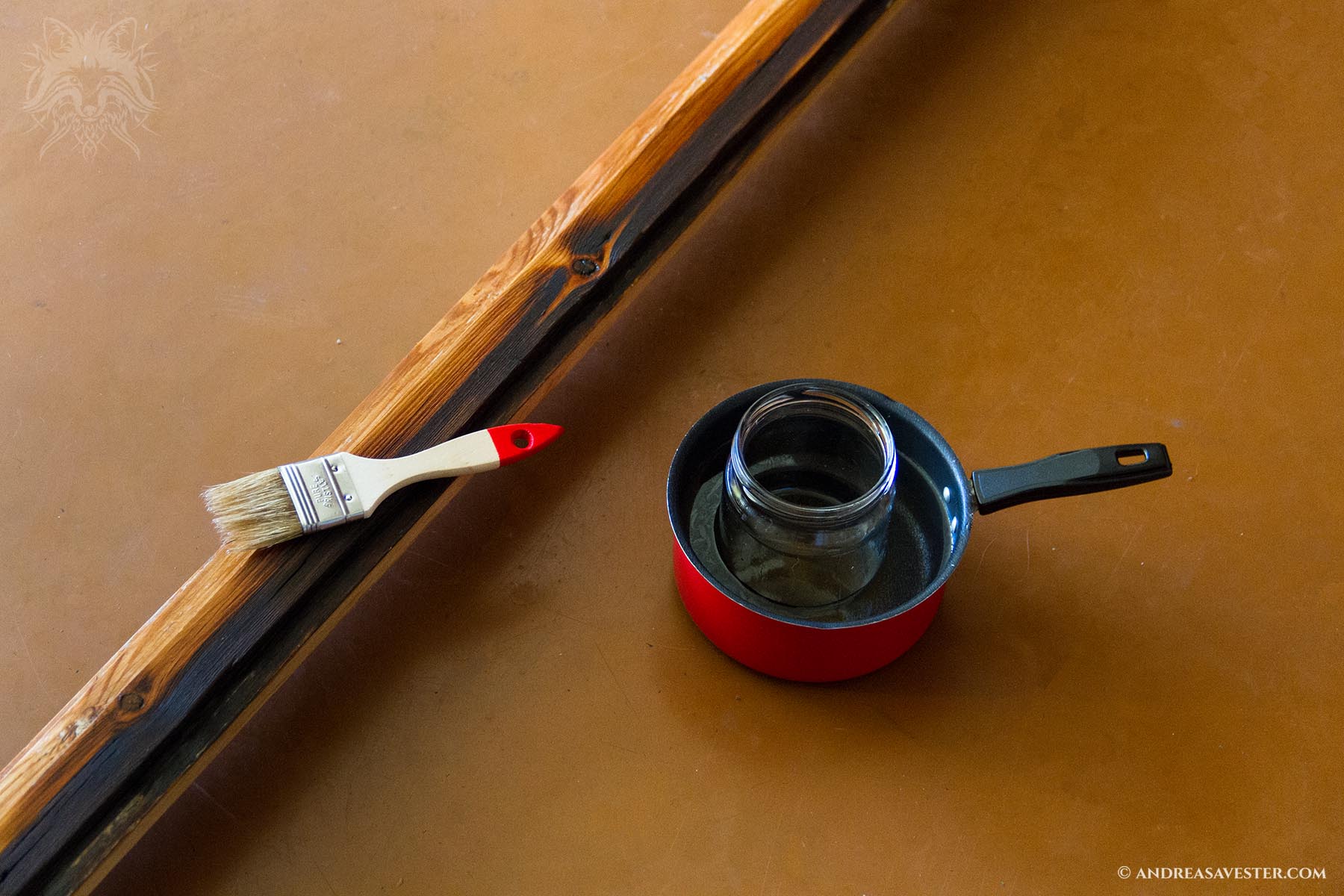 From the inside, my windows are covered with linseed oil only. I preferred to heat the linseed oil before applying it. The oil is inside the glass jar. It is heated by placing the jar in hot water.

Linseed oil protects the wood a bit, but it is not suited for using outdoors. Where I live, we have snowy winters, rain, and sun. All of those harm the wood. This is why, from the outside, my window frames are covered with a brown wood antiseptic, a layer of linseed oil (as a primer), and a few more layers with a paint that contains linseed oil, pine tar, and a brown pigment.

Once the frames are oiled (or painted), it is necessary to insert glass into them. I tried purchasing ready-made linseed oil putty, but it was (1) expensive and (2) poor quality. This is why I made my own. Get a large bowl, mix boiled linseed oil with chalk powder. Keep on mixing until it is homogeneous and the right consistency (like modelling clay). I preferred to make large batches of putty and then wrap it in a plastic film for storage (to prevent drying).

Keep in mind that, according to birds, linseed oil putty is tasty. The first window I glazed was partially eaten by great tits (Parus major). This is why you might want to add to your putty something that will make birds perceive it as inedible. For example, I have seen recommendations to add a bit of ground peppers to the putty. I assume that ground peppers worked for me, but the local bird population is small enough that I cannot be certain. Maybe there simply were no birds nearby for the next few windows I glazed.

In order to glaze a window, first place a thin layer of putty on the wood frame, set the glass against it, then secure the sheet of glass in place with tiny nails. Next use more putty to cover the perimeter of the glass.

As you can see in the photos, beige putty looks nice for the inside frames, which I coated only with linseed oil. Unfortunately, I don’t really like how light colored putty looks on my dark brown window frames. I wish I had added some brown pigment or dye to my putty back when I was glazing my outer window frames. 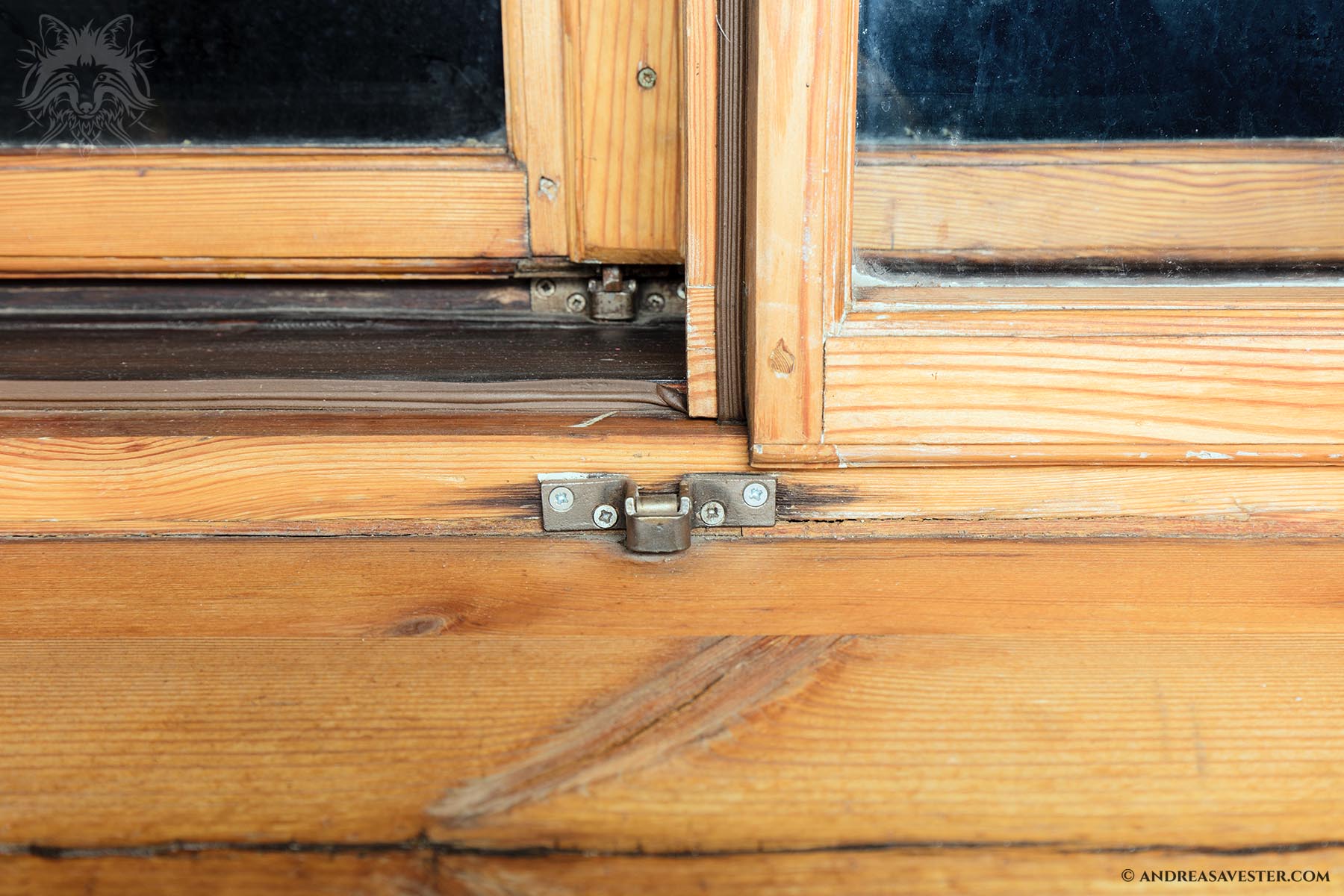 Once the metal parts were removed from the window, I placed them in a glass jar and poured some solvent paint stripper on top of them. I left the jar to soak for 24 hours. The next day, all the metal was clean and paint was gone from it. Next, I used an angle grinder with a wire brush attached to it for polishing and completely cleaning up the metal. 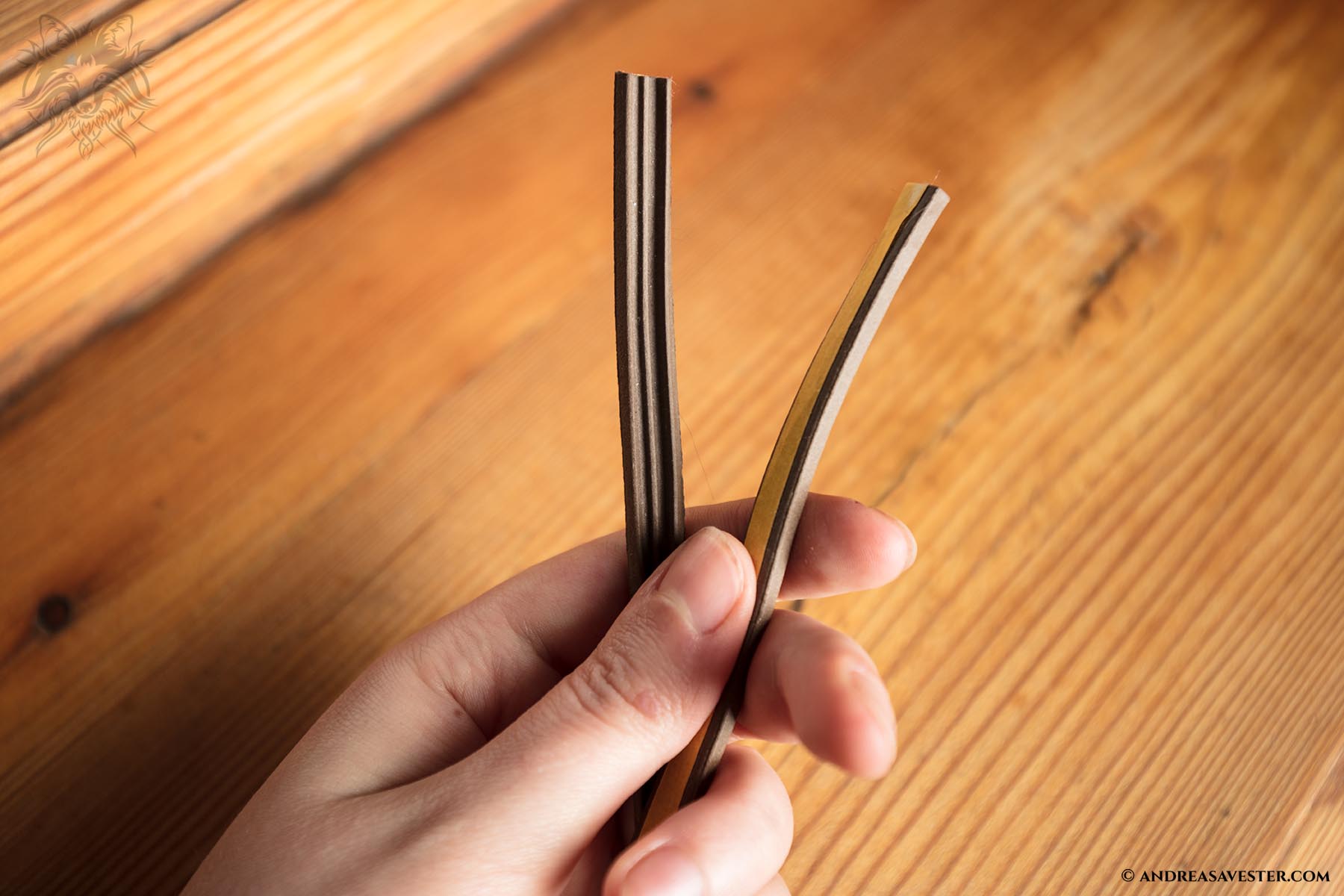 In order to improve the heat insulation of your windows, you can use self-adhesive weather stripping. This is how it looks like. You can see in the photos where I glued it to wood.

So there we have it, my windows and how I fixed them to look pretty. I like how wood looks like.

Of course, modern windows offer much better heat insulation. I have no doubt that my heating bill could have been a little reduced if I had gotten new windows instead of fixing the old ones. The problem is that, in my opinion, new windows are ugly. In my part of the world, most people use plastic windows that are made from white PVC. Those are ugly as fuck. Of course, if you want to pay more, it is also possible to buy new wooden windows. Those are less abominable than the plastic crap, but they are still sort of ugly. Maybe “ugly” isn’t the right word, they aren’t that awful, it is just that they are nowhere near as beautiful as the old windows can be once properly restored. The thing I like most about wood are the visible grain patterns. Modern stuff that is made from wood does not showcase grain the way how old wood does. Part of the problem is that nowadays wood is chopped into tiny pieces that are glued together, thus the natural grain pattern gets lost. The other problem is that people who manufacture modern wooded windows usually just paint them, so that you can no longer see the wood at all.