I should start by saying: unlikely my previous posts, this isn’t properly a book review. The major ideas in the discussion spring out of Kate Manne’s book Down Girl: The Logic of Mysogyny. I do give a general review of the book over on Goodreads; TL;DR: The book is excellent, timely, and thoughtful; people should read it. Manne illustrates a particular problem that I think is worth raising on this blog, given the discussions of ethical positions around humanism, feminism, Atheism+, etc.

Hannah Arendt’s “banality of evil” is one of the most widely cited phrases in public ethics and social justice, but it is often egregiously misused. Somewhat famously, Chelsea Clinton cited it in discussion of a man casually committing a horrific act of violence; political scientist Corey Robin was quick to point out that this is not the way Arendt was using the phrase. Documentarian Ada Ushpiz has similarly pointed this out in criticizing Eva Illouz. To gloss over these longer responses there, the dialectic goes like this.

Many folks think that “the banality of evil” refers to the attitude of indifference towards humans by the person causing harm; the idea that evil can be regarded as banal by the person committing the evil act because they have dehumanized the victim. This is the wikipedia gloss on Arendt’s view, butthe focus on dehumanization actually gets the point entirely (and dangerously) wrong.

Manne points out, as Arendt did as well, that many callous and casual acts of violence are not the result of dehumanization of the person against whom one directs the violence, but rather the result of paranoid or vindictiveness. The effort to dehumanize Jews holds far less prominence in Nazi thought than the thought that Jews were manipulating the political state of affairs, exploiting gentile Germans, and the like. It was not regarding them as inhuman, though there are tropes that track dehumanization, but rather the paranoia around “the Jewish Question.”

END_OF_DOCUMENT_TOKEN_TO_BE_REPLACED 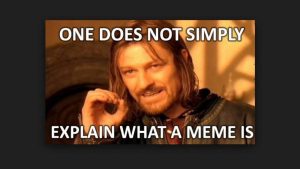