It’s in all the best webcomics! 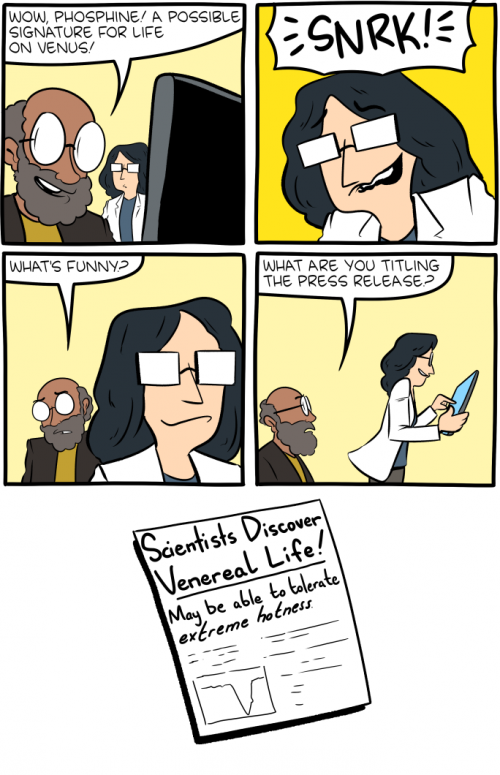 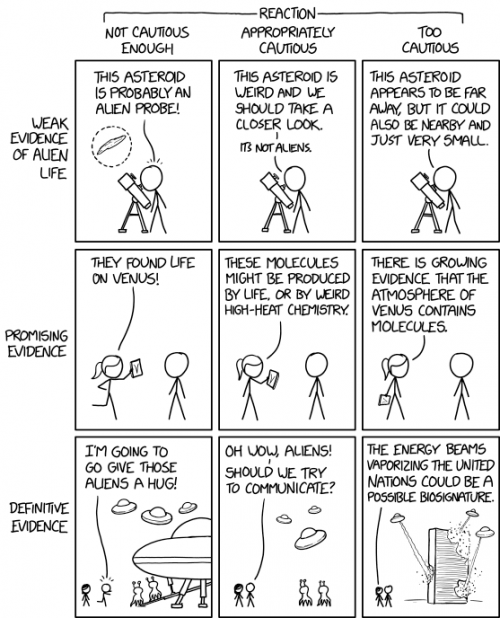 Finding phosphine in the atmosphere of Venus is interesting, and it sure sounds like the scientists who found it were all cautious and conservative and thorough, so I believe them that it’s there. I have a couple of caveats about how it’s interpreted, though. Phosphine can be produced abiotically — it’s found in the atmosphere of Jupiter, for instance — but it takes a lot of energy in reactions that weren’t thought to occur on Venus, but that could be the “weird high-heat chemistry” the comic mentions. It’s also produced biotically, on Earth by the decay of organic matter, but here it’s only a small component, and it’s also fairly rapidly broken down by sunlight. So we’re postulating huge quantities of organic matter decaying on Venus to produce phosphines, or an unusual organic process that produces persistent phosphines from a small quantity of biomass? I don’t know. Sounds unlikely and strange, but I love to see unlikely and strange.

No matter what, though, don’t expect Venusian cloud-cities and communicative aliens. Phosphine is a flammable, toxic gas, and at best we’re seeing the excretions of bacteria-like organisms, and even that is not likely.