One you’ve surely seen and some you have not. Here’s the one that everyone has seen, but that surely deserves that attention:

I don't know about you, but this is the winner for me. pic.twitter.com/4e3B0N60N1

But of course things went far beyond Jason Momoa’s expanding Bernie-chair. He’s been sorted of course: 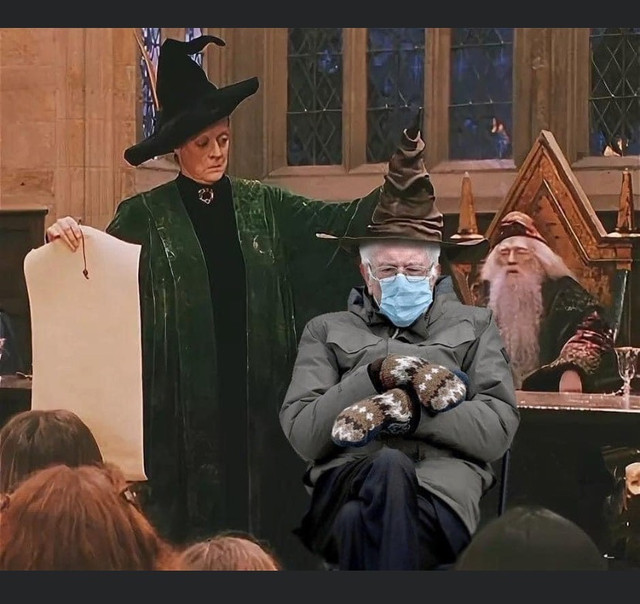 Bernie gets the Hogwarts treatment.

And he’s gotten his own command chair:

Bernie takes command of the Enterprise

But of course “chair” has more than one meaning. Bernie is now the incoming Budget Committee chairman, and some people believe he’s going to kick a lot of ass in that role. As a result, rather than being in a chair, this meme shows him in his kick ass role acting as a chair:

One presumes that’s a Republican supply sider that Bernie’s wrenching into submission.

That Bernie. He’s become positively POP. I suppose that explains this: 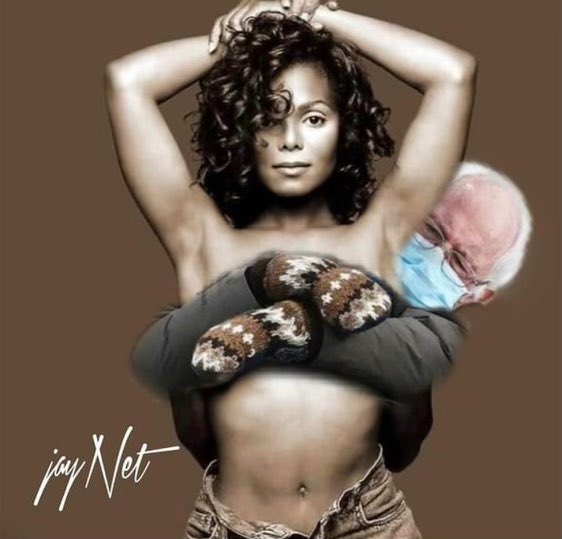 Her next album cover, I’m sure.

Of course with such a popular subject, artists worked with more media than photoshop. Here’s one: 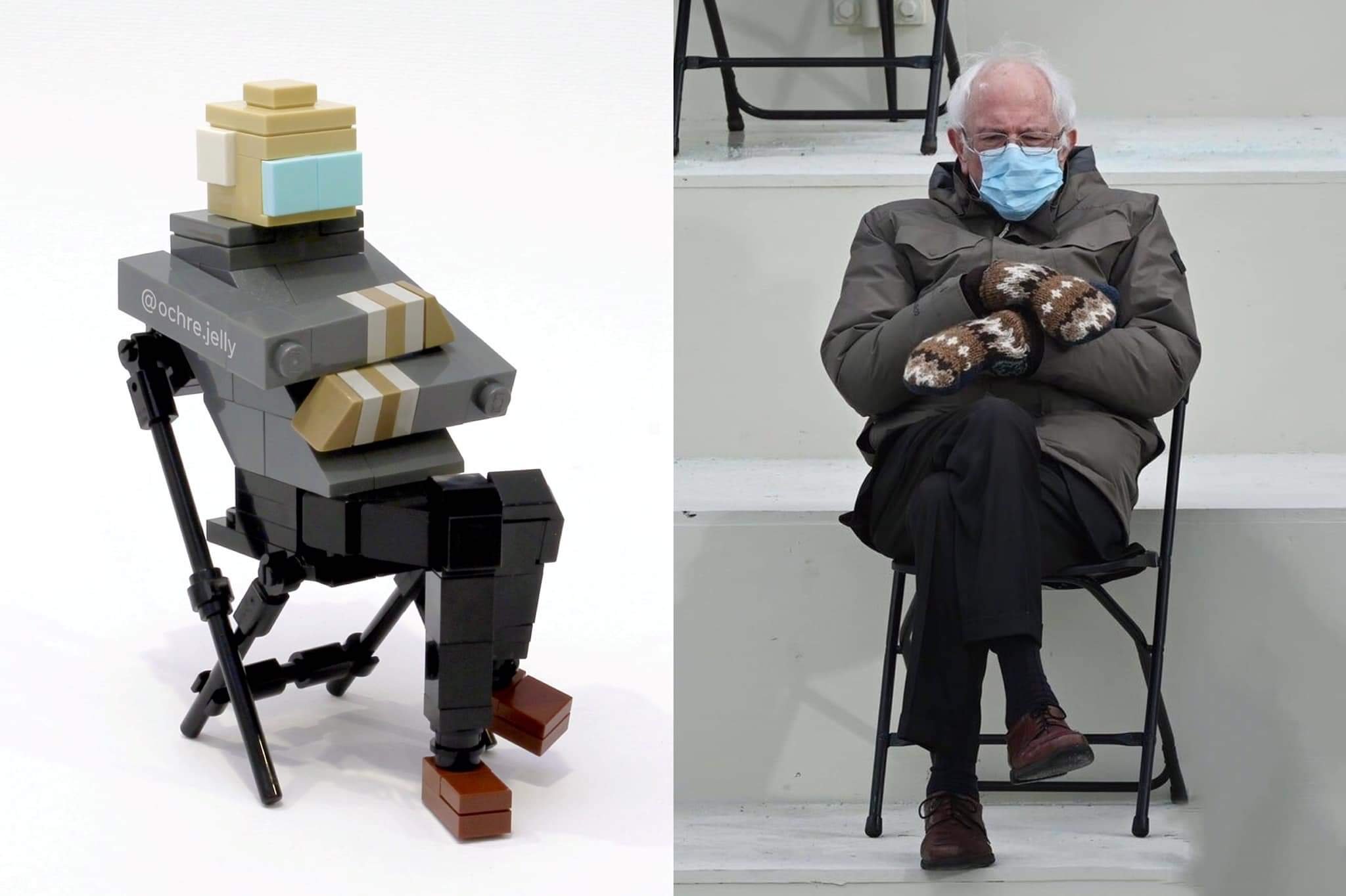 Look into the Lego long enough, and the Lego begins to look back into you.

This one was even more impressive (at least to me):

He’s wispy, sure, but he won’t unravel under pressure.

But this last one is my favorite, and also required skills outside of photoshop:

Enjoy your weekend, and if you have any that should be added here, don’t hesitate to drop me an e-mail or leave a comment with the address and I’ll fit it into an appendix (or a new post).

Vox and its advertisers are working overtime to find the perfect match » « You know what sucks?