It was thirty five years ago, on January 28, 1986, that the space shuttle Challenger was launched and failed. At a height of 14-15km, the right side rocket booster exploded due to a failure of the “O rings” used to seal in the fuel. The warnings from several NASA and Morton-Thiokol employees about potential leaks and failures due to cold weather were ignored and overridden by senior management in both NASA and the corporation. NASA ignored its own protocols for aborting missions when in doubt about a mission’s safety.

As the shuttle and rockets broke up, the astronauts’ capsule continued upwards, reaching almost 20km. The capsule depressurized during the breakup, far above 6km where people can still breathe without tanks. News reports I found state the crew were likely still alive but rendered unconscious. Nothing indicates that they regained consciousness, though I’ve seen claims that some of the crew were heard to talk about using emergency air tanks.  One would hope they were unconscious as the capsule fell to the ocean at over 300kmh, enduring a 200G impact as it hit the water.

(Humans can be killed by 10G of continuous force for over one minute. In November 2020, Romain Grosjean suffered a 50G crash but for only fractions of a second. Richie Hearn endured a brief 139G crash in 1999, only six laps before the crash that killed Greg Moore. Both Grosjean and Hearn survived due to the HANS device.)

Everyone calls Challenger a “disaster”, but that word infers it was beyond human control or that no one was at fault. Call it an explosion, call it incompetence, call it greedy corporations making substandard materials, call it politicians putting nationalism ahead of science and safety. Just don’t call it an accident or “an act of god”.

This was not the first failure and fatality due to politicians placing pressure on a space agency and substandard equipment used in its construction. On April 23, 1967, the Soviet space program’s Soyuz-1 rocket was launched, piloted by cosmonaut Vladimir Komarov. Prior to the launch, Yuri Gagarin (the first man in space on the Vostok-1) and others noted over 200 mechanical problems with the Soyuz-1 vehicle. Those involved pleaded with Soviet leader (and Trump lookalike) Leonid Brezhnev to abort or at least delay the mission. Brezhnev demanded the Soyuz-1 launch with no delays to coincide with the fiftieth anniversary of the 1917 revolution. The engineers and crew had no choice, it would either launch with them or with replacements. 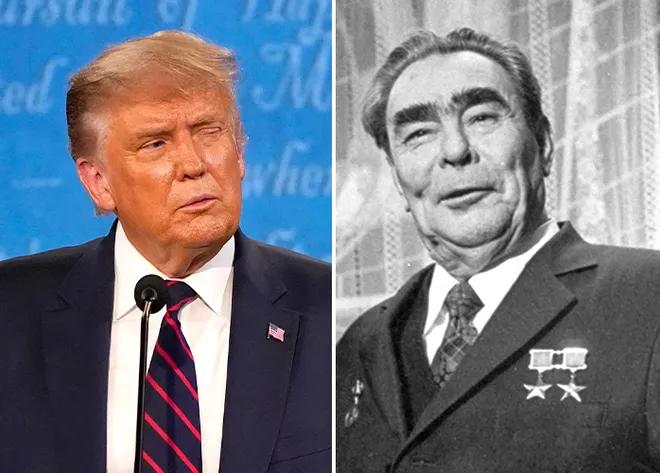 Everyone involved knew it was an inevitable disaster, including Komarov, who was the primary pilot for the mission. He knew he would die if he went up, but if he refused, his close friend Gagarin (as the backup pilot) would have been sent instead.

During its less than two day mission, it was plagued with mechanical problems, resulting in an early return.  The guidance systems failed during the return, forcing Komarov to steer the ship manually. Thanks to his experience, the Soyuz-1 re-entered the atmosphere safely.

One of those mechanical failures during the mission was the ship’s parachute, which failed to deploy during the descent. A US spy post in Turkey intercepted and recorded the Soviets’ transmissions. There is a recording of Komarov screaming into the radio as his craft fell (NPR), damning those who forced the launch, with Alexei Kosygin crying and talking to Komarov during his last minutes.  The screaming stopped when the ship crashed into the ground in the Adamovsky District, near what is now the northwest border between Kazakhstan and Russia.

Komarov’s body liquefied on impact.  There is an infamous photo of his remains openly on display at his funeral on April 26th. He demanded this before the flight from Gagarin and his other friends as a final act of defiance against Brezhnev and the communist party.  Gagarin died almost exactly one year after Komarov (March 27, 1968) during a test flight.

Both the NASA and the Soviet space program incidents are cases of politicians putting their egos and their nationalism first, more concerned about political gain than about the safety of those involved, dismissive of the scientists who know better.

How fitting that the NASA anniversary comes as Biden takes office as the US president. Imagine how many millions in the US would die at Trump’s tiny hands (not just hundreds of thousands) over the next four years as COVID-19 ravaged the country, Trump’s “leadership” decimating his own population.  It would have been deaths on a scale comparable to Soviet “five year plans” and Mao’s “great leap forward”.  It’s an odd twist of history that COVID-19 led to Trump’s defeat, comparable to the defeats attributed to Russian winters that have stopped invasions.

Incidents like these are why scientists have to be in charge and make the decisions. The countries and areas combatting COVID-19 the best did that from the beginning. The places doing the worst only cared about money, “the economy”, and had politicians hanging on to power for dear life – their own lives, at the expense of the citizens.

I Laughed At First: After that, it wasn’t funny anymore » « Finally Fixed: Better to do it right the first time