I have “a modest proposal” of what to do to the US, now that the election is over and it’s clear too many in the country are irredeemably uneducated.  We don’t have time for rational solutions.

1) The light blue and dark blue are together a new country named the Federated States of America. The red area is renamed “jesusland”.

2) The light blue states (the land, the natural resources and political autonomy) are reserved for and given to all First Nations people who can now travel freely from Canada to Mexico as they did centuries ago.

3) Those who want to be FSA citizens will be relocated at the expense of jesusland. The property owned by any whites relocated to jesusland will be confiscated and given to Black people as compensation for slavery.

4) Forcibly move all the trumpkins, those who donated to Cheetolini, fundy christians, mormons, racists, Chads and Karens, cops, MAGAs, and the other undesirables out of blue states and into jesusland at their own expense. Make them pay for construction of a wall (similar to George Carlin’s, not Cheetolini’s).

5) Those in jesusland can keep their guns, but they get no boats, airplanes or military equipment of any sort. (None of them wants to travel abroad anyway.) They can travel internally by horse and cart until they can afford to build their own railroad and power it by solar electricity…IF they can figure out how to do that, since they’re anti-science. (Petroleum will no longer be imported.) They can secede if they want – or better yet, cut adrift as a third world nation. 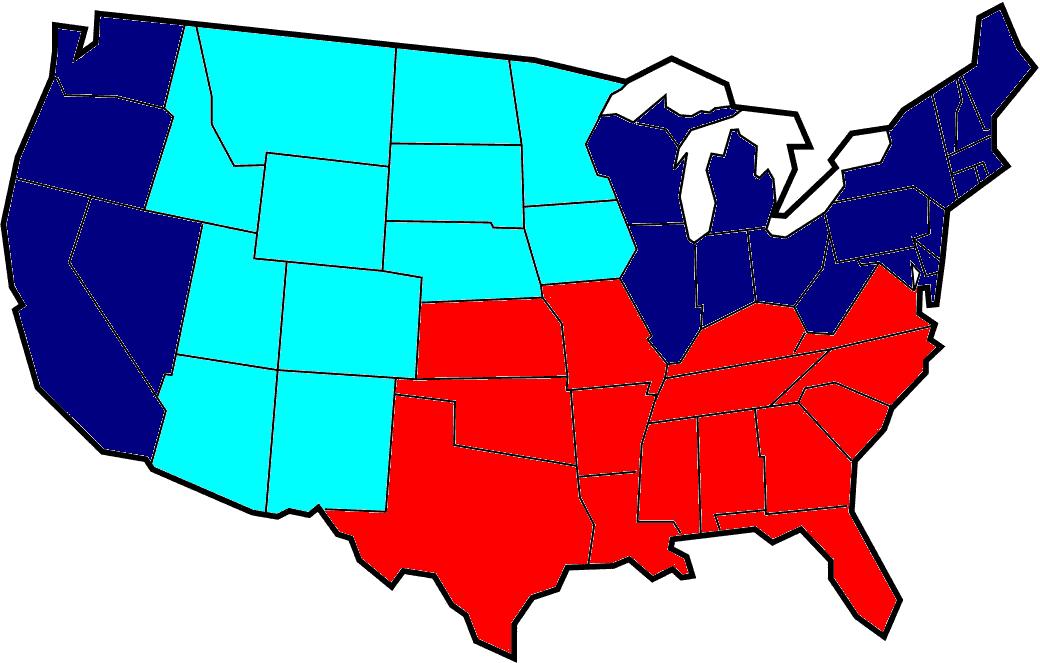 Here’s what I mean about George Carlin’s wall:

Mark Up: What I did on the weekend » « Music Rules: Blondie’s Autoamerican turns forty