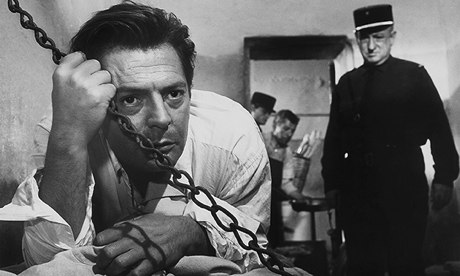 The life of an Atheist (from Visconti’s the Stranger)

I have what you might say is a ‘strained relationship’ with my mother, for reasons not worth getting into here.  But we do spend some time together and as she is a big reader, I often loan her books I’ve already finished, despite our wildly opposed tastes.  One summer I gave her a stack including The Road, a couple books of poetry by Rimbaud (it had that ‘weird style’ where the words ‘don’t make sense’ apparently), and The Stranger by Albert Camus.  It wasn’t meant to be a pile o’ bleak, just what I’d been reading at the time.  A week or so later we were in the car, where she’d normally go on about her troubles at work and coworkers that she doesn’t like.  This particular sunny afternoon, she paused for a long moment and told me this…

“If you’re ever on trial for something, even if you didn’t do it, make sure you pretend to be upset.”

I thought it was the most bizarre thing I’d ever heard, and it took me a few days to realize– she thought I was l’étranger.

In the first pages of the novel the apathetic main character doesn’t cry at his mother’s funeral, which serves as evidence of his heartless nature in his future murder trial.  Regardless of what that implies about my relationship with my mother (Maman est thankfully not morte), it said a lot about her opinion of me.  Note that she said ‘pretend to be upset,’ because nothing could upset me as the stoic, humorless bastard I am.  Years before I settled on being an atheist, and identified as an agnostic (on Facebook alone probably, as I can’t imagine wanting to have that conversation with her), she told me she was fine with it as long as I ‘believed in something.’ 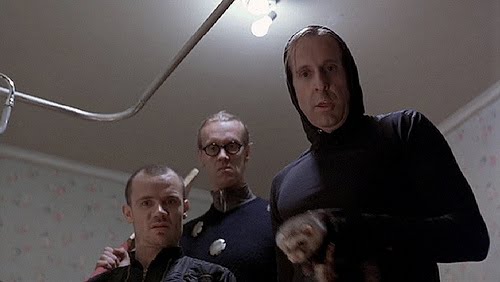 We believe in nothing, Lebowski!

Being an atheist would be troubling, as though I was smoking and she’d tolerate it for now, ‘as long as I was healthy.’  Why?  Because it was disturbing to think that I might really believe in nothing.  To her, Christianity is a pleasant, happy thing where you’ll meet dead relatives in heaven and live in familial harmony forever.  Being an atheist is denying that, not only for yourself, but denying that it even exists.  It’s the reason people say ‘Aww,’ and wrinkle their foreheads when you mention your non-beliefs.  (Or is that just me?)  Being an atheist is being a hater of everything, believer of nothing. 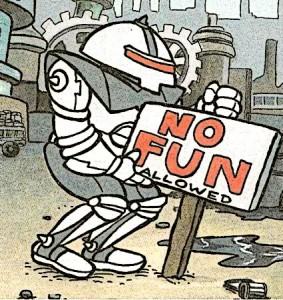 We never had that conversation again after my views changed, but she’s seen me cry at a funeral, laugh, grumble about my own job.  Yet I am still l’etranger in her eyes.  Maybe it was just my taste in books– bleak poetry, nihilistic philosophy and babies on spits.  At least she didn’t focus on the last part.  Well, I’m off to go stare at the sea, stare at the sand, and not kill anyone of any ethnicity.

The Cure performs a song inspired by L’Étranger

The Beast from Seattle was born in the ’80s, is a big queer goth weirdo, and the kind of person who’ll break his keyboard trying to get every last cat hair out of it.  He wrote a term paper defending lurkerdom and normally never comments anywhere, but Great American Satan will keep squeezing posts out of him until his natural tendencies win the day.

It’s Down With Cis Day! » « Spring Fashion Confession, or How I Learned to Stop Worrying and Love FtB