Thanks to transphobia, public restrooms have become a hot topic and I have started paying attention to how they are labelled in different buildings. Today I saw these somewhat unusual signs for public toilets in a building: 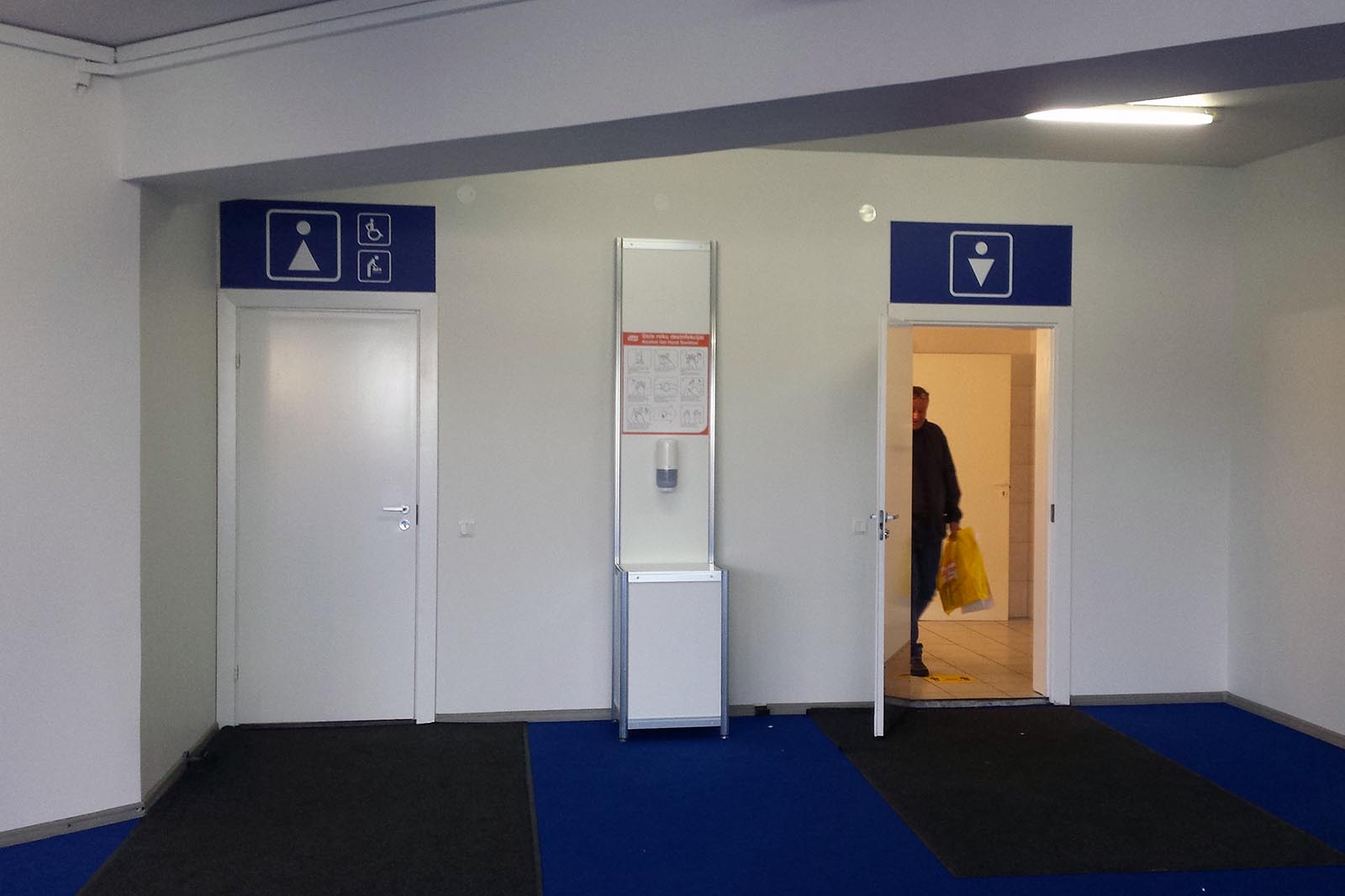 Aren’t they fun? Women, men with babies that need changing diapers, and men in wheelchairs use one restroom. The rest of men use the other restroom. This brings up certain interesting questions.

How come that architects who designed these spaces didn’t fear that male rapists will borrow a baby or sit down in a wheelchair in order to get access to women’s toilet so as to rape somebody in there?

How come they didn’t fear that fathers with babies or men with disabilities are an inherently dangerous population that cannot be let anywhere near women’s spaces?

Hint: transphobia. Thanks to transphobia, bigots fear letting trans women anywhere near women’s toilets while being perfectly OK with some cis men using the same spaces.

Also, why the sexism? Men are discriminated, because, unlike women, fathers with babies don’t have a corresponding space where to change their kid’s diapers. Women are discriminated, because these spaces were designed with the sexist notion of nasty and rigid gender roles, which dictate that women must be the primary caretakers of young children and don’t have a right to expect their male partners to help with childcare chores.

Ultimately, life would be so much simpler if we could just have the same restroom for men and women. Just put individual cabins in there so that everyone can pee in privacy, and that’s enough: there really is no good reason why people cannot wash their hands while standing next to somebody who has a different gender.