His show Last Week Tonight did an excellent job deconstructing what Critical Race Theory is and how the right wing, by means of massive distortions funneled through their echo chambers like Fox News, has managed to persuade some white people that it is part of a widespread campaign to demonize them as evil. They are not evil. But these people are snowflakes who get really bent out of shape by any suggestion that the history of the US has resulted in racist policies that favor white people being embedded in its political and legal structures. They also do not want their children to engage with issues of race at all, never mind the fact that children of color have no such choice since they have to engage with issues of race pretty much every day.

Oliver says that the laws to ban the teaching of CRT in schools (something that rarely happens since CRT is an academic discipline usually taught in graduate schools, especially law schools) are really being pushed by those who want public funds can be given to allow parents to pay for their children to attend private schools, a movement that goes by the name of ‘school choice’.

While I have been watching the tragedy of Russia’s invasion of Ukraine unfold, and view it as a gross geopolitical miscalculation by Russian president Vladimir Putin, the members of the US trucker convoy that is trying to replicate what happened in Canada see a darker conspiracy at work, that the Ukraine invasion was designed to take attention away from their effort.

Ryan Wright stood around a campfire in Lupton, Arizona, a town on the Navajo reservation where members of an American trucker convoy protest were resting for the night. As the fire flickered he discussed a conspiracy myth about the Russian invasion of Ukraine.

Putin’s invasion of Ukraine, he proffered, was a distraction. “I’m not the only one that feels this way,” Wright said. “But I feel like it’s a big fat smokescreen to keep everyone distracted on what is really going on in the world.”
END_OF_DOCUMENT_TOKEN_TO_BE_REPLACED

Another annoying item that could be added to the above list is asking you to press 5 to leave a callback number. I have never, ever felt the need to do that. What is the point if you can leave a message anyway?

Is there anyone who does not know by now that you start your message at the tone and hang up when you are finished? Furthermore, people now tend to send text messages rather than leave a voicemail anyway. And those who do receive a voicemail message often call or text the number of the sender rather than listen to the message.

I read some time ago that this utterly redundant message was created simply to use up your minutes so that phone companies could squeeze out more money from you. I do not know if that is true and could not find a confirmation, nor could I confirm that some cell phone service providers still do not allow you to disable these messages.

Peter Beinart provides a thoughtful analysis of the Russian invasion of Ukraine and the responses.

In 1943, the Hungarian-born journalist Arthur Koestler wrote: “In this war we are fighting against a total lie in the name of a half-truth.” That’s a good motto for American progressives to adopt in the wake of Russia’s full-scale invasion of Ukraine.

Saying the US stands with Ukraine because America is committed to democracy and the “rules-based international order” is at best a half-truth. The US helps dictatorships like Saudi Arabia and the United Arab Emirates commit war crimes in Yemen, employs economic sanctions that deny people from Iran to Venezuela to Syria life-saving medicines, rips up international agreements like the Iran nuclear deal and Paris climate accords, and threatens the international criminal court if it investigates the US or Israel.
END_OF_DOCUMENT_TOKEN_TO_BE_REPLACED

The news out of Ukraine is following the depressingly familiar pattern that always accompanies war: death, destruction, and refugees fleeing their homes.

This version of the Vietnam protest song became a #1 hit in 1970 but its message is timeless.

Pamela Moses, a resident of Tennessee, tried to register to vote, after completing her period of probation for a felony violation. People in that state are ineligible to vote if they are on felony probation. She submitted a document signed by her parole office that said that the had completed her parole. The state of Tennessee argued that she had not, if fact, completed her parole and that she had tricked the parole officer into signing the document.

Mark Ward, the judge at the trial, gave her and her lawyer a scolding for her supposed fraud.

“You tricked the probation department into giving you documents saying you were off probation,” [Ward] said.  Judge Ward drilled Moses over her past convictions and the fact that she was already on probation when she committed the voting crime.  “After you were convicted of a felony in 2015, you voted 6 times as a convicted felon,” he said.
…

The hearing turned contentious when Moses’ lawyer tried to tell the court about the probation department’s role.  “Your honor let me school the court for a second,” the attorney said.   “You need to stop talking sir. Sit down! Sit down!” the judge responded.

END_OF_DOCUMENT_TOKEN_TO_BE_REPLACED

I woke up this morning to the news that I had been dreading.

Russia launched a wide-ranging attack on Ukraine on Thursday, hitting cities and bases with airstrikes or shelling, as civilians piled into trains and cars to flee. Ukraine’s government said Russian tanks and troops rolled across the border in a “full-scale war” that could rewrite the geopolitical order and whose fallout already reverberated around the world.

In unleashing Moscow’s most aggressive action since the Soviet invasion of Afghanistan in 1979, President Vladimir Putin deflected global condemnation and cascading new sanctions — and chillingly referred to his country’s nuclear arsenal. He threatened any foreign country attempting to interfere with “consequences you have never seen.”

Ukraine’s president said Russian forces were trying to seize the Chernobyl nuclear plant, site of the world’s worst nuclear disaster, and Ukrainian forces were battling other troops just miles from Kyiv for control of a strategic airport. Large explosions were heard in the capital there and in other cities, and people massed in train stations and took to roads, as the government said the former Soviet republic was seeing a long-anticipated invasion from the east, north and south.

END_OF_DOCUMENT_TOKEN_TO_BE_REPLACED

Mack Lamoureux of Vice News spent three days among the Ottawa protestors towards the end of the protests and provides a detailed look (accompanied by many short video clips videos) at their views and how quickly the protests collapsed as soon as the police moved in. He says that many of the protestors were shocked that the police forced them to leave, because they thought that they had the right to occupy the streets. This was likely because they are not members of the demographic that is treated aggressively by police.

The occupation of Ottawa, which lasted three weeks, started, on its face, as a protest against vaccine mandates for truckers crossing the U.S.-Canada border, but for the organizers and attendees, it was always about something more. The “freedom convoy” people harbored many other right-wing grievances, raised millions of dollars, and grabbed extensive international media coverage, particularly from conservative outlets in the U.S. Once the protesters arrived in Ottawa, authorities just allowed them to pull their big rigs in front of Parliament, and the trucks honked and honked and sat there for the duration.
END_OF_DOCUMENT_TOKEN_TO_BE_REPLACED 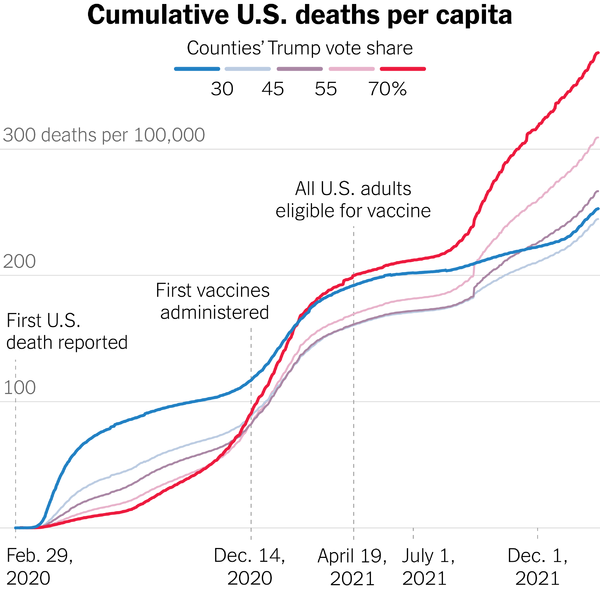 END_OF_DOCUMENT_TOKEN_TO_BE_REPLACED

I wrote recently about the scam that was attempted on me by having friendly chat messages sent to me by young East Asian women. But that seems like small potatoes compared to the elaborate scam revealed in a well-made new British documentary that was just released on Netflix that describes a conman who used the dating app Tinder to meet up and romance women and con them out of hundreds of thousands of dollars. The documentary tells the story very effectively through the voices of three of his victims. I could tell that the documentary was well made because even though the subject matter is so foreign to me (internet dating and lifestyles of the rich), I found myself gripped.