Alex Gibney has a new documentary The Crime of the Century that looks at the opioid drug crisis and the shameless role played by the big pharmaceutical companies like Purdue and the Sackler family who profited greatly from the deaths of many people and the destruction of families and communities, topics that I have covered many times before. They were aided and abetted in their crimes by government officials and lawmakers who cut deals with the Sacklers and top Purdue executives to allow them to escape the consequences of their actions and retain their ill-gotten billions.

Here is a detailed review by Saloni Gajjar.
END_OF_DOCUMENT_TOKEN_TO_BE_REPLACED

As the cost of renewable energy keeps going down and the technology used to generate and store it improve, the fossil fuel industry, especially coal, is feeling the pinch as energy companies move away from using fossil fuels. Despite Trump’s electioneering promise to coal miners that he would revive the industry and bring back the mining jobs that were disappearing, he did not really do anything other than eliminate some clean air regulations.

The latest effort by Wyoming, one of the nation’s biggest coal mining states, is a measure of how desperate the situation is for the industry. It is telling other states, “Buy our coal or else!”
END_OF_DOCUMENT_TOKEN_TO_BE_REPLACED

I have discussed before the increased trend towards color-blind casting of films and TV shows, which I see more in British productions than in American ones, along with the related issue of cultural appropriation.

In general, I favor color-blind casting and have got used to it. To see people of color playing roles where they would not normally be seen in such positions, such as the aristocracy in costume dramas of a bygone period, seems increasingly unexceptional to me.

But I started to wonder if by having such portrayals, we might be inadvertently downplaying the racist repression that existed in those times. For example, in the TV series Bridgerton, people of color play lords and ladies in England a couple of centuries ago which is not even remotely close to reality. Would some viewers leave with the impression that this was the reality of those days?

It would seem that one would have to be massively ignorant of history to fall into such a way of thinking but given that there are reportedly people who think that humans lived alongside dinosaurs because they are portrayed that way in the cartoon show The Flintstones, one cannot totally discount the possibility.

Matt Simon writes that airports have lots of open spaces and big buildings that are never in shadow, which would make them perfect places to locate solar panel arrays. It would be much easier and provide a bigger return than an equal area spread out over residential roofs. For example, Denver International Airport has 53 square miles of usable space, enough to provide up to 30% of its annual energy needs and, on sunny days, all of it.
END_OF_DOCUMENT_TOKEN_TO_BE_REPLACED

It was just a month ago that I posted about how the numbers of covid-19 cases in so many countries in Asia and Africa were much lower than models predicted and India was cited as one example. That situation has changed dramatically since then. The average number of daily deaths in India had reached a low of less than 100 on March 8th but as of yesterday had rocketed up to about 2,500. This figure shows that it is now around Brazil’s daily death rate. That country’s leader Jair Bolsonaro is being blamed for his downplaying of the danger of covid-19 and ignoring expert advice on how to deal with it. 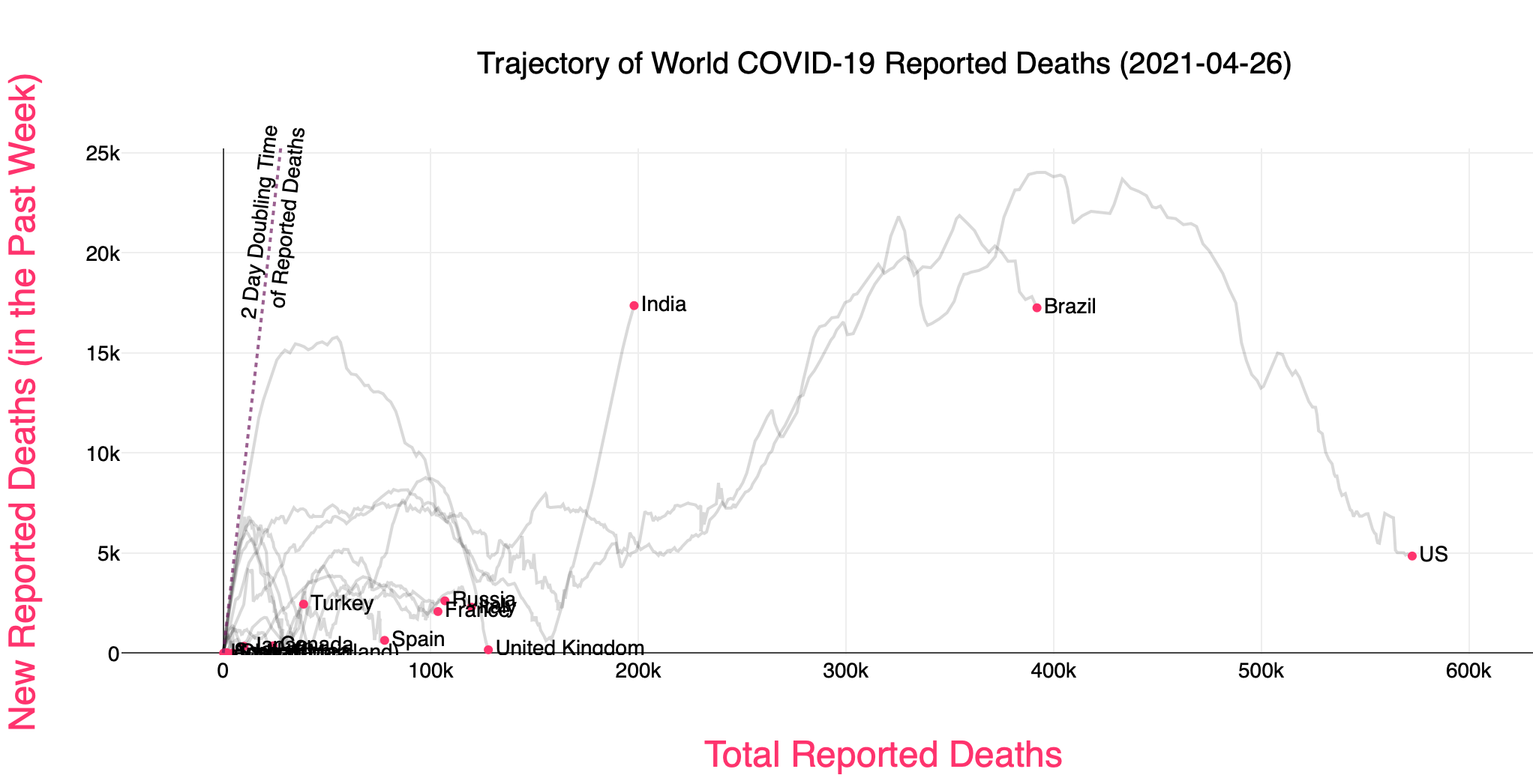 END_OF_DOCUMENT_TOKEN_TO_BE_REPLACED

A private school in Florida (of course!) is actually barring vaccinated teachers from interacting with students. The school fees are pretty high which shows that this school caters to the high income and high wealth population.

A Miami school has discouraged teachers from getting the Covid vaccine, saying any vaccinated employees will be barred from interacting with students.

I have long been interested in how we perceive time. There are many markers of time’s passage, daily and seasonal changes and biological changes being just some of them. Albert Einstein revolutionized our understanding of time by saying that physical time of an event is what is given by clocks placed at the location of the event, and then showed that the interval in clock readings between any two events depended on the state of motion of the clocks.

But there is also the psychological perception of time, the sense of how much time has elapsed when one has no external means such as a clock or diurnal rhythms to keep track of it. In an experiment, 15 volunteers were kept in a deep cave for 40 days without any means of knowing the passage of time other than their sense of it.
END_OF_DOCUMENT_TOKEN_TO_BE_REPLACED

We know that mirages occur in the desert or on highway and many of us have seen them ourselves. But I had never seen the effect reported in this article where a ship seems to float above the sea. 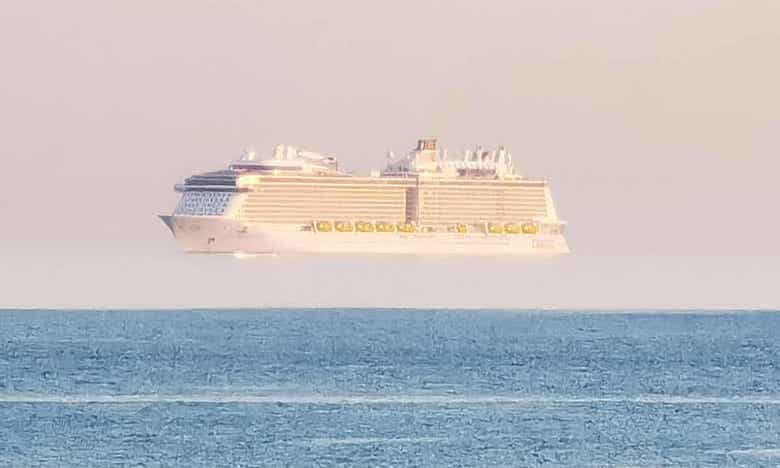 END_OF_DOCUMENT_TOKEN_TO_BE_REPLACED

I know almost nothing about cryptocurrencies or the blockchain technology that undergirds it. I was aware that all transactions by currency holders are recorded on a distributed public ledger, which apparently is what is meant by a ‘blockchain’. I had been aware that these currencies, of which there are many in addition to the best known one of bitcoin, are not backed by any government like ‘real’ currencies are. Their value is maintained by having their production limited by having it ‘mined’, which is a metaphor for actions that are done by computers.

Elizabeth Kolbert writes about how this ‘mining’ works.
END_OF_DOCUMENT_TOKEN_TO_BE_REPLACED

I have been seeing a lot of stories such as this one about how staying at home and social isolation has resulted in some people changing their personal hygiene habits, sometimes entirely jettisoning some of them.

Working from home, shielding, not socialising or just losing the will to blow-dry appear to have had many of us questioning whether our pre-pandemic personal hygiene and grooming habits were really necessary. And, with routines disrupted, it is perfectly possible to get to the end of the day before wondering if you have brushed your teeth. Or putting off your morning shower until you have done some lunchtime exercise, and then not bothering to do that either.