In a post earlier today, I discussed the serious issues surrounding Donald Trump’s charge that Ted Cruz may not be eligible for the presidency. But there is a lighter side to it and what Cruz should really worry about is what Orly Taitz thinks.

As long time readers know, I have long had a mad crush on this triple threat of lawyer/dentist/real estate agent, an immigrant from the former Soviet Union herself, who has made it her life’s work to prevent ineligible people from becoming president. I was thrilled when she visited this blog and commented, even though it is clear that my love for her is unrequited.

She filed case after case against Obama and got nowhere. So what does she think about Cruz? The bad news for him is that she is an equal-opportunity birther, respecting no partisan boundaries and she thinks he is ineligible too, even though she agrees with Cruz’s and Tea Party policies. She thinks Marco Rubio and Bobby Jindal are also ineligible.

Doggedness is Orly’s middle name. Once Orly is on your case, she never lets go, so this should be a real source of worry to Cruz and Rubio. Unfortunately for our litigation-hungry heroine, she has switched her voter registration from Republican to Independent and so she likely will not have standing to sue Cruz or Rubio until and if one of them becomes the Republican nominee at the convention in July

The flap over Ted Cruz’s’ citizenship has become the source for considerable humor. 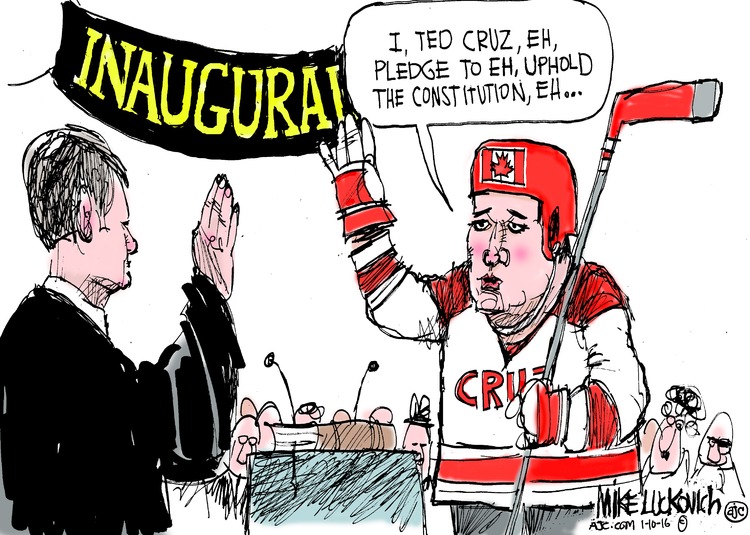 The Daily Show also had a clip about Cruz’s birther problem.

(This clip aired on January 7, 2016. To get suggestions on how to view clips of The Daily Show and The Nightly Show outside the US, please see this earlier post. If the videos autoplay, please see here for a diagnosis and possible solutions.)