Oh gosh. We know what to blame for our current situation now. Fantasy Role-Playing Is Hurting America! I heard this same claim back in the 1970s, although usually the argument was that it was the Satanic imagery that was going to invoke occult forces. This guy takes a different tack — he’s going to invoke Steve Bannon as an authority. I prefer the occult forces.

Senior points to a 2018 documentary in which Bannon explains to a filmmaker how, when working in the internet gaming industry, he was surprised to learn just how many people are devoted to playing multiplayer online games. Bannon interprets this intensity through the grid of a hypothetical man, Dave from accounts payable, in the days after his death.

“Some preacher from a church or some guy from a funeral home who’s never met him does a 10-minute eulogy, says a few prayers. And that’s Dave,” Bannon says. He contrasts this boring, real-life Dave from accounts payable with Dave’s online gaming persona: Ajax. Ajax is tough and warlike. When he dies in the fantasy, there’s a funeral pyre and thousands of people come to mourn Ajax the Warrior.

“‘Now, who’s more real?’ Bannon asks. Dave in Accounting? Or Ajax?” Senior writes. Bannon realizes that “some people—particularly disaffected men—actively prefer and better identify with the online versions of themselves.”

OK, this isn’t very interesting or surprising. Yes, people can be inspired by stories, can identify with a cause greater than themselves. This has always been true. It’s not unique to video games, but has been the foundation of religious and political movements for millennia. It’s just that occasionally someone decides that finding identity in a cause is bad when they dislike the cause (like videogames), while simultaneously saying that finding identity is a cause is good when it’s something they like (like Christianity). This article is the same old story — video games bad, Christianity good, therefore the only problem is which fantasy you choose to follow.

I can at least credit the author for realizing he could be walking into a trap. Why isn’t his Christian fantasy also dangerously seductive and misleading people’s lives? Easy. Because Christianity is different.

Yet the way of Jesus is quite different. A Christian vision of heaven is not Valhalla with wine (or grape juice) instead of mead. Valhalla—and almost every other pagan vision of an afterlife—looks backward. It’s the echo and celebration of the warrior’s success in the life that was.

The kingdom of God doesn’t find meaning there. It brings meaning by joining our stories with an altogether different narrative—the story of Jesus. His life is our life. His glory is our glory. And Jesus redefines what wisdom and power really are—by embracing an object found most baffling by the Romans and other pagans of his day: the cross.

When we start to really understand and embody that in our churches, maybe fewer Daves will find their identities in either accounts payable or Ajax online. Maybe more of them will see that there’s glory in the ordinary, in giving your life away for the people you love.

Except…he’s still saying that believing in religion is a way to find “glory”. It’s still a tool to trick people into thinking their mundane lives can be made “glorious” by layering on a belief in a fantasy. Maybe also he should take a look at some of the Christian iconography out there — these would fit perfectly into the imagery of a fantasy role playing game. 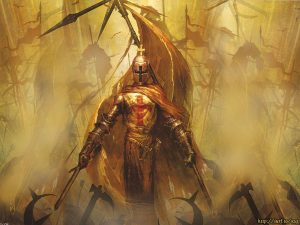 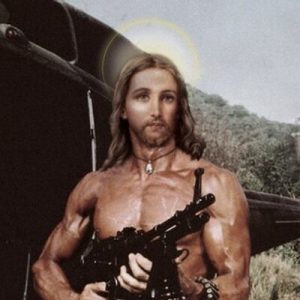 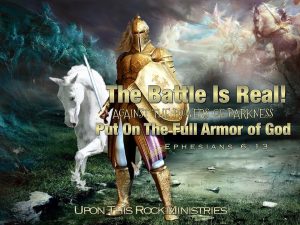 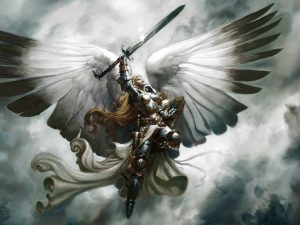 If World of Warcraft and Dungeons & Dragons are hurting America, I think a better case could be made that the biggest role playing game of them all, evangelical Christianity, is destroying the country.

The skunk is free! » « Morning surprise