I tried calling the authorities about our little skunk problem.

The humane society wasn’t equipped to deal with skunks. They suggested I call the police.

The police (who have been disbanded) couldn’t do anything. They suggested I call the DNR.

The DNR doesn’t have any officers in town. They suggested I call the police. When I said I had, they told me I’m on my own.

So…I threw an old tarp over the cage, opened the door while wearing goggles and heavy gloves, and the skunk scurried off to our backyard without mishap, fortunately, although the tarp is now rather stinky. Unfortunately, though, we found out where our skunk family lives: under our deck. 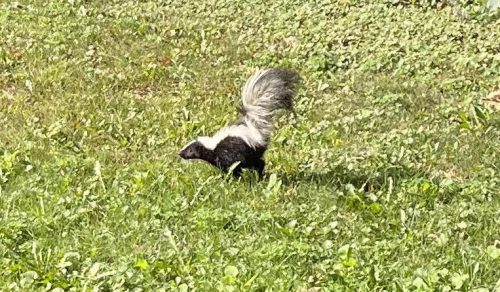 The most horrible video I’ve ever made » « Which fantasy is hurting America more?