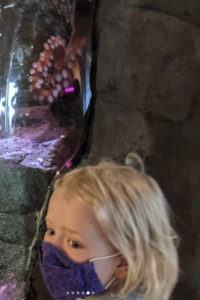 A few months ago, my granddaughter Iliana got to visit the Seattle Aquarium, along with many other Pacific Northwest landmarks. Here she is communing with the Giant Pacific Octopus that was there.

Good news! The aquarium has set the octopus free! Transporting him in a garbage can seems a little undignified, but the important thing is that now he can wander in Puget Sound, looking for mates and, we hope, siring many progeny. 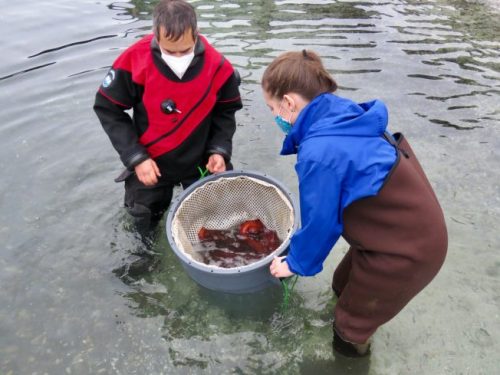 Clean him out, shut him down » « What are you wearing?