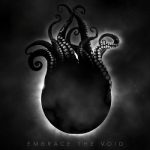 Last Fall, there was a conference held in London, the Sovereign Nations conference. The ‘star’ speakers were Peter Boghossian, Helen Pluckrose, and James Lindsay, so you already know where this is going — the “grievance studies” whiners got together in London to howl at the moon and complain about how they were losing the culture war. The twist here is these were atheists gathering under the leadership of a Christian Nationalist group led by Michael O’Fallon. Curiously, I first heard about this event because Richard Dawkins endorsed it, because apparently he’s a big fan of Boghossian and assumed that anything he was willingly entangled with would be part of the godless agenda. Unfortunately, Sovereign Nations is more focused on Christian conservatism, opposing immigration, complaining about the World Health Organization, and hating George Soros. I guess the Boghossian/Pluckrose/Lindsay trio are willing to overlook their association with an organization dedicated to Catholic dominion because they share a mutual contempt for social justice. If you must, you can read an account of their conference. Or you can read Godless Spellchecker’s live tweeting of the con (curiously, there’s also a strong association between Sovereign Nations and the Mythcon asstwinks.)

Wakey wakey. I'll be providing some commentary from the Speaking Truth To Social Justice conference today. A really ideologically diverse group of people in the room today. pic.twitter.com/OlpQryXB1N

They’ve since moved on to creating a new blog, New Discourses, with those three prominently featured; right now, Lindsay seems to be providing most of the content, if you really need a day of reading bad writing and bizarre logic. The discombobulating thing is that New Discourses is Sovereign Nations media, owned by Michael O’Fallon, who wants to promote conservative Christian Nationalism, and yet these arch-rationalist/skeptics/self-proclaimed liberals are willingly associating themselves with the religious right.

It’s a somewhat surprising fellowship until you recognize that there are two things that unite them: a hatred of social justice, diversity, and racial equality, and…MONEY. They’ve been bought and paid for by O’Fallon.

I think it's impossible to brush this off as just strange bedfellows. New Discourses is owned by the Sovereign brand, a far right org, but pretends to be a liberal org. This is the essence of ideas laundering, an accusation the grievance folks like to level at academics.

Boghossian and Lindsay were both managers at New Discourses.

Addendum: It wasn't just James managing New Discourses. Apparently Boghossian was a manager for a while too, though he no longer appears to be. This means they both worked for O'Fallon as launderers of right wing talking points and conspiracies. https://t.co/VpSjCrOxmX pic.twitter.com/q3ctiAnG6k

This is remarkable. It’d be like discovering that Freethoughtblogs was sponsored by Jerry Falwell Jr, and that I was being paid under the counter by Liberty University. You’d know instantly that there was something more to our agenda than what we were openly stating, and you’d instantly see a mass exodus of our bloggers. Yet Boghossian and Lindsay still claim to be objective rationalists and secularists and part of the atheist movement while being propped up by a Catholic zealot who promotes conspiracy theories and hydroxychloroquine.

Aaron Rabinowitz provides an excellent analysis of these repulsive bedfellows and their filthy philosophical positions and the Kama Sutra of twisty rationalizations they use to bring them together on the Embrace the Void podcast. Listen to that…it’s a mind-boggling hour of revelations. Did you know that the pandemic is a social justice warrior conspiracy to take over the country?

Finally, my political stance has a label » « A sad announcement from Ed Brayton