How sad to see my fellow old white men melting down over Greta Thunberg. They seem to be offended about the fact that she is chastising us for inaction, and worse, contributing to the ongoing problem. Learn to take criticism better, people! 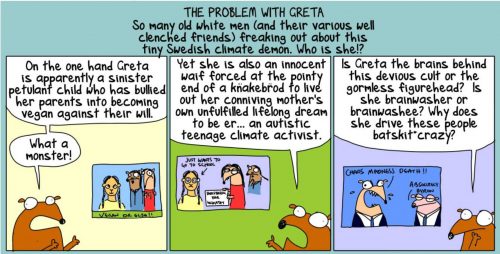 Every day I seem to discover yet another old guy exposing the rot in their brain. The latest victim: Dan Simmons. That’s disappointing, since I read his book, The Terror, and enjoyed it, and heard that he’d written other good books that were on my list of future explorations. But now, no, I’ve scratched him off the list, I won’t bother — there are so many good authors and good books out there that I don’t need to patronize some weird ranty science denialist. 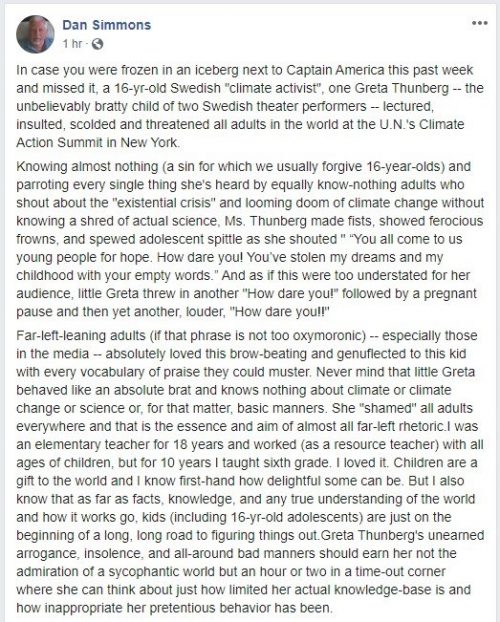 Not only is he petty and sneering at a young girl, he’s a climate change denialist. I looked at some of the other stuff he’s put online, and he’s also a bit of a gun nut and political reactionary, but it’s the scoffing at the science that kills his reputation for me. You know, if you’re going to spit on someone whose message on the climate is “listen to the scientists”, I’m not going to listen to you.

Greta Thunberg certainly has been an excellent crank detector.

Another of the fruits of the Enlightenment was time travel, I guess » « Spider pigmentation is engrossing