It begins with the screaming of the bee. We looked down into a flower patch, and there was an innocent honeybee, snared in a spiderweb, twirling maniacally and buzzing frantically as it struggled to get free. Mary told me to free it…I said “No,” callously. 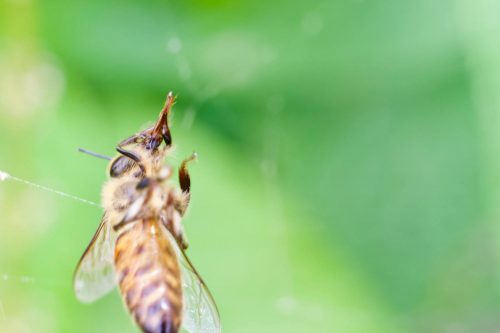 I followed the lines of the web, a rather tattered orb at this point, and found what I was looking for — the claws of the predator, peeking out from under a leaf. 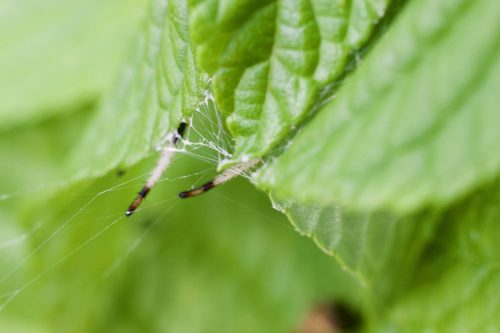 I folded the leaf over, and there she was, waiting patiently. I asked Mary to hold the leaf while I took a few photos. 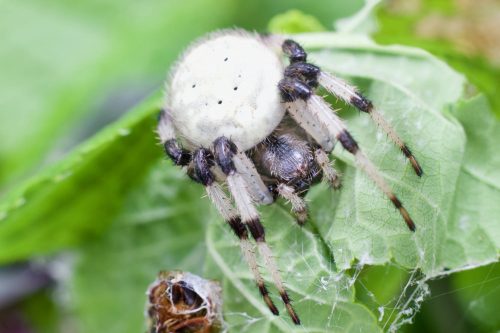 Notice the husk of a dead bee wrapped in silk at the bottom of the picture. There were others scattered around, and clearly she’d grown to this massive size on the blood of honeybees.

By the way, not seen in the photo, off to the right, Mary is holding the leaf maybe a centimeter away from the beasts jaws. She was fearless.

A little further along, we found a tiny version of the spider above. I’m holding it here between thumb and forefinger on a bit of leaf. 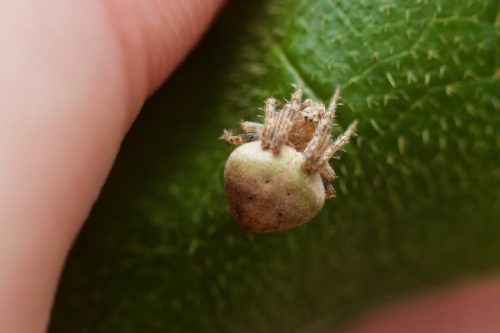 This one was tricky to photograph — it was a bit skittish. A moment after this was taken, it ran to the edge of the leaf and jumped off. I grabbed its dragline as it launched into the air, so I was holding it by a thread of silk, still trying to get its picture, which was kind of impossible. It kept lowering itself, so I told Mary to catch it, and she held out her hands as a platform for me to lower it onto.

She didn’t flinch, didn’t tremble a bit, just held her hands steady as the spider landed. Then, unfortunately, it just scampered away and leapt into some brush.

I really should have another camera person on these trips to record Mary’s acts of heroism.

Then we found a crab spider. 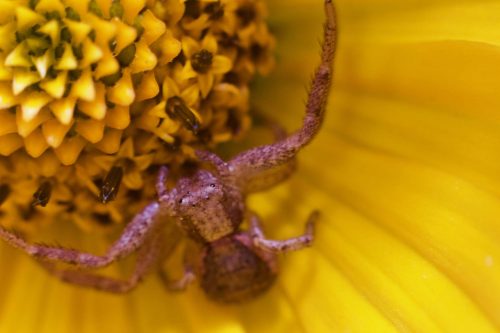 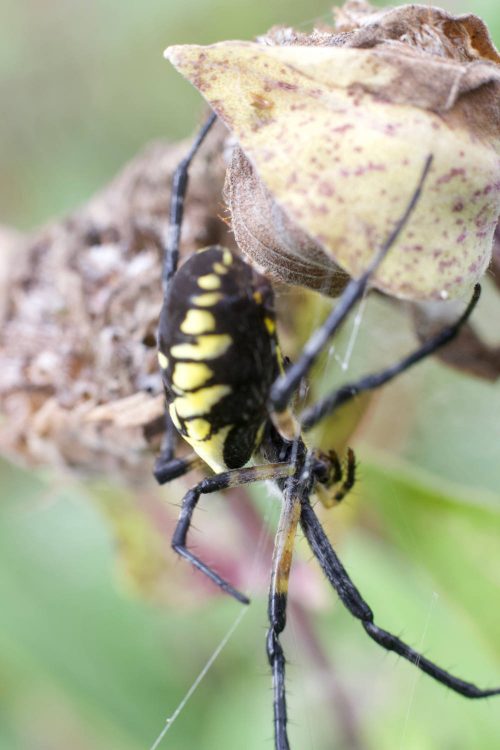 Then we went home. Is it lunchtime yet?