I wouldn’t want to be in its path. The WaPo has a stunning collection of images. 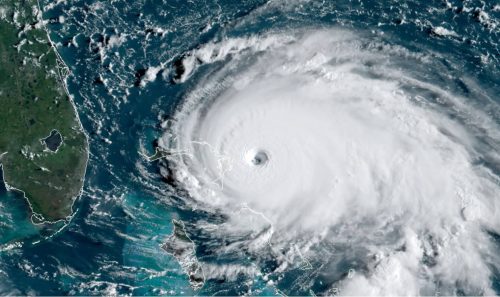 It’s bashing the Bahamas now, but I think it’s eyeing Florida. Be safe out there!