I went for a walk in lovely downtown Morris today, and was rather disappointed. Tegenaria has taken over! Where earlier this summer I would have found the delicate, airy cobwebs of my favorite false black widows, there was nothing but these thick, dense sheets of webbing leading to tunnels of silk with these massive spiders lurking within. 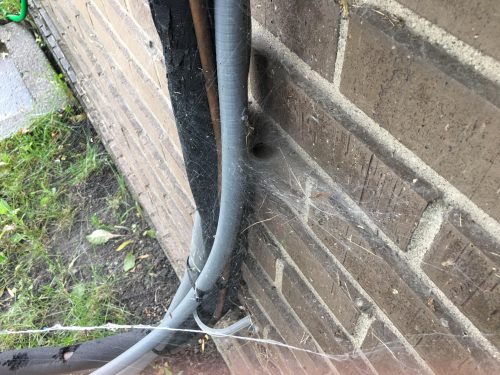 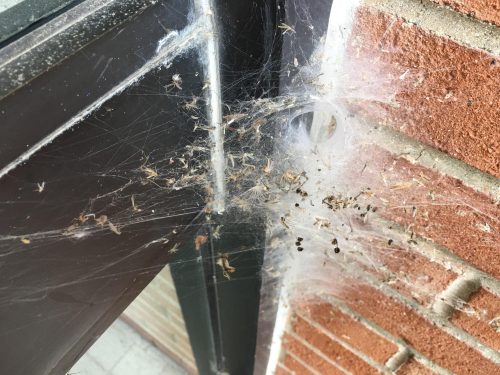 OK, fine, they’re still spiders…but they’re far more shy than Parasteatoda. I’d gently and slowly ease my camera lens towards them, but long before the spiders were in focus they’d dart deeper into the tunnel. It was frustrating. I started seeing the utility of this probe lens.

Oh, my. That is one sexy lens.

But no, I do not have that lens, and never will*. So instead I stuck my finger in one tunnel and tore it open, exposing the inhabitant, who promptly leapt out of his hidey-hole, hit the ground running, and streaked out of sight. I saw her long enough to ID her as Tegenaria domestica, the common Barn Funnel Spider, but wasn’t fast enough to get her picture.

But I did find one surprise. Coexisting in the tunnel with the barn spider was this lovely lady, Steatoda borealis. She’s much smaller than the funnel weaver, which may be why she escaped getting eaten, but she seemed quite happy to be shacked up with a completely different species. The web was thick with dead prey, too, so it may be that the surplus of good eatin’ spared her as well. 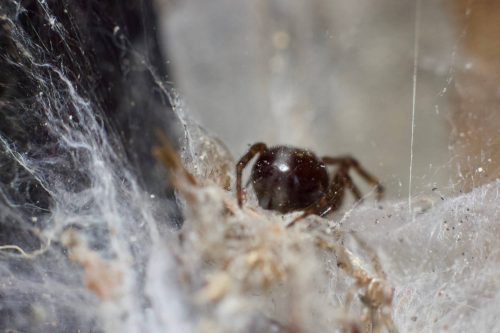 Unfortunately, there was an annoying trend today of spiders only showing me their butts. I saw one lonely Parasteatoda hanging out by the library, and she also only gave me this view. 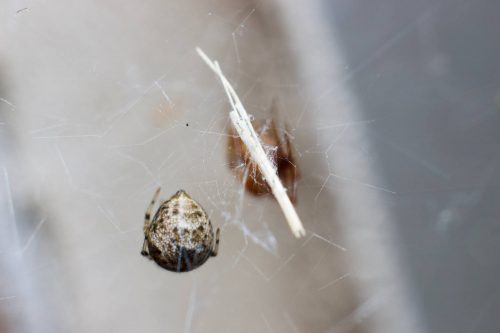 For a little change of pace, I also saw lots of Jagged Ambush Bugs (not a spider) over by the courthouse. Strangely, they were all in pairs. I have no idea what they could have been doing, but at least they were colorful. 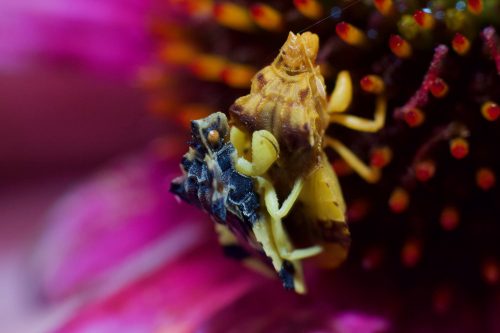 * I will never own that lens because a) it’s $1500(!), b) I have no disposable income right now, since everything is tied up in this stupid SLAPP suit to the point where my wife is going to have to settle for a $20 birthday present this year, and c) even if I had that much money in my wallet it’s too specialized to tempt me. But it sure looks cool.

Rats, I missed the Straight Pride parade in Boston » « Suck it up, cupcake