There’s something I’ve been missing in the superhero movie genre — characters who aren’t defined entirely by their superpowers. There’s always been some of that, of course: the whole point of Spiderman, for instance, is that he’s a teenager struggling with responsibilities, and Batman is the grim vigilante. Sometimes the personalities are getting lost in the milling crowd of magical abilities vying to be expressed in glorious CGI, though.

And what about Superman? He was vastly overpowered to the point where his multitude of unstoppable powers were utterly boring, and got in the way of the story. But the one thing that did make him interesting was that he was the personification of kindness and decency, something that’s been lost in the movies, at least since the Christopher Reeve version.

Sometimes the comics still remind us of that core of his character, though. So here’s a little story about Superman’s cat. 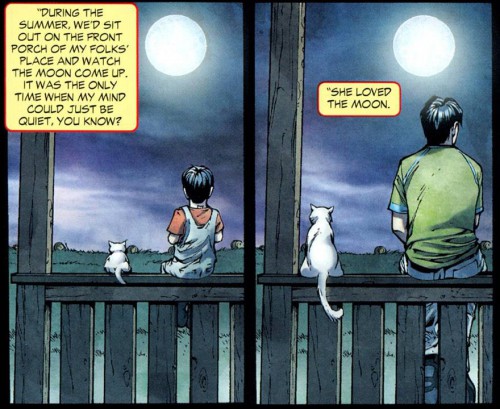 It’s not the superpowers, it’s what you do with them that makes for a good story.

On the absurdity of g » « Feminists are doomed…to laugh