MLive.com has an interesting take on this weekend’s protests:

On the plus side the newspaper might be useful for starting your fireplace later this year.

I’m not the only one, apparently, who believes that sometimes the headlines are enough:

END_OF_DOCUMENT_TOKEN_TO_BE_REPLACED 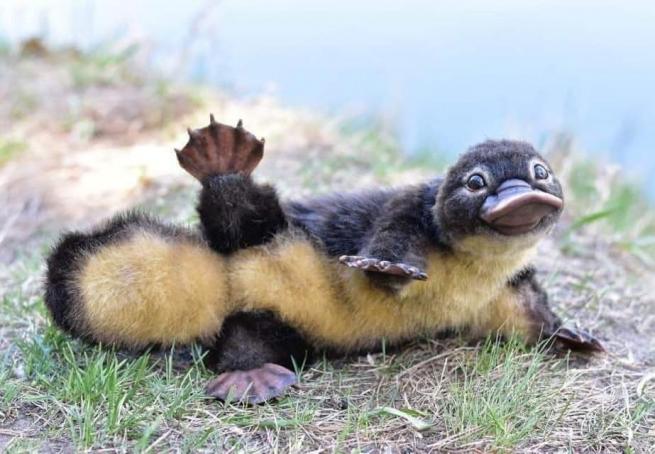 Apparently there was a secret plot hatched in Latvia 5 millennia ago to release Yersinia pestis into the world in order to take down Constantinople, usher in the Dark Ages, and then prolong them by sweeping through the entirety of Europe in the 14th Century. Per Agence France Presse:

Researchers said Tuesday they had found its first known victim: a hunter-gatherer who lived 5,000 years ago in what is now Latvia, whose remains carried the Yersinia pestis bacteria that causes the disease.

“The analyses of the strain we identified shows that Y. pestis evolved earlier than thought,” Ben Krause-Kyora, head of the aDNA Laboratory at the University of Kiel in Germany, told AFP.

Notice how they aren’t even investigating the possibility that Y. pestis escaped from an early Latvian virology lab? Yet more evidence of widespread conspiracy. The only way to combat this is to rename the Black Death. From now on, we’re calling it the Latvian Plague.

Microscopy closeup of Ophiojura, a newly discovered species from a newly known genus, from a family related to brittle stars that were last known to exist in the Jurassic.

So, there’s an article up on Raw Story about how House Republicans are likely to impeach VP Harris and/or President Biden should they gain a majority in 2022. In discussing this fact, some people claim that elected Republicans don’t necessarily want to engage in a corrupt tit-for-well justified tat. Rather, according to retired House member Tom Rooney:

“It might not necessarily be what some of those guys want to do, but it might be what the base expects. People want Armageddon.”

Rooney wasn’t saying that he thinks that impeaching Biden would be a good idea should Republicans retake the House in 2022 — only that parts of his party are feeling incredibly vindictive. And that type of severe partisanship is why Rooney decided not to seek reelection in 2018.

Brendan Buck, a Republican media strategist who worked for two former GOP House speakers — Paul Ryan and John Boehner — told the Times, “We’re in an era where you need to make loud noises and break things in order to get attention. It doesn’t matter what you’re breaking — as long as you’re creating conflict and appeasing your party, anything goes.” [emphasis mine]

As the title of this post says, the fact that they’re willing to go along with a raging mob in violating the spirit of the constitution in order to preserve the privileges of their elected position and further their own power says nothing positive about House Republicans. But it certainly does say something negative about the US media landscape that “breaking things” results in the media attention that generates political power.

This… this just blew me away. I’ll let it speak for itself:

This is the perfect match.

ETA: Argh. The picture is showing up just fine in edit mode, but I can’t see it on the page here. I don’t know how many people this display bug might be affecting, but I’m going to try to fix it. Well, here’s a link anyway:

I loved both Juno & UA, and I loved the performances of the actor Elliot Page in both of them. But until today I did not know that he is trans:

END_OF_DOCUMENT_TOKEN_TO_BE_REPLACED

Exactly what it says. I chose Snopes because they have additional information (as limited and vague as it may be, it’s hard to be more precise) with links to separate articles with the details of the aspect of voting, requesting an absentee ballot, or other issues that concerns you most.

Please, click this link and do everything you can to make sure you’re prepared.

You have to wonder sometimes about these gun fondlers. There is yet another story, this one from a semi-rural location I and many Oregonians know well: Lincoln City. It’s a small place, not that attractive in its city center, but it has a gorgeous, peaceful lake separated from the beach by only feet and the ocean by only a few tens of yards. The Dee River from the overflow of this misnamed “Devil’s Lake” to the ocean itself is the shortest river (definition requires year-round flow, not temporary rivers that flow only during flood season) in the world.

Yet now there’s another reason to think of “short” and “Lincoln City” together. There’s not much to tell save for what’s in the headline, but if it’s worth anything, you can read about yet another dood shooting himself in the dick in honor of his right to self-defense.

PS. Of course he hadn’t bothered to do the paperwork for a gun permit, that would have impinged on his constitutional freedoms. So when he gets out of the hospital, he’s going to face multiple criminal charges for endangering others and weapons violations.