The harmonica is versatile musical instrument, found in many genres of music: blues, rock, country, jazz, folk, and many others.  In the hands of an amateur, it sounds terrible, but a skilled player can make even the cheapest dime store mouth organ sound like a professional instrument. 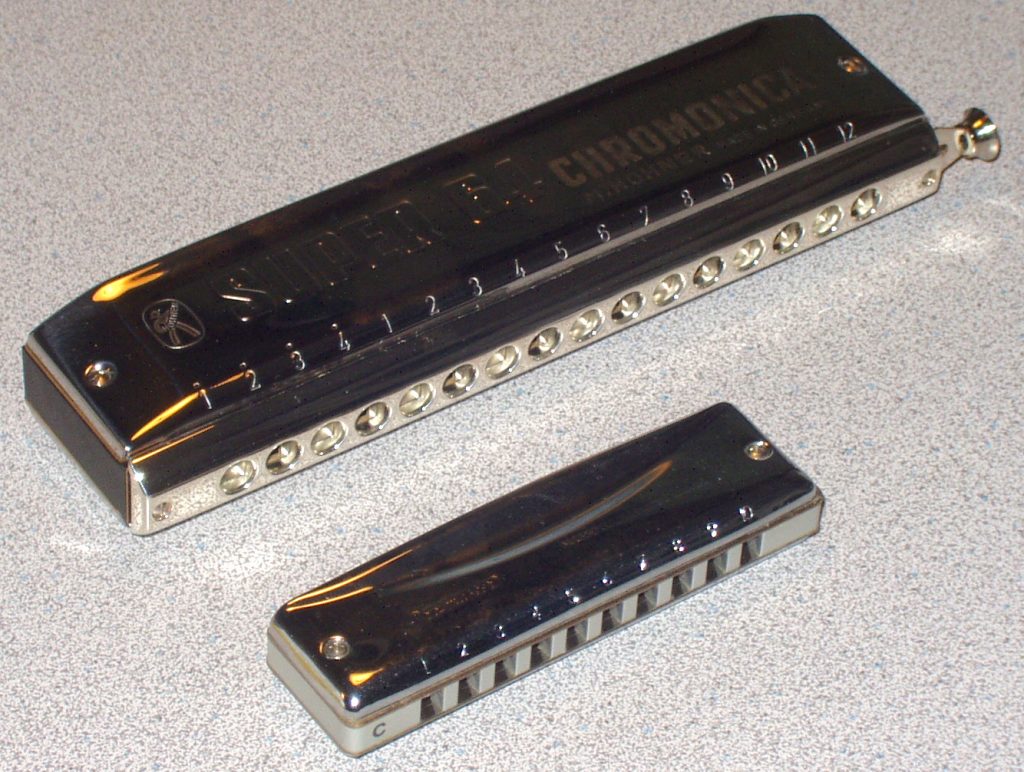 The history of the instrument can be traced back to the Sheng from China in the 11th century.  Christian Gottlieb Kratzenstein created a reeded instrument in the 18th century to help people to speak, and Christian Friedrich Buschmann created a musical instrument in 1821 (hence saying 200) that was later improved by Matthias Hohner in the 1850s.  It was first exported from Germany to Japan in the 1890s, then later to other countries.  They were orignally intended as piano tuning instruments.

German-Americans first brought the harmonica to the US until after the civil war, where it quickly became popular because of its price and ease of learning.  It was quickly adopted into popular song of the day.  Hohner went from a small company selling tens of thousands to selling millions within the span of a few years.

It was World War I (and other later wars) that popularized the instrument primarily for its portability and size.  During the US wars of independence and civil war, people transported drums, flutes, trumpets, violins, etc.   They were the most portable instruments of their day, but they were still bulky.  A typical harmonica, however, is small (most are 4″ x 1″ x 1.5″), very light (85-110g or 3-4 oz.), and easily fits into a pocket.  They are made of durable metal (even now), and can withstand some amount of dirt, mud and water.  For bored soldiers needing portable entertainment, it held great appeal.  There are many stories and pictures of soldiers using them across Europe during WWI, World War II, Korea, Vietnam, and elsewhere.

19th and early 20th century harmonicas were made in Germany and Japan (Yamaha became the second largest manufacturer), so when World War II came along, Americans shunned both companies.  Many US startups created their own, building cheaper and lower quality harmonicas.  Into the 21st century, nearly all US makers have ceased, while Hohner and Yamaha continue to dominate the business.

The harmonica was viewed in the US as a lower class, poor, and Black people’s instrument in a racist country, so it never attained social acceptance in some quarters.  But in music, its ease of use and price made it immediately popular, and it quickly became part of the musical landscape.

One thing that sets the harmonica apart from most wind instruments is breathing.  With nearly all woodwind or brass instruments, players blow and must intermittently take breaths, finding places throughout a song or piece (similar to competitive swimmers desperate to take in air).  Harmonicas produce sound not only when the player blows air out, but also when the player sucks air in.  There is never a need to interrupt play.

Blowing and sucking air produce different adjacent notes of the scale, which makes for a smaller instrument.  A diatonic harmonica is only four inches wide but can produce three octaves, plus having the ability to play single notes or chords. Pitch bending is also possible, adding sharps and flats to major scales.  Harmonicas come in all key signatures (switch instruments for songs), though most are in the key of C or G.  Chromatic harmonicas are larger and usually used to play single notes.

Little Walter is one of the most influential (and arguably best) harmonica players ever, both in terms of music and technique.  He popularized the sound and played with clarity that stood out despite the lower quality recording technology of the day.

Buddy Greene’s medley performance at Carnegie Hall is legendary, as is this 1994 TV performance.

Learning the basics of the harmonica isn’t that difficult.  For singers in rock and blues who can’t play a guitar or other instrument, just the ability to play chords can add to a band’s sound and make a singer more versatile.  A harmonica can add as much to a band as a saxophone.

Here are a few links to read:

Smithsonian: A Brief History of the Harmonica

Yamaha: The story of the birth of the harmonica