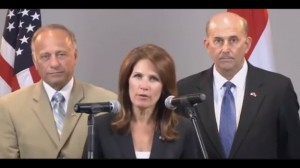 Years ago at the dawn of the blogging era there was a site run by a right-wing evangelical named Joe Carter. The man ran a fun site, in part because he was more than willing to let people like me post harsh criticism in comments about Iraq or creationism. One thing that always stuck in mind from those days, written by Joe during the Iraq debate, was something along the lines of “Democracies do not attack each other.” While most of us understood the hopeful sentiment, it was plainly nonsense and as I recall he was quickly taken to task. Fast forward to 2013, just in case there was any doubt how the right feels about democracy, when that democracy isn’t a compliant pro-western one, it was laid to rest this weekend by these three whackaloons: END_OF_DOCUMENT_TOKEN_TO_BE_REPLACED 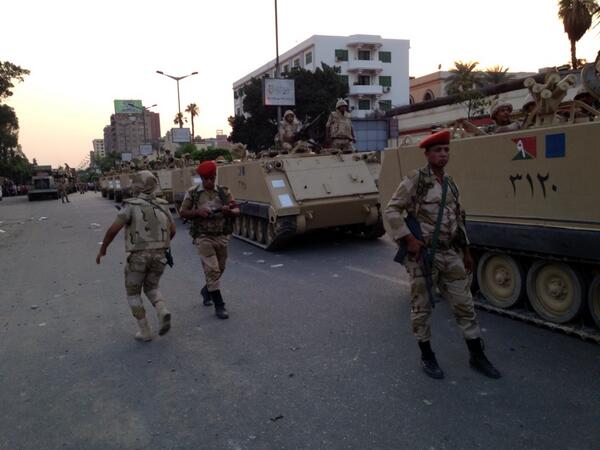 Via NYT — CAIRO — With a potentially violent showdown looming between Egypt’s military and the Islamist backers of President Mohamed Morsi, the country’s top generals summoned civilian political leaders to an emergency meeting on Wednesday to discuss a new interim government while moving tanks toward the presidential palace and restricting Mr. Morsi’s travel — new signals of an impending military takeover. A top presidential adviser said a coup already was under way.

Bear in mind the military in Egypt is by some accounts I;m seeing, the less extreme, more secular interest. How it would play out if they take over though is anyone’s guess.

But you better believe there will be one group here in the US who will barely be able to contain their glee at the massacre: END_OF_DOCUMENT_TOKEN_TO_BE_REPLACED

Update 9:30 AM: Winner of the Presidential election is  Muslim Brotherhood candidate Mohammed Morsi. The crowd is going wild, they seem to be in favor of this choice.

Tahir Square in Egypt has been filled to the brim the past few days as protestors wait to hear what people and which parties won their first democratic election in decades. That announcement will reportedly come any second now. BBC News Middle East is streaming. Google has set up multiple news/video feeds here.

No matter who wins, one thing is clear: Egypt has changed forever and that what happens today could quickly reach every nation on earth. END_OF_DOCUMENT_TOKEN_TO_BE_REPLACED