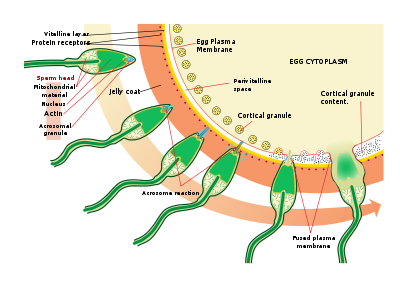 If you know of uber right-wing warrior Ken Blackwell then you know that headline above reads like dog-bites-man. Blackwell was at it again on MSNBC’s Hardball Thursday evening, shilling for a personhood measure called Initiative 26 in Mississippi, where he tried to talk about the science of human development. Surprise! He mangles it hopelessly. Blackwell stated scientists — and the American people — recognize that, at the moment of fertilization, a human being is created. Some people may be divided on this. Science is not.

If you would like to see what a real scientist thinks about Blackwell’s foray into the unknown you can do it right here on FreeThoughtBlogs! PZ Myers at Pharyngula isn’t merely a scientist, he’s not just a biologist, he’s a developmental biologist. But if you want to suffer through my brief layman’s rundown on some of the major points that undercut Blackwell, read on.

In the Beginning … OK, there is no beginning, there is no moment of fertilization and certainly no moment when life is created. Eggs and sperm are every bit as alive as you and I. When they are properly introduced in utero, or test-tubo, a series of exquisitely delicate steps unfold, each of which is so wicked complicated you could spend your entire professional life studying one small part. See here for an outline of just some of the things that happen from the time a fated sperm touches the lucky egg’s surface to the time the first full complement of 23 pairs of chromosomes are in place inside. A lot of things can wrong along the way, resulting in an non-viable egg that never develops, or one which carries serious and potentially lethal birth defects. Which one of these myriad processes Blackwell is referring to under the umbrella of conception is unclear. Probably because has no idea about any of them.

If the first full complement of chromosomes are formed, successfully, several mitotic divisions swiftly take place. In a matter of hours there are two cells, then four, followed by eight, etc. What emerges is one of the first major stages in human development, called a Blastocyst, containing 70 to 100 cells. 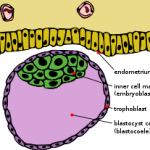 But only a few will collect in a small glob called the embryoblast, the rest will form a fluid-filled cavity called the trophoblast that will, if everything goes according to plan, form the placenta. During this time Ken Blackwell’s one person can give rise to two, as in the case of identical twins, or more, i.e., identical triplets, and there is no theoretical limit to how many individual people Blackwell’s purported one human being could turn into. This is ultra basic science, undisputed, observed, and it has been known for decades.

Blackwell’s definition of a human being seems to revolve around a simplistic view of conception, where conception means a fertilized egg containing 23 pairs of chromosomes. If so millions born with trisomy 21, aka Down’s Syndrome, or similar conditions would not be a person. Identical twins or triplets on the other hand would be only one person. Not even an ideologue like Blackwell would want to see that. But what’s crucial here is the blastocyst still does not represent conception! At least according to the science Blackwell lays claim to: in 1965, the American College of Obstetricians and Gynecologists adapted the official scientific definition that “conception is the implantation of a fertilized ovum,” and in 1972 this was refined as succesful implantation of the blastocyst in the uterus.  It stands to this day.

Implantation itself is not a single process. Like fertilization it’s broken up into complicated steps, some of which are only now coming to light, and a lot of things can go wrong here too. It is estimated that about half of all fertilized eggs either never become a blastocyst or never successfully implant in the uterine wall. Conception by scientific definition never occurs in these cases, most women would never even know they came close to being officially pregnant.

But personhood proponents like Blackwell would like to unilaterally rewrite that scientific definition, and then in a spirit of the most intrusive big government one possibly can imagine, force doctors and families alike to faithfully observe their hasty revision. If they are successful forget about abortion. The consequences wouldn’t just turn 13 year-old rape victims into mothers, it could cripple in vitro fertilization clinics, end embryonic stem cell research by private and commercial research organizations, and turn millions of women, doctors, and pharmacists into murderers.