For a change, I will actually post something about policies in this election and not about all the other sensational things in this wild and crazy election. The Tax Policy Center has analyzed the Clinton and Trump tax proposals and according to them, for Trump’s plan:

Her proposals would increase revenue by $1.4 trillion over the next decade. Nearly all of the tax increases would fall on the highest-income 1 percent; on average, low- and middle-income households would see small increases in after-tax income..

Blogger Kevin Drum loves charts and many of them succinctly summarize important issues. This one comparing the individual tax consequences of the plans of for people in various income brackets is particularly enlightening. 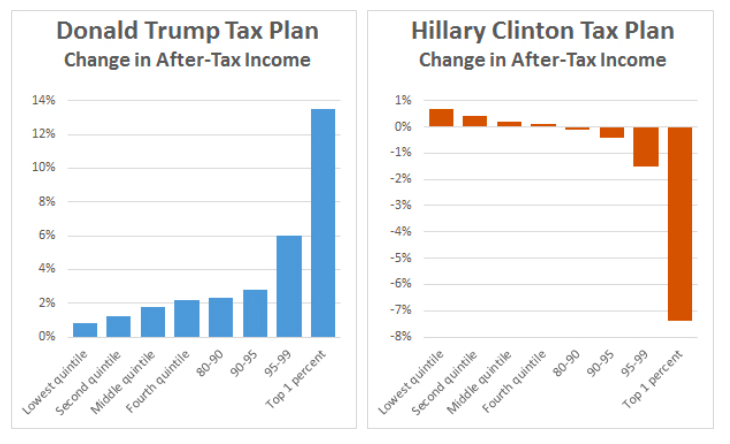 As we see, Trump’s plan will give a huge windfall for the wealthy and drive up the deficit, although he talks about the deficit as a major problem. [UPDATE: The income ranges by quintile as of 2014 can be seen here.]

Of course, these are just campaign promises. What actually gets passed as legislation, if anything gets passed at all in our dysfunctional system, could be quite different.